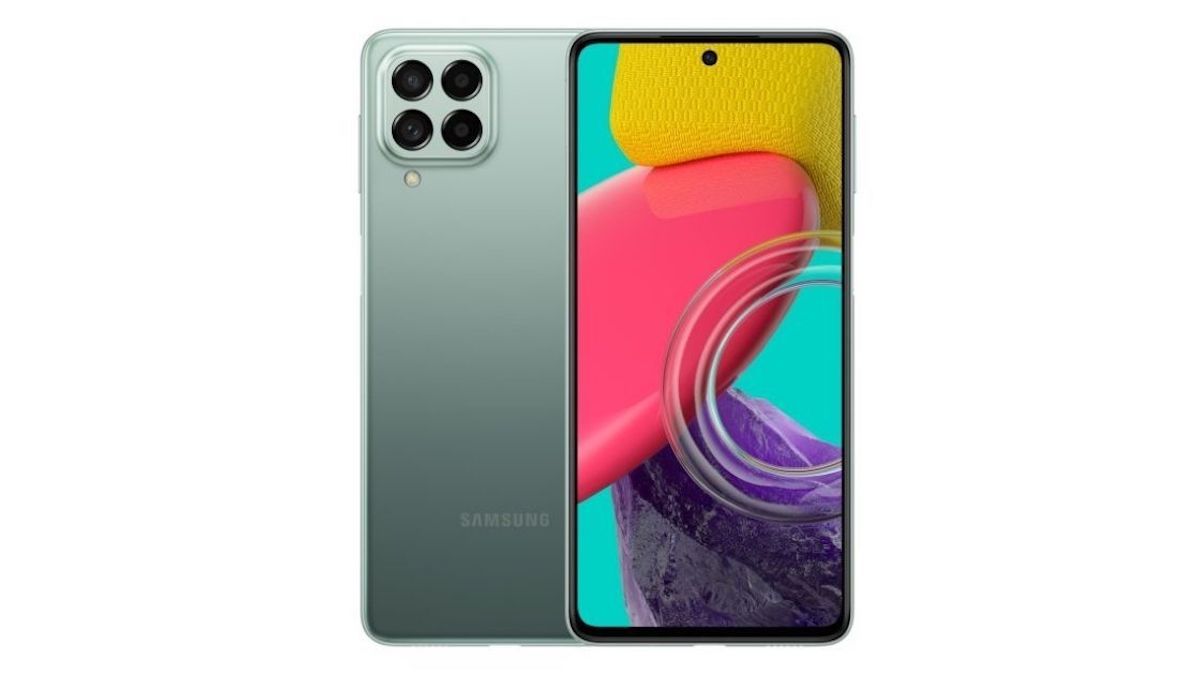 Samsung Galaxy M54 5G specifications have been revealed thanks to the phone’s appearance on Geekbench. The benchmarking website has revealed the phone’s chipset, RAM, and software details, which gives us something to go on. Samsung Galaxy M54 5G launch date isn’t known yet but the phone is expected to be released in India and other markets in the first half of 2023. The Geekbench listing, first spotted by MySmartPrice, reveals the phone’s model number as SM-M546B along with some key specs. Let’s take a look. 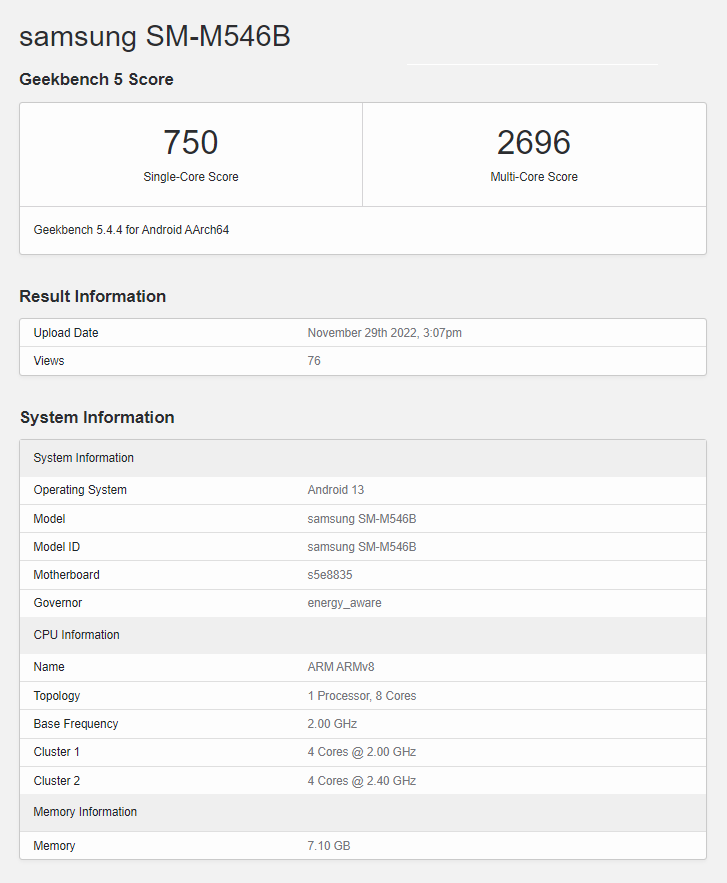 In Geekbench’s single-core and multi-core tests, the upcoming Samsung phone received scores of 750 and 2696. Additionally, the listing discloses that the phone’s power source is a Samsung s5e8835 SoC, which might be the Exynos 1380. This goes against an earlier rumour that suggested the Galaxy M54 5G would have the Snapdragon 888 SoC. Further, the chipset has four cores clocked at 2.4GHz and four cores clocked at 2.0GHz, and is paired with the Mali-G68 GPU.

The listing shows that the Samsung Galaxy M54 5G will have 8GB of RAM, though a 6GB variant can also be expected during launch. The phone will likely offer up to 128GB or maybe even 256GB of internal storage. And it will run on the latest Android 13 update out of the box.

A few reports in the past have hinted that the Samsung Galaxy M54 5G will feature a 6.67-inch FHD+ AMOLED display with a 90Hz refresh rate along with a hole-punch display, like its predecessor. In terms of optics, the phone may sport a triple rear camera setup consisting of a 64MP primary camera, an 8MP ultra-wide angle lens, and a 5MP macro shooter. It is also likely to feature a 32MP selfie camera. The Samsung phone may house a massive 6,000mAh battery with 25W fast charging support.