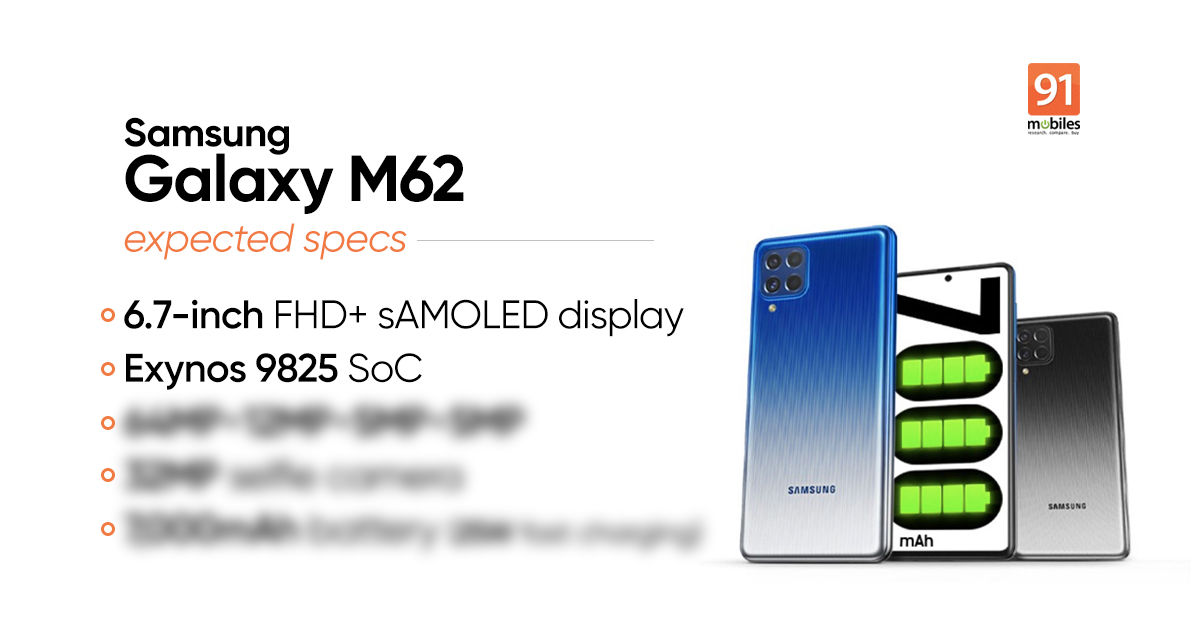 Samsung Galaxy M62 launch date in Malaysia has been revealed and it looks like the phone is indeed a rebranded Galaxy F62. To recall, the Samsung Galaxy F62 launched in India earlier this month with a large 6.7-inch display, 7,000mAh battery, Exynos 9825 chipset, and a 64MP quad-camera system. The Samsung Galaxy M62 specifications and design will be similar, at least based on the teaser poster. The upcoming phone will also feature a large 7,000mAh battery, a square-shaped rear camera module, and a gradient colour finish. 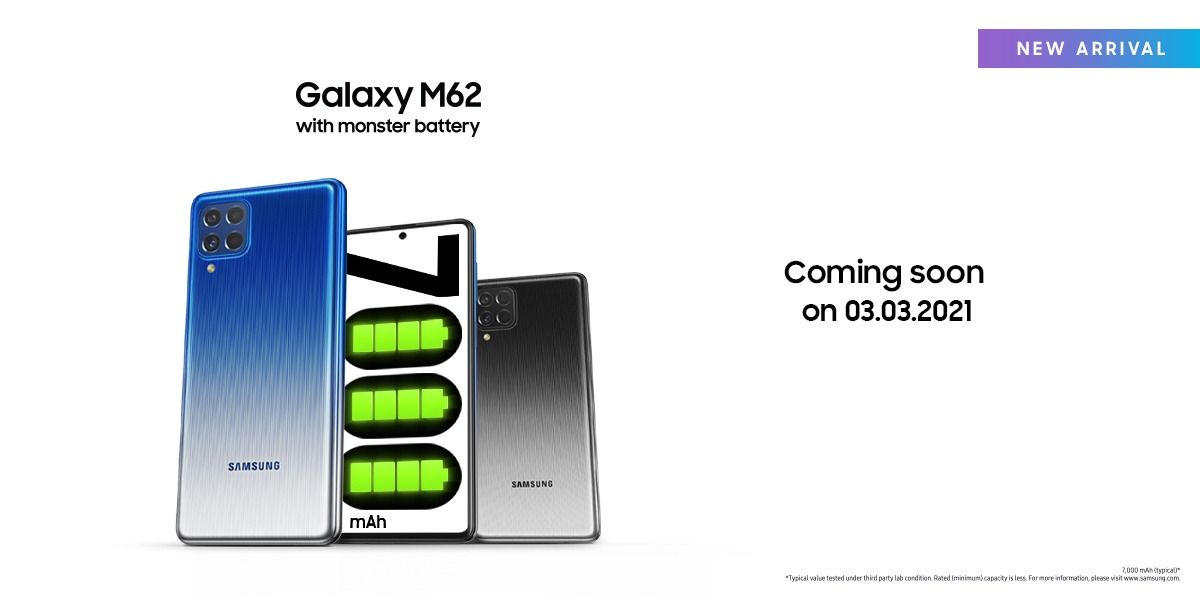 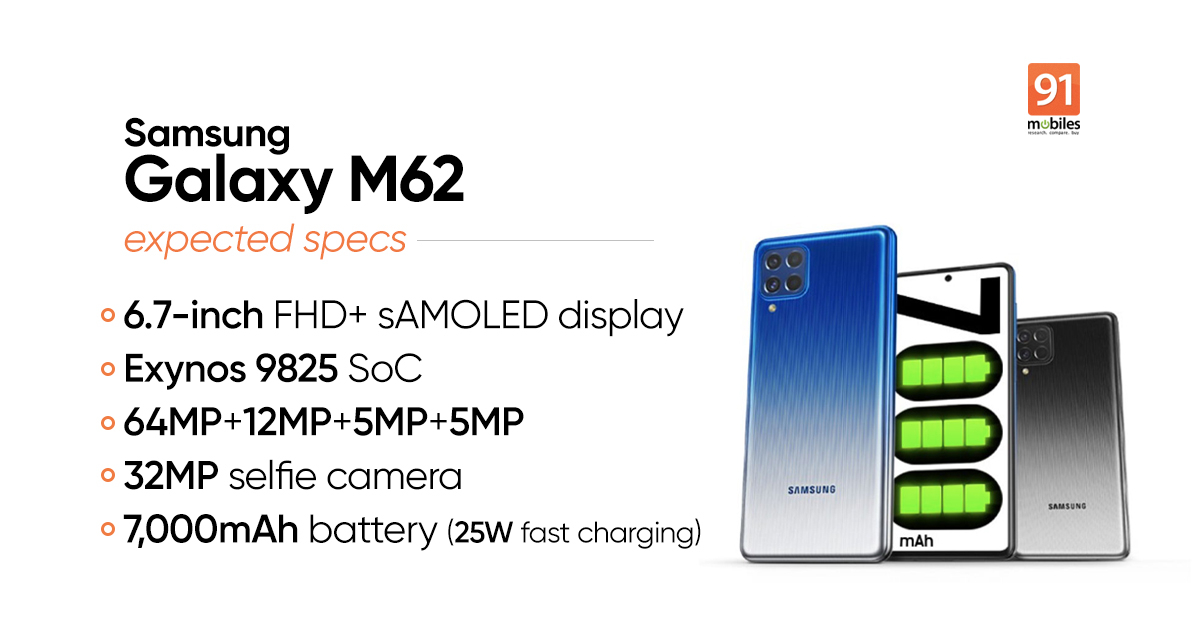 The handset packs a 7,000mAh battery and supports 25W fast charging. The Galaxy F62 comes equipped with a quad-camera system that includes a 64MP primary sensor, a 12MP wide-angle lens, a 5MP depth sensor, and a 5MP macro lens. The device also comes with a 32MP front-facing camera. You can expect to see similar specs on the upcoming Galaxy M62, going by past leaks.