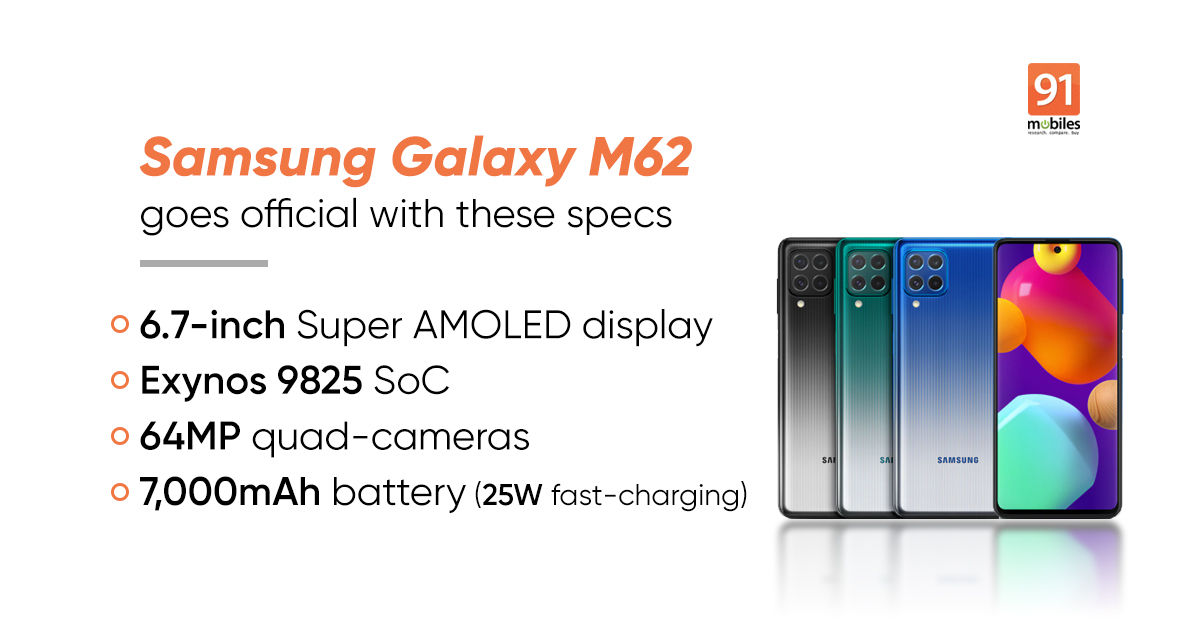 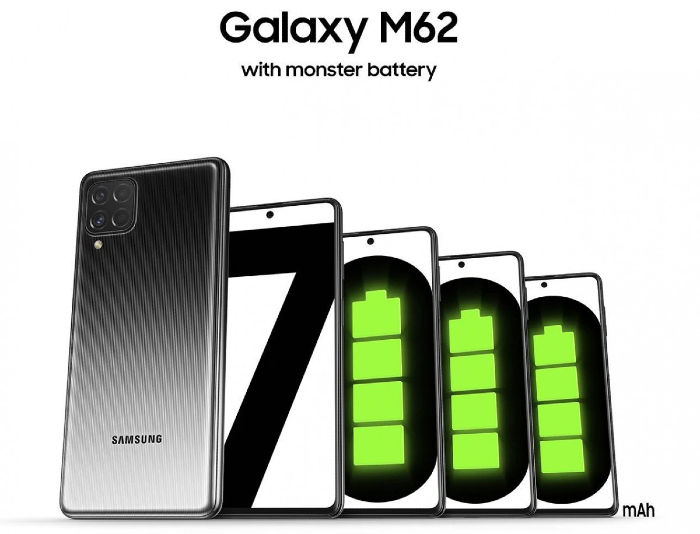 Samsung Galaxy M62 flaunts a 6.7-inch FHD+ AMOLED Plus display with 2,400 x 1,080 pixels resolution, 20:9 aspect ratio, and a centre-positioned punch-hole for the selfie snapper. It is powered by the Exynos 9825 SoC paired with Mali G76 MP12 GPU, 8GB RAM and 128GB UFS 2.1 storage that is further expandable via a microSD card slot up to 512GB. The phone runs on Android 11-based OneUI 3.1 out of the box and packs a 7,000mAh battery with support for 25W fast-charging. Connectivity features include 4G LTE, dual-band Wi-Fi, Bluetooth, GPS, and USB Type-C port for charging and data sync.

Moving to cameras, the Samsung Galaxy M62 has a quad-camera system at the back that includes a 64MP Sony IMX682 sensor, a 12MP ultra-wide-angle lens with 123-degree FoV, a 5MP depth sensor and a 5MP macro lens. It has a 32MP snapper on the front for selfies and video chats. It is equipped with a side-mounted fingerprint sensor for security, Dolby Atmos and Samsung Pay. The phone measures 76.3×163.9×9.5mm and weighs 218 grams.