Samsung Galaxy Note10 has been tipped to feature three variable aperture options, a feature that has not been seen on any smartphone to date. To recall, the Galaxy S9 series smartphones from last year did not include any groundbreaking changes over the previous year’s models but they will surely be remembered for the introduction of variable aperture. However, last year’s models only offered users to switch the aperture between f/1.5 and f/2.4. If a new rumour is to be believed, Samsung Galaxy Note10 series will offer some really interesting imaging opportunities with three-stage variable aperture.

Samsung China engineers said that the Note10 camera will use a three-stage variable aperture: F1.5/F1.8/F2.4

Ice Universe, a tipster who has been rather reliable when it comes to leaks regarding Samsung, has suggested that the Galaxy Note10 will offer three variable aperture options to users, i.e. f/1.5, f/1.8, and f/2.4. For the uninitiated, the widest aperture option among the three (f/1.5) allows the camera sensor to draw more light in, while the narrowest aperture (f/2.4) allows the camera to offer better depth-of-field. With the middle option included, Samsung will essentially offer a middle ground to those who prefer more light than offered with the f/2.4 aperture and better depth-of-field than offered by the f/1.5 aperture. 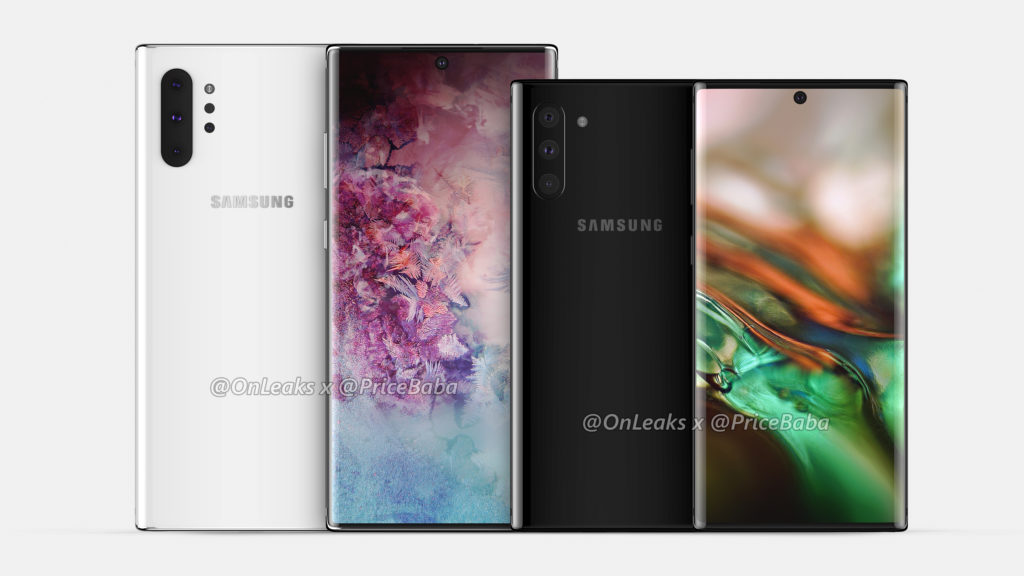 As per earlier leaks, upcoming Samsung Galaxy Note series will be offered in two variants – Galaxy Note10 and the Galaxy Note10 Pro. The former has been tipped to feature a 6.4-inch Dynamic AMOLED screen and 128GB storage, while the latter is expected to feature a 6.8-inch Super AMOLED panel and 256GB storage. The handsets have been tipped to be powered by Snapdragon 855 or the Exynos 9825 processor (depending on the region) and feature a vertically-stacked triple rear camera module. A Samsung Galaxy Note 10e option is also said to be in the works, though there are not many details about this model yet.

The smartphones are expected to feature an in-display fingerprint sensor. The Samsung Galaxy Note10 series offerings are also said to sport a punch-hole display with the selfie camera positioned in the middle rather than on the side. The handsets are also rumoured to come with support for 25W fast-charging tech. Unfortunately, the upcoming Note series phones are said to be the first flagships from the brand to lose out on the 3.5mm earphone jack. The launch date is rumoured to be August 7th and pricing for the standard model has been tipped as $1,000-$1,200 (about Rs 70,000 to Rs 84,000).