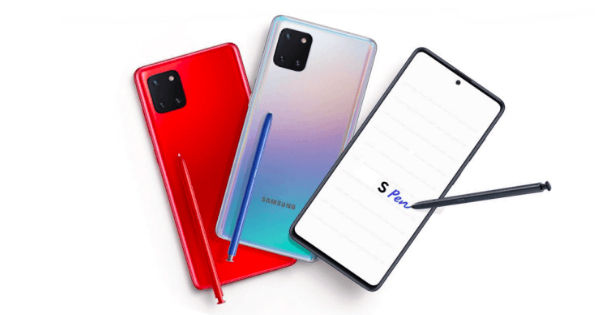 Samsung Galaxy Note 10 Lite and Galaxy S10 Lite are both expected to launch this month and this week we have some official promotional images that pretty much confirm its design, which 91mobiles has exclusively revealed in the past. Official posters of the Galaxy Note 10 Lite and Galaxy S10 Lite have been leaked by MySmartPrice. The images confirm both phones will come with a centred punch-hole display and triple rear cameras in a rectangular module. Both the phones are also expected to come with an in-display fingerprint sensor. The power button and volume rocker are on the right spine, and the Galaxy Note 10 Lite will come with an S-Pen that is said to rock Bluetooth 5.1 connectivity. 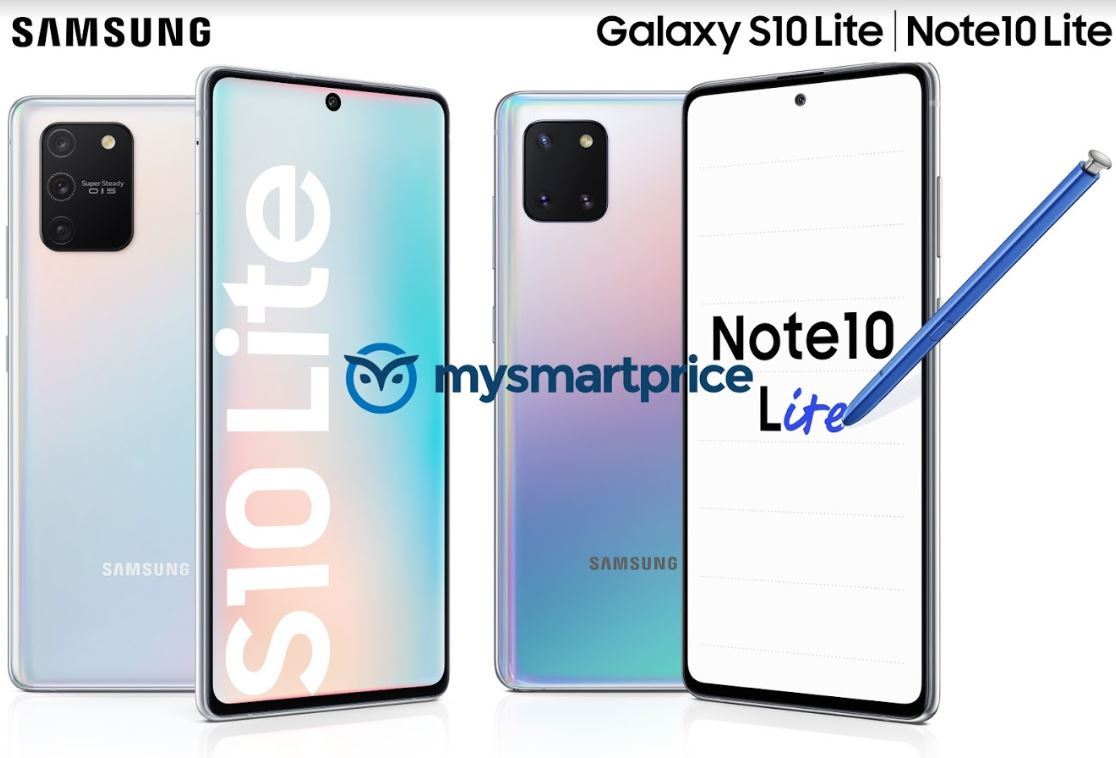 Samsung Galaxy Note 10 Lite is said to flaunt a 6.7-inch Super AMOLED full HD+ Infinity-O display with 391ppi. It is expected to ship with a 2.7GHz octa-core Exynos 9810 SoC coupled with 6GB RAM and 128GB onboard storage that is further expandable via microSD card. The Samsung Galaxy Note 10 Lite is likely to run on Android 10 based One UI 2.0 custom skin on top and pack a 4,500 battery with 25W fast charging technology. Connectivity features include NFC, Bluetooth 5.1, dual-band Wi-Fi, USB Type-C port.

Samsung Galaxy S10 Lite is said to come with a 6.7-inch AMOLED display. It will be powered by a Snapdragon 855 SoC with Adreno 640 GPU, 8GB RAM and 128GB internal storage. The handset should ship with Android 10 with One UI 2.0 on top. The triple camera setup on the back is said to include a 48MP primary camera and a new “Super Steady OIS” feature. The handset will house a 4,500mAh battery with support for 45W Super Fast Charging 2.0, based on recent reports.