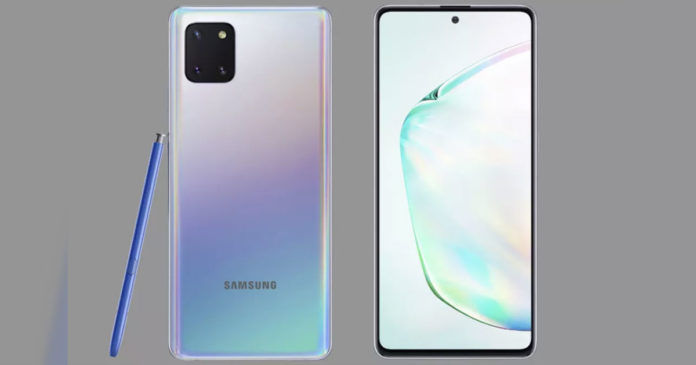 Samsung Galaxy Note 10 Lite has been launched in India. The handset, unveiled alongside Galaxy S10 Lite earlier this month, is the affordable version of the brand’s existing Galaxy Note 10 lineup. The Galaxy Note 10 Lite comes with a Bluetooth-powered S Pen, centred punch-hole Dynamic AMOLED display with an in-display fingerprint scanner, triple rear cameras, and a dedicated 3.5mm headphone jack. The handset also touts a beefy battery cell and the latest Android 10 with One UI 2.0 software running out of the box. The Galaxy Note 10 Lite, however, rocks a dated Exynos 9810 chipset, which was the brain behind the Galaxy Note 9 and Galaxy S9 series smartphones from 2018. Separately, Samsung has scheduled the launch event of Galaxy S10 Lite on January 23rd in India.

Samsung Galaxy Note 10 Lite price in India starts at Rs 38,990 for its base 6GB RAM and 128GB storage variant. The phone’s 8GB RAM + 128GB storage option, meanwhile, comes with a sticker price of Rs 40,999. Both the variants will be available for sale in the country from February 3 via major retail stores, online stores, and the brand’s own online store. The pre-booking for the handset will, however, start today itself from 2pm. The Galaxy Note 10 Lite comes in Aura Glow, Aura Black and Aura Red colour options.

The brand is offering what it describes as an upgrade offer of up to Rs 5,000, which brings down the effective price of Galaxy Note10 Lite down to Rs 33,999.

As for the specifications, the Galaxy Note 10 Lite sports a 6.7-inch Dynamic AMOLED Infinity-O display, which is reminiscent to the other Galaxy Note 10 series offering. The display offers Full-HD+ resolution, has a punch-hole atop for the selfie camera, and houses an in-display fingerprint scanner for security. The phone is powered by an Exynos 9810 chipset, paired with up to 8GB RAM and 128GB user-expandable storage. Just like its siblings, the Galaxy Note 10 Lite also comes with an S Pen that supports Air Gestures and Bluetooth Low Energy, which allows you to navigate a presentation, control your video content or take a picture by clicking the button on the stylus.

In the imaging department, the Galaxy Note 10 Lite sports triple rear cameras with a 12MP primary sensor that bears f/1.7 aperture and OIS; 12MP Telephoto lens with f/2.4 aperture and OIS; 12MP Ultra Wide sensor with f/2.2 aperture. For selfies and video chats, the handset is equipped with 32MP shooter with f/2.2 aperture on the front. The entire setup is driven by 4,500mAh battery with 25W fast charging. Software-wise, the Galaxy Note 10 Lite runs Android 10-based One UI 2.0 out of the box.