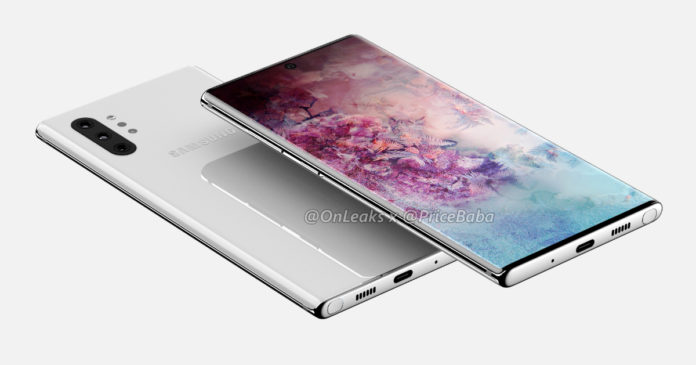 Samsung Galaxy Note 10 is the next big flagship smartphone headed our way, with leaks in the past revealing many of the key changes we can look forward. Now, screen protectors that reiterate the leaked design of the Samsung Galaxy Note 10 have appeared online. The key design elements that can be seen from these images of screen protectors include the centre-aligned punch-hole for the selfie camera on the front and vertically stacked camera module on the back. In fact, Ice Universe — the prominent tipster who posted the images — said her/ his tweet that there will no better display than that of the Samsung Galaxy Note 10 in the second half of the year.

In the second half of the year, there will be no better screen than Note10. pic.twitter.com/4F28KpGull— Ice universe (@UniverseIce) July 7, 2019

The central hole-punch for selfie camera will be the first time Samsung uses such a design. The hole-punch gained prominence with the Galaxy S10 series. There’s also the now-familiar triple camera cutout with two additional sensors for the bigger Samsung Galaxy Note 10+ on the screen protectors.

Besides these features, the Galaxy Note 10 series is also expected to have a 5G model for both the smaller and the bigger variants and like every year there’s supposed to be an Exynos variant as well for markets such as India. There have been reports that Samsung will endow the Galaxy Note 10 series models with two ToF sensors. Well, one of the protectors here clearly has three holes on the rear and it’s quite possible one of them will serve that purpose. Also, Samsung is reportedly bidding goodbye to the 3.5mm headphone jack with the Note series after sticking with it for so long.

The Galaxy Note 10 series is scheduled to be introduced on August 7th. Current speculation is that the series could start with a price tag of $1,000-1,200 range. We expect to see many features like reverse wireless charging, IP68 water- and dust-resistance, and much reduces bezels, thanks to the hole-punch design. After the Unpacked event, the series typically takes 15 days to reach commercial shelves and that’s what we expect this year as well.