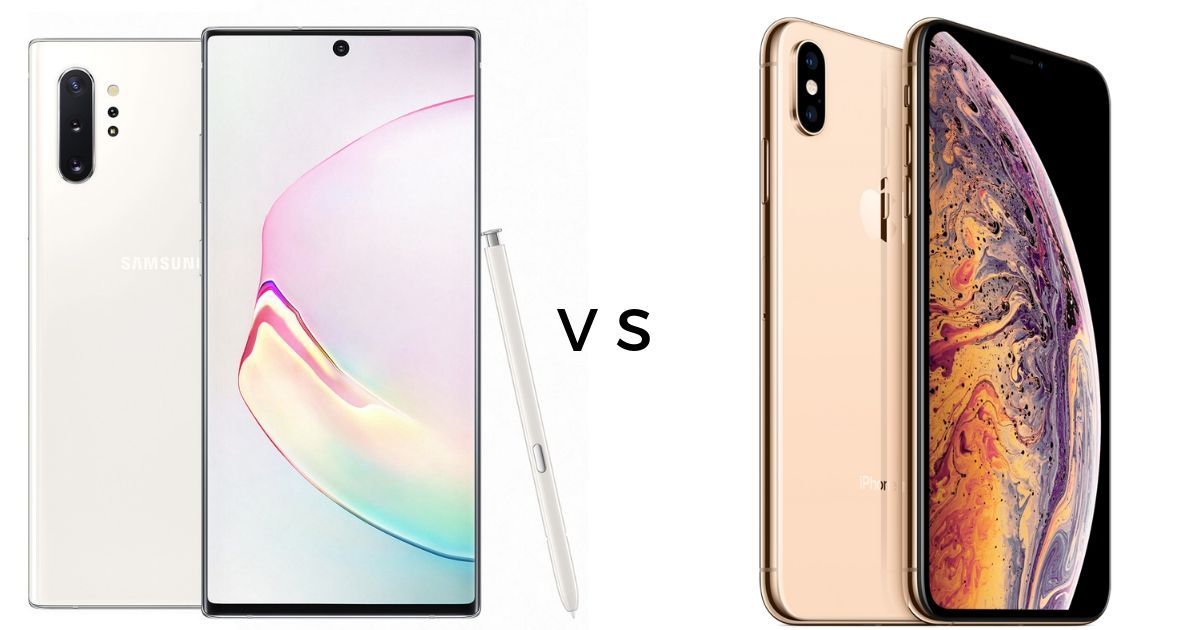 The recent Samsung Unpacked event saw the announcement of the latest Note devices. The Samsung Galaxy Note 10 and the Galaxy Note 10+ are one of the biggest competition for Apple’s iPhone XS series. In this post, we will be comparing the Galaxy Note 10+ with the iPhone XS Max. Both are similarly priced and offer large displays. However, the Galaxy Note 10+ offers a lot more at a significantly lower price tag. Let’s take a look at the differences between the two smartphones.

The Samsung Galaxy Note 10+ price in India is Rs 79,999 for the variant with 12GB RAM and 256GB storage; there is no word whether the 512GB option will be released in the country. It will be available in Aura White, Aura Black, and Aura Glow colours and will be on pre-order till August 22nd; it goes on sale on August 23rd.

The Galaxy Note 10+ already seems like a better deal and it only gets better with the specifications.

With the Galaxy Note 10+, Samsung has included the largest ever display on its smartphone. The Note 10+ features a 6.8-inch Dynamic AMOLED Infinity-O display that offers QHD+ resolution and 498ppi. The display gets a tiny hole punch cutout at the top centre, which houses the front camera. The entire front of the phone is almost all screen and the panel also has an ultrasonic fingerprint scanner. On the other hand, the iPhone XS Max offers a slightly smaller 6.5-inch OLED display, which has an interesting resolution of 1242 x 2688 pixels. It offers a pixel density of 458ppi and there’s a large rectangular notch at the top, which houses the FaceID sensors and the selfie camera. Both devices are made out of glass and a metal frame.

Internally, the Samsung Galaxy Note 10+ is powered by the Exynos 9825 chipset, whereas the iPhone XS Max gets the A12 Bionic processor. In India, the former gets 12GB RAM and 256GB internal storage. The latter only has 4GB RAM, but you can get up to 512GB storage. Performance wise, both phones should be similar, despite the lack of RAM on the iPhone.