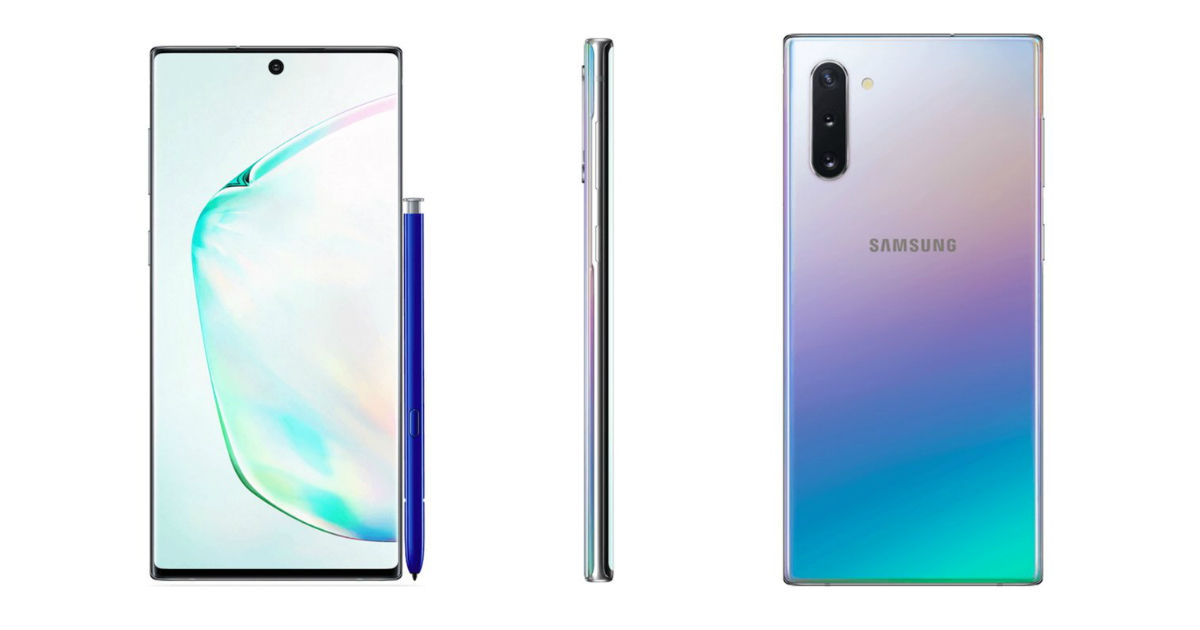 The Samsung Galaxy Note 10 Unpacked event is just a day away and at this point, we know a fair deal about the flagship and its variants. Now ahead of the August 7th launch, some offline stores have started taking Galaxy Note 10 pre-orders in India. While the company has not set a pre-booking amount or announced the offers. Similarly, the Samsung India official site is also taking pre-registrations for the flagship. The Galaxy Note 10 is also listed on Amazon and Flipkart as well. It should be noted the company has neither officially announced the Indian launch date nor is taking pre-orders online.

The Galaxy Note 10+ is expected to sport a slightly bigger 6.8-inch display, while the standard Note 10 has a 6.4-inch Dynamic OLED Infinity-O display. Both the variants are said to be powered by the Exynos 9825 SoC including the models that would sell in the USA, except for Verizon. Galaxy Note 10+ could boast a quad-camera setup consisting of a 12-megapixel primary sensor with variable aperture (f/1.5 – f/2.4) + 16-megapixel wide-angle sensor with f/2.2 + 12-megapixel telephoto lens with 2x optical zoom and a ToF sensor. There is a 10-megapixel snapper on the front taking care of the selfies.

Unlike the Galaxy S10 series, the Samsung Galaxy Note 10 display’s punch hole is placed in the middle of the top. Since the flagship would be ditching the 3.5mm audio jack, it might come with USB Type-C earphones tuned by AKG. The South Korean giant is expected to release as many as four new models in the series – the Galaxy Note 10 and Galaxy Note 10+ with 4G, along with their 5G variants. Since the launch is on Wednesday, we should know more details soon.