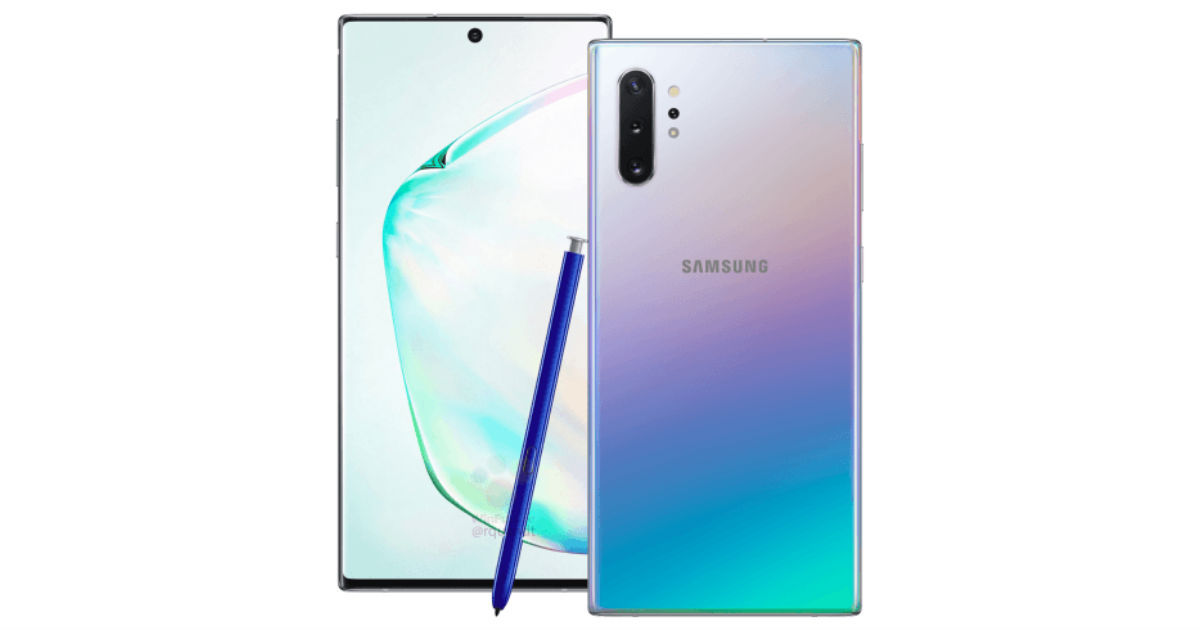 “Samsung Galaxy Note 10 series will have improved S-Pen that will allow users to operate the smartphone with gestures, without touching the screen surface”

According to the report, the S-Pen will allow users to operate the smartphone with gestures, without touching the screen surface. The pen will have 4,096 pressure levels, input latency fewer than 70 milliseconds, and IP68 water- and dust-resistant. The images reveal the S-Pen in Blue and Black hues with the respective gradient and Black colour versions of Galaxy Note 10+. The Pink colour variant of the regular Galaxy Note 10 smartphone has the matching S-Pen.

Starting with the premium Galaxy Note 10+ smartphone, it’s said to be of the same size as its predecessor Note9 despite packing a slightly bigger 6.8-inch display. Samsung is expected to reduce the bezels around the screen by using its Infinity-O panel with a punch-hole that houses the selfie camera – as seen with the Galaxy S10 series. However, unlike the S-series phones, the Galaxy Note 10+ will have the selfie camera centred just below the upper edge. Moreover, the display will reportedly bear Dynamic OLED technology, 498ppi pixel density, Quad HD+ (1,440 x 3,040 pixels) resolution, and HDR 10+ support. There will also be an ultrasonic in-display fingerprint scanner for biometrics and Corning Gorilla Glass 6 protection up top.

The handset will be powered by 2.7GHz octa-core Exynos 9825 instead of Exynos 9820, added the report. The chipset will most likely be an iterative upgrade of its sibling, just like Snapdragon 855 Plus is to Snapdragon 855. The mobile platform on the Galaxy Note 10+ is tipped to be accompanied by 12GB of RAM and 256GB onboard storage, which will be further expandable using a microSD card. Software-wise, the phone will most likely boot Android 9 Pie-based OneUI out of the box.

For photography, Samsung Galaxy Note 10+ could boast a triple camera setup with a 3D ToF lens at the back. The setup may comprise of 12-megapixel primary sensor with variable aperture (f/1.5 – f/2.4) + 16-megapixel wide-angle sensor with f/2.2 + 12-megapixel telephoto lens with 2x optical zoom and f/2.1. The front camera will reportedly pack a 10-megapixel selfie shoot with f/2.2. Samsung is likely to back the cameras with HDR10+, Quick Start, OIS, image scene detection, motion detection, voice control, and video recording up to 4K @ 60fps.

Samsung Galaxy Note 10, meanwhile, is expected to pack almost similar specifications with a smaller 6.4-inch Dynamic OLED Infinit-O display. The affordable handset in the lineup may also lack a 3D ToF lens and the beefy battery that its elder sibling sport. While the Galaxy Note 10 series price remains unknown at the moment, the handsets are likely to go on sale in Europe from August 23rd onwards.