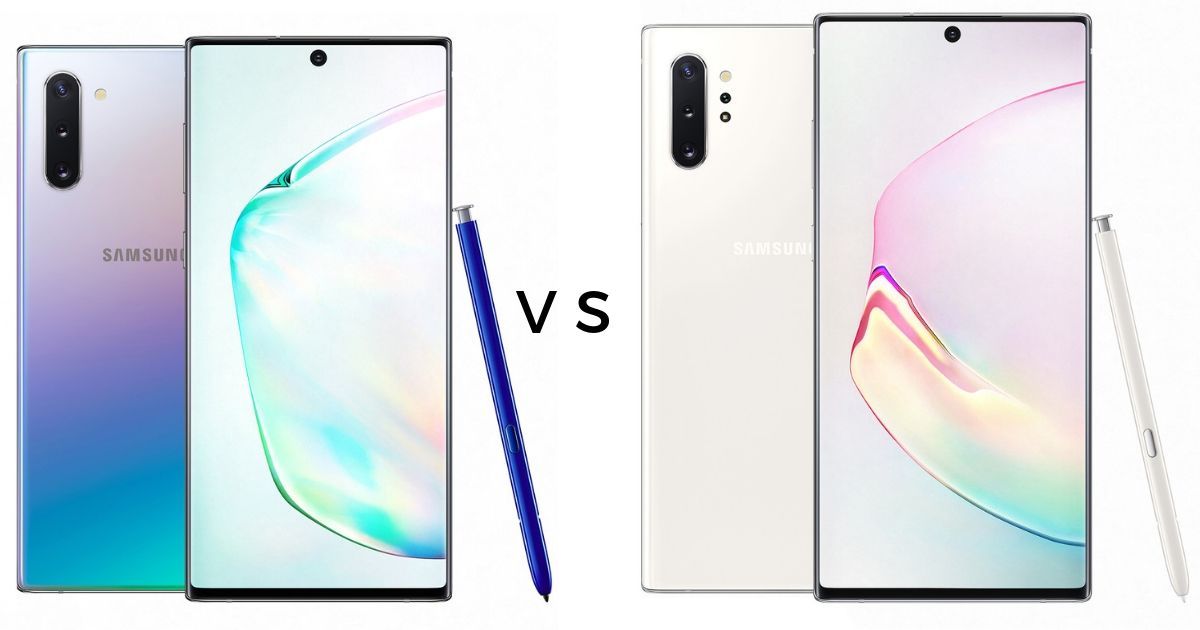 First, let’s look at the difference in pricing. The Samsung Galaxy Note 10 price is $949, which is about Rs 67,000. This option will come with 8GB RAM and 256GB of storage, but you can also have the phone with 12GB RAM, but that’s only if you buy the 5G variant (priced at $1,049 or roughly Rs 75,000). Unfortunately, the phone does not come with a microSD card slot, which means that you can’t add more storage.

The front of the phones have an almost bezel less display, with a tiny camera hole at the top centre. The Galaxy Note 10 features a 6.3-inch Dynamic AMOLED Infinity-O display with full HD+ resolution and 401ppi. Meanwhile, the larger Galaxy Note 10+ gets a 6.8-inch AMOLED display with QHD+ display and 498ppi. The displays on both devices are HDR10+ certified and come with an ultrasonic fingerprint scanner.

Coming to the difference in specifications, there aren’t any in terms of design. Both phones look similar from the front, with the Galaxy Note 10+ being a little larger than the standard model. However, you can easily tell the difference between the two when looking at the back panel. The Galaxy Note 10 has a triple rear camera setup, whereas the Note 10+ gets a quad-camera setup. The sensors are the same as Note 10, but with the addition of a fourth depth vision VGA sensor.

Lastly, the standard model doesn’t support microSD cards for storage expansion, white the Plus model does (up to 1TB).

As far as new tech goes, there isn’t anything new with the latest Samsung Galaxy Note 10 devices. Samsung has bundled all the best features of the Galaxy S10 series and the Note 9 series together to make its new flagships. Of course, you do get a centrally placed punch hole camera and the standard Galaxy Note 10 also supports 5G. The camera performance should be similar to that of Galaxy S10+, but the Note 10+ should offer good battery life thanks to that 4,300mAh battery.