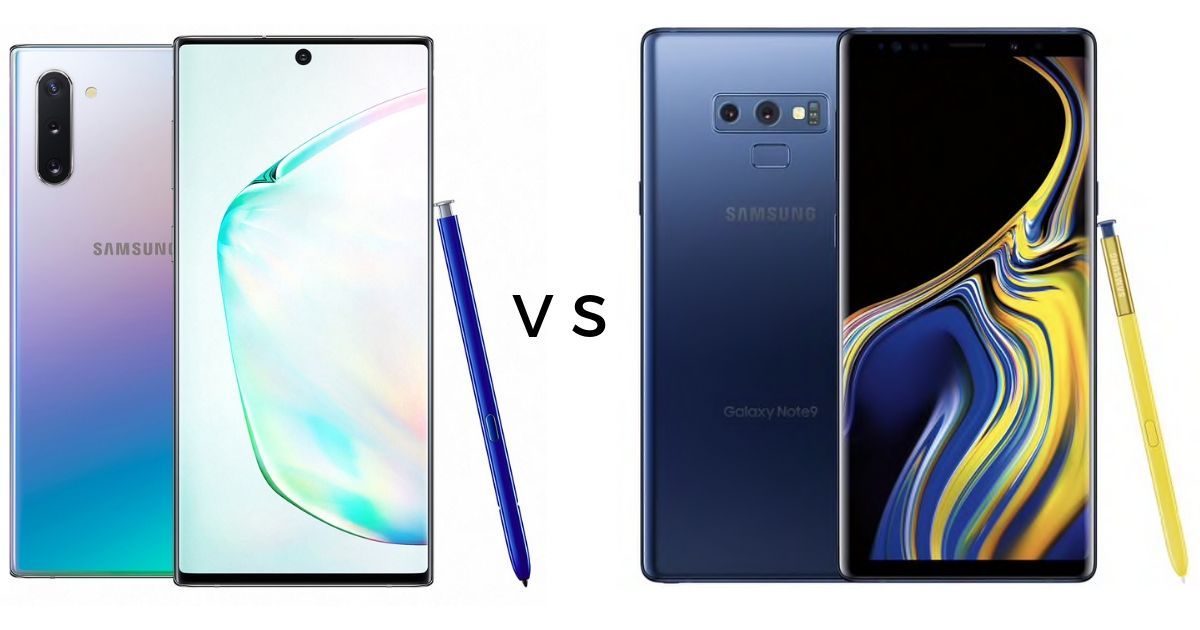 Samsung’s latest Galaxy Note 10 smartphone is now official. The phone will be available for purchase on August 23rd, but you can pre-order it right away. The Note 10 is the successor to the Galaxy Note 9, which is still a pretty good Android smartphone. The Samsung Note series is known for offering large displays, batteries, and the S Pen. While the Note 9 was available as a single variant, the Note 10 is available as a standard and Plus model. The Note 10+ has better features, but we are going to compare the Note 10 with the older Note 9. Is the Note 9 a better deal? Let’s find out.

The Samsung Galaxy Note 10 gets a 6.3-inch Dynamic AMOLED display with a FHD+ resolution and a pixel density of 401ppi. However, it supports HDR10+ content and also comes with an ultrasonic fingerprint scanner. The Galaxy Note 10 also features almost no bezels and a punch-hole camera in the top centre of the display. Meanwhile, Samsung Galaxy Note 9 comes with a 6.4-inch Super AMOLED display with a QHD+ resolution and HDR10 support. The display also features a pixel density of 516ppi. It has large bezels at the top and bottom and features a traditional fingerprint scanner on the back.

The Galaxy Note 9 comes with a 4,000mAh battery with 15W fast charging support as well as wireless charging. The Note 10, on the other hand, gets a smaller 3,500mAh battery, but with support for 25W fast charging and 12W reverse wireless charging. Both devices run Android 9.0 Pie with Samsung’s One UI. You also get S Pen with both phones, but the Note 10 comes with an improved S Pen that gets more features, such as air gestures.