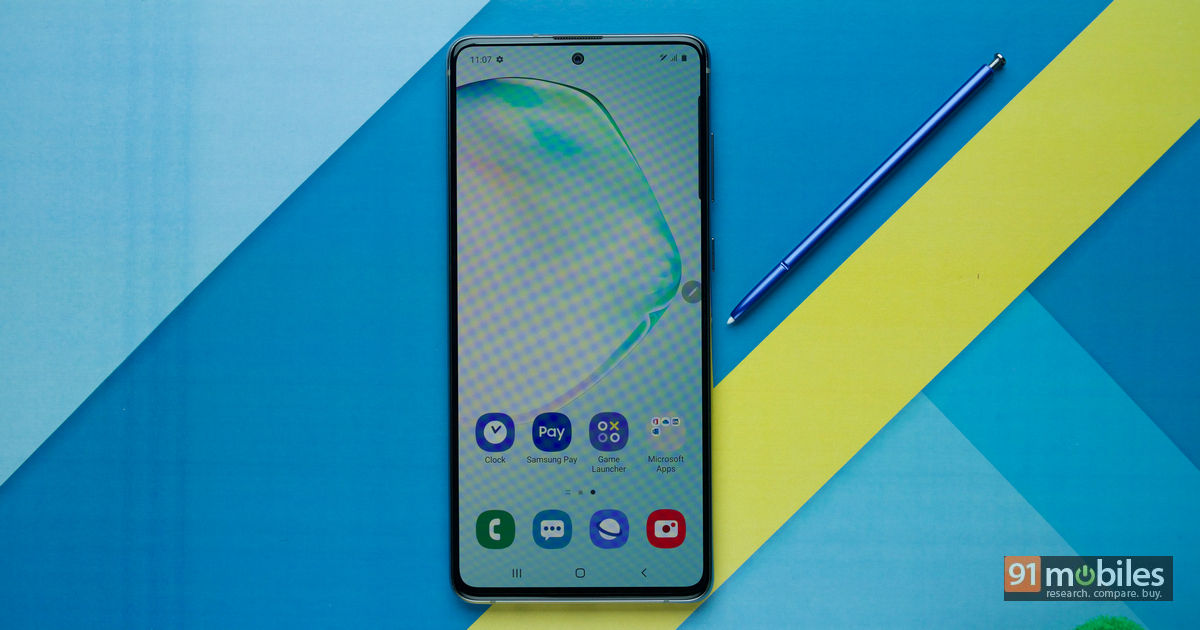 “Samsung could finally enable 120Hz refresh rate even with QHD+ resolution, which is reportedly not possible on the Galaxy S20”

The Galaxy Note20 will use a more fine-tuned 120Hz refresh rate technology.

Currently, only a bunch of phones have 120Hz panels, including the Razer phone, POCO X2 and ASUS ROG Phone 2, which is also the first with an AMOLED display. As for the Samsung Galaxy Note 20, it is expected to adopt most of the Galaxy S20-series features, including its 8K video recording capabilities, a Periscope zoom lens and much more. Unfortunately, we’re still months away for the official launch and things might change at any turn.

The latest addition to the Note-series is the Samsung Galaxy Note 10 Lite. As for the specifications, the handset sports a 6.7-inch full HD+ Dynamic AMOLED Infinity-O display with a centre-positioned punch-hole. It is powered by an Exynos 9810 SoC coupled with up to 8GB RAM and 128GB user-expandable storage. The handset comes with an S Pen that supports Air Gestures and Bluetooth Low Energy. It allows you to control your video or click pictures with the button on the stylus.

In terms of optics, the Samsung Galaxy Note 10 Lite features triple rear cameras consisting of a 12MP primary sensor, a 12MP Telephoto lens and a 12MP Ultra-wide-angle sensor. On the front, there is a 32MP snapper for selfies and video chats. A 4,500mAh battery with 25W fast charging support fuels the handset. Connectivity options include dual 4G VoLTE, Wi-Fi, Bluetooth 5, GPS with GLONASS, USB 3.1, NFC, and MST. The Samsung Galaxy Note 10 Lite is priced at Rs 38,990 for the base 6GB + 128GB variant and Rs 40,999 for the 8GB RAM + 128GB storage option.