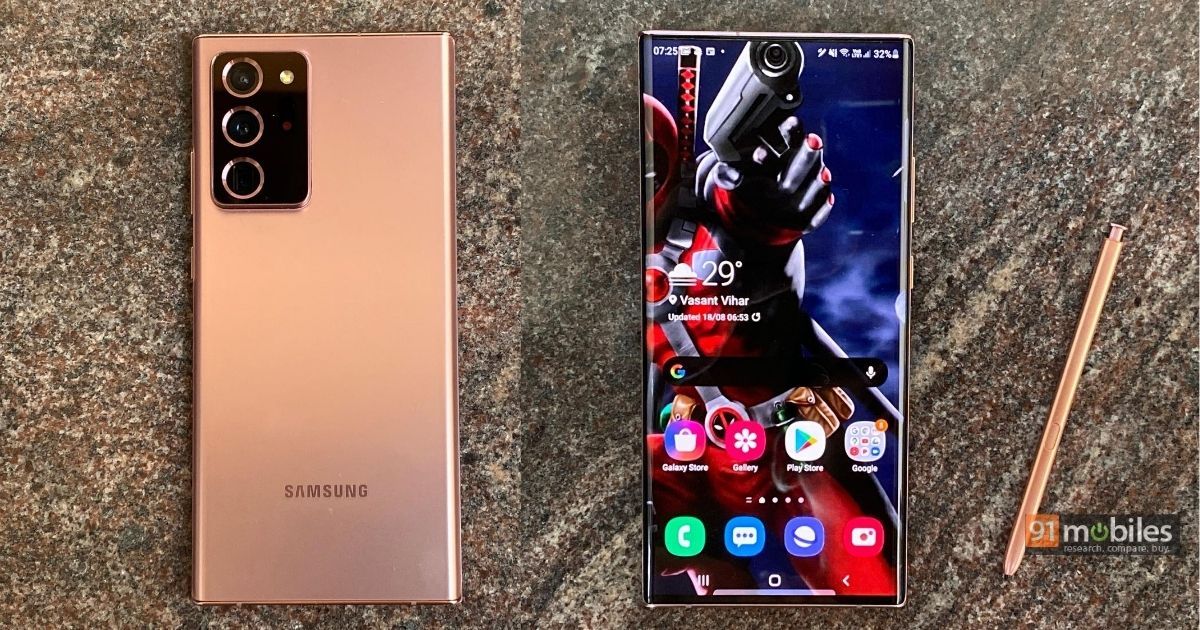 The Galaxy S20 FE made its debut in India last month with a Rs 49,990 price tag and impressive specifications such as a 120Hz refresh rate display. It is powered by the Exynos 990 SoC coupled with 8GB RAM and up to 256GB storage that is further expandable via a microSD card slot. The phone runs Android 10 OS with OneUI 2.5 custom layer on top. As for the cameras, the Samsung Galaxy S20 FE sports a triple camera setup at the back with a 12MP wide-angle camera, a 12MP ultra-wide lens, and an 8MP telephoto with 3x optical zoom and up to 30x Super-Resolution Zoom.

The Galaxy S20 FE sports a 32MP front-facing camera for selfies and video chats. There is an in-display fingerprint sensor for security. The phone packs a 4,5000mAh battery and supports 15W charging. It is also IP68 certified for water and dust-resistance. Connectivity features include 4G LTE, dual-band Wi-Fi, Bluetooth 5.0, GPS, and USB Type-C port for charging and data sync.