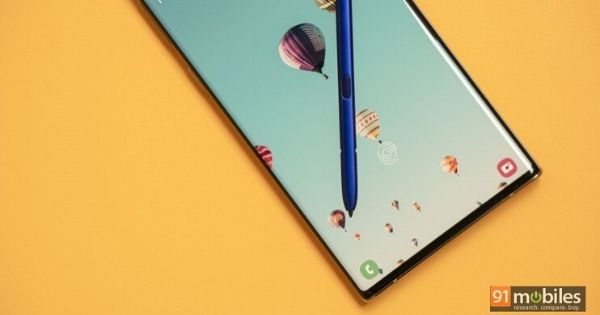 The Galaxy Note 20 and Galaxy Fold 2 are expected to launch later this year and Samsung is reportedly trying its best to not let the coronavirus pandemic delay the launch event. As per a report coming out of South Korea, Samsung is still on course to launch the Galaxy Note 20 and Galaxy Fold 2 in August. Industry sources have told The Korean Herald that Samsung has begun preparing for the launch event in August. An exact date is not known yet, but the company’s plans could change depending on how long the COVID-19 treat lasts.

The Samsung Galaxy Fold 2, on the other hand, is expected to be the successor to the original Galaxy Fold from last year. The handset has been the part of the rumour mill and is expected to debut with under-display camera technology. This will make the Galaxy Fold 2 the first smartphone from Samsung to come with such technology. The tech will enable the vendor to completely do away with notches and offer a full-screen experience, which is perfect for a foldable form factor. Will it come with Snapdragon 865+ SoC under the hood is the question we don’t have the answer yet. However, we’ll keep a tab on the phone and keep you posted, so stick around.

Samsung Galaxy Note 20 and Galaxy Fold 2 launch may not be affected by COVID-19: report