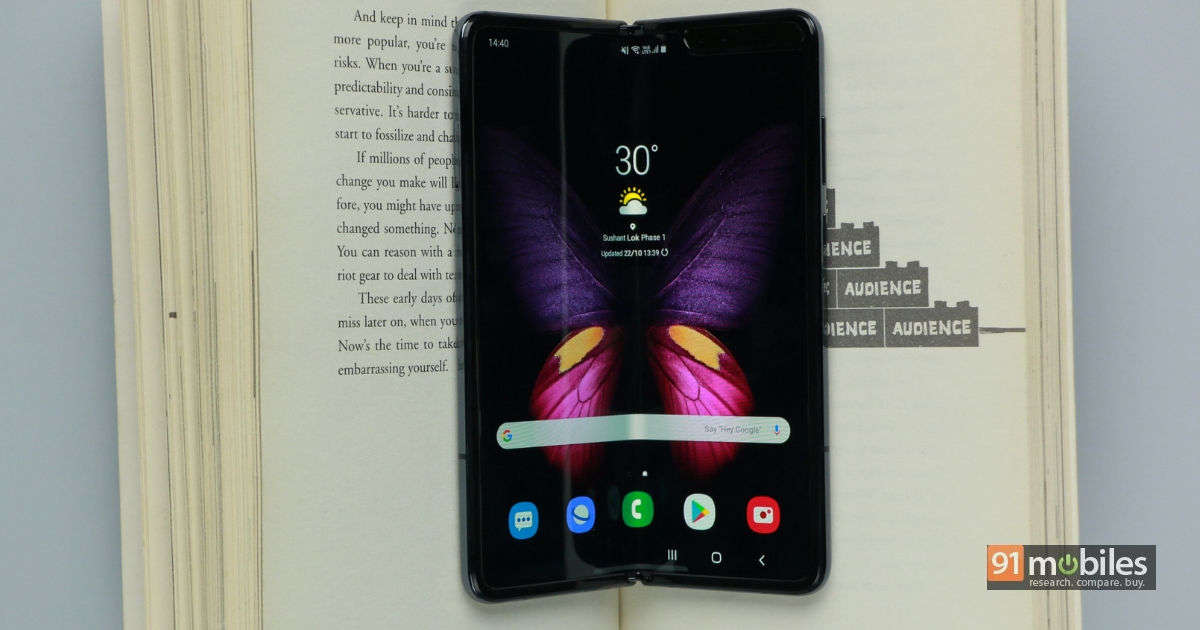 A few days ago it was reported that Samsung Galaxy Note 20 series and Samsung Galaxy Fold 2 are on course to launch in August. Now, it has officially been confirmed that the chaebol is prepping to launch the new Note and foldable smartphones in the second half of the year. The confirmation arrived from Samsung’s Q1 earnings call. While acknowledging uncertainties stemming from the ongoing coronavirus crisis, Samsung Electronics director Jong-min Lee said, “We are preparing our new Note as well as the foldable launch as scheduled and we are looking forward to providing the market with even a more competitive product.” Samsung is aiming to offer both Galaxy Note 20 and Galaxy Fold 2 smartphones with 5G connectivity and ‘wide range of choices’, meaning we may expect multiple RAM and storage configurations.

The foldable smartphone, allegedly dubbed as Samsung Galaxy Fold 2, is expected to be a refreshed version of the original Samsung Galaxy Fold from last year. The Fold 2 is rumoured to flaunt the same design as its predecessor, but with foldable glass and other structural improvements. It’s tipped to feature a 120Hz refresh rate, 7.59-inch internal display that bears with 1,689 x 2,213-pixel resolution and a punch hole for the selfie camera in the top right corner. The phone’s cover display will reportedly be 6.23-inch tall with 819 x 2,267 pixels resolution, centre-aligned punch-hole, and standard 60Hz refresh rate.

The Samsung Galaxy Fold 2 is also expected to come with S-Pen support for easy manoeuvring on the screen, 64MP triple rear camera, Snapdragon 865 chipset with 5G SoC, and minimum 256GB storage variant. The phone is said to weigh 15 percent less at 229gm than the original Fold which weighed 263gm. The Samsung Galaxy Fold 2 price will allegedly be around $1,880 (approx Rs 1,42,000).