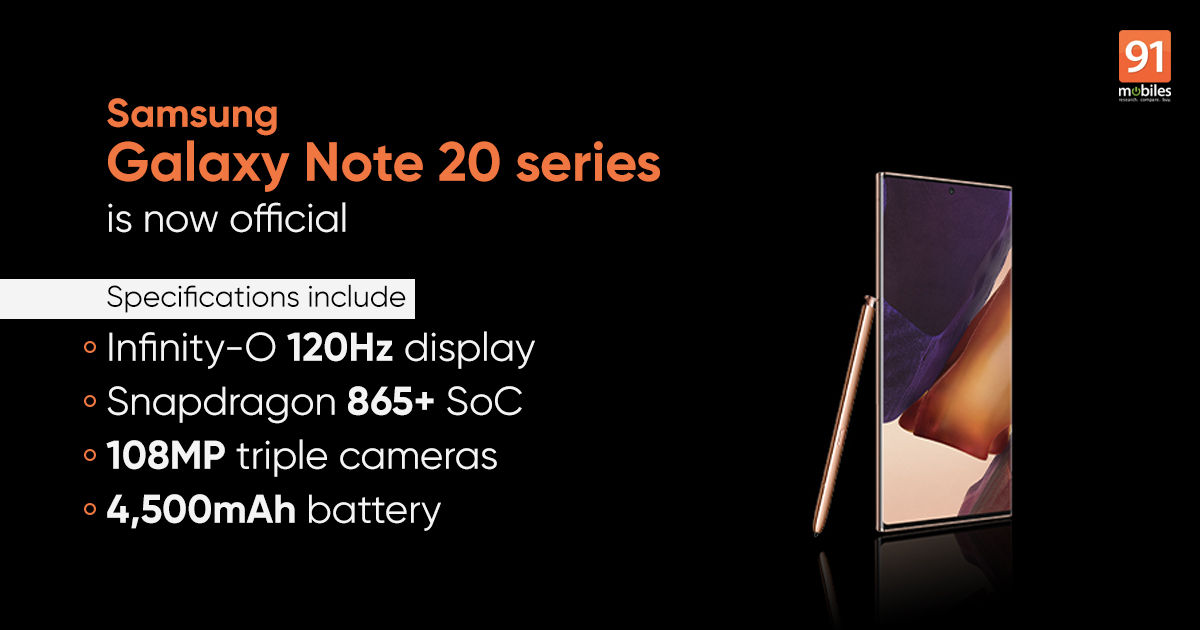 The new Samsung Galaxy Note20 series has been launched. The lineup includes two models, namely Samsung Galaxy Note20 and Galaxy Note20 Ultra, that succeeds last year’s Samsung Galaxy Note 10 series. The lineup flaunts a punch-hole design with a rectangular camera module at the back and a slew of improvements under the hood. The handsets are powered by flagship Snapdragon 865+/ Exynos 990 SoC and support 5G connectivity. Additionally, the Ultra model has Corning Gorilla Glass Victus — which is said to be sturdier and offers 2x better scratch resistance compared to the previous generation Corning Gorilla Glass 6 — along with 120Hz QHD+ display, a large battery, and triple rear cameras with 108MP primary sensor. Samsung claims that the S Pen, accompanied by these new Galaxy Note20 models, has also been made better with reduced response time and a more realistic writing style. 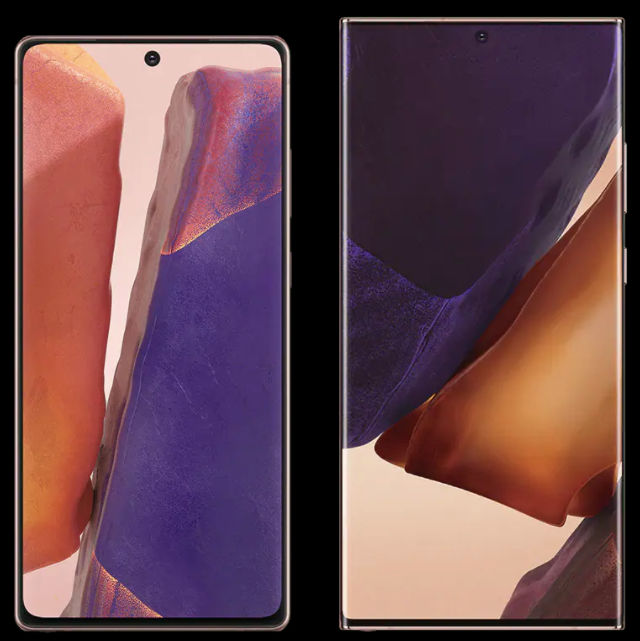 The Samsung Galaxy Note20 prices start at $999.99 for the 5G variant with 8GB RAM and 128GB storage; the smartphone also comes in 8GB + 256GB variant with 4G support and an 8GB + 256GB option with 5G connectivity. The handset comes in Mystic Green, Mystic Gray, and Mystic Bronze colours.

The Samsung Galaxy Note20 Ultra, on the other hand, will set you back by $1,299.99 for the 12GB + 128GB variant with 5G support; there will also be 12GB + 256GB and 12GB + 512GB configurations with 5G connectivity. There will also be 4G-only options with 8GB RAM and 128GB and 256GB storage options. The handset will be available in Mystic Bronze, Mystic Black, and Mystic White hues.

In the US, the smartphones go on pre-orders starting August 6th and sales begin August 21st. There is no official word yet regarding the India prices and release plans for the two smartphones at the moment. 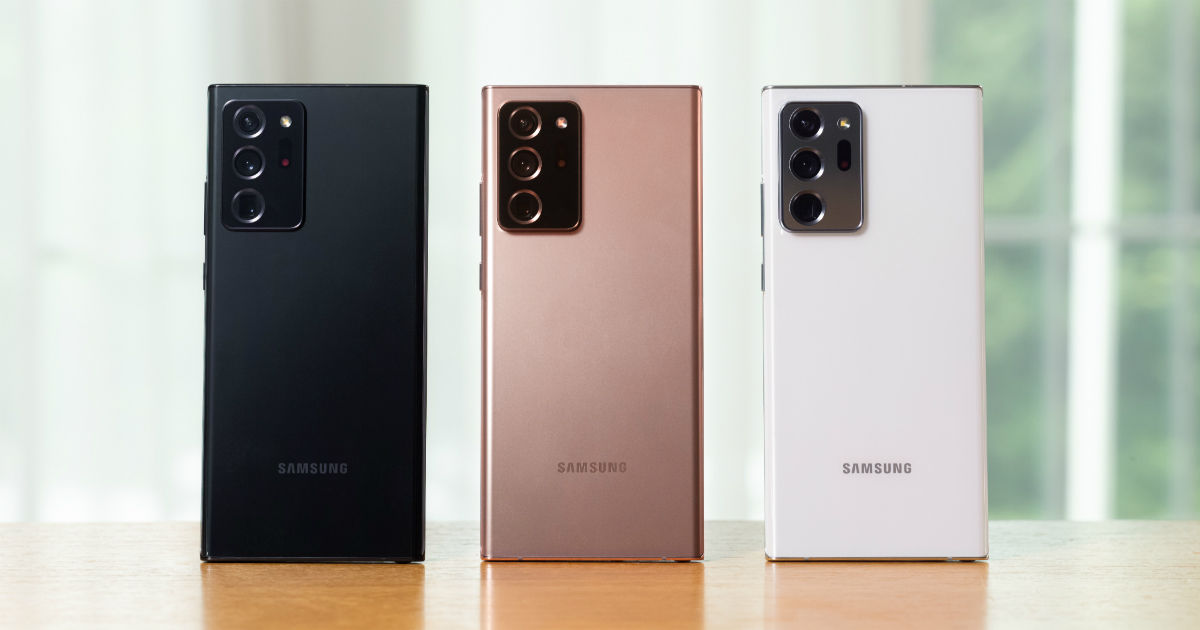 The Samsung Galaxy Note20 Ultra specifications include a large 6.9-inch Infinity-O Dynamic AMOLED display, which has QHD+ (1,440 x 3,200p), 19.3:9 aspect ratio, and up to 120Hz refresh rate. The handset is powered by Snapdragon 865+ SoC for markets such as the US and China, while in all the other markets including India, it’ll rock Exynos 990 SoC. Both chipsets are paired with 5G modem, 12GB of RAM, and 128GB/ 256GB/ 512GB storage options. The 4G-only model comes with 8GB RAM and 256GB and 512GB onboard storage. You can supplement the storage on all variants (4G as well as 5G) up to 1TB using microSD cards.

The phone packs a triple camera setup at the back that comprises 108MP (f/1.8) dual-pixel autofocus primary sensor with 8K video recording, 12MP (f/2.2) ultra-wide sensor, 12MP (f/3.0) periscope sensor for 3x optical zoom and 50x Space Zoom, and a laser-based autofocus system for fast focusing. On the front, the handset sports a 10MP (f/2.2) shooter, which also has dual-pixel autofocus, for selfies and video calling.

The Samsung Galaxy Note20 Ultra is fueled by a 4,500mAh battery and supports up to 25W fast wired charging tech that is rated to juice up the device from 0-50 percent in 30 minutes, Fast wireless charging 2.0, and reverse wireless charging. Software-wise, the Note20 runs Android 10-based One UI 2.0 out of the box. Additional features include USB-C 3.2, NFC, Bluetooth 5.1, Wi-Fi 6, and dual GPS support, Wireless DeX (with dual-screen support now), AKG-optimised stereo speakers, and ultrasonic in-display fingerprint scanner. The Samsung Galaxy Note20 Ultra is also IP68-certified, which means it can survive underwater up to 1.5 meters for 30 minutes. 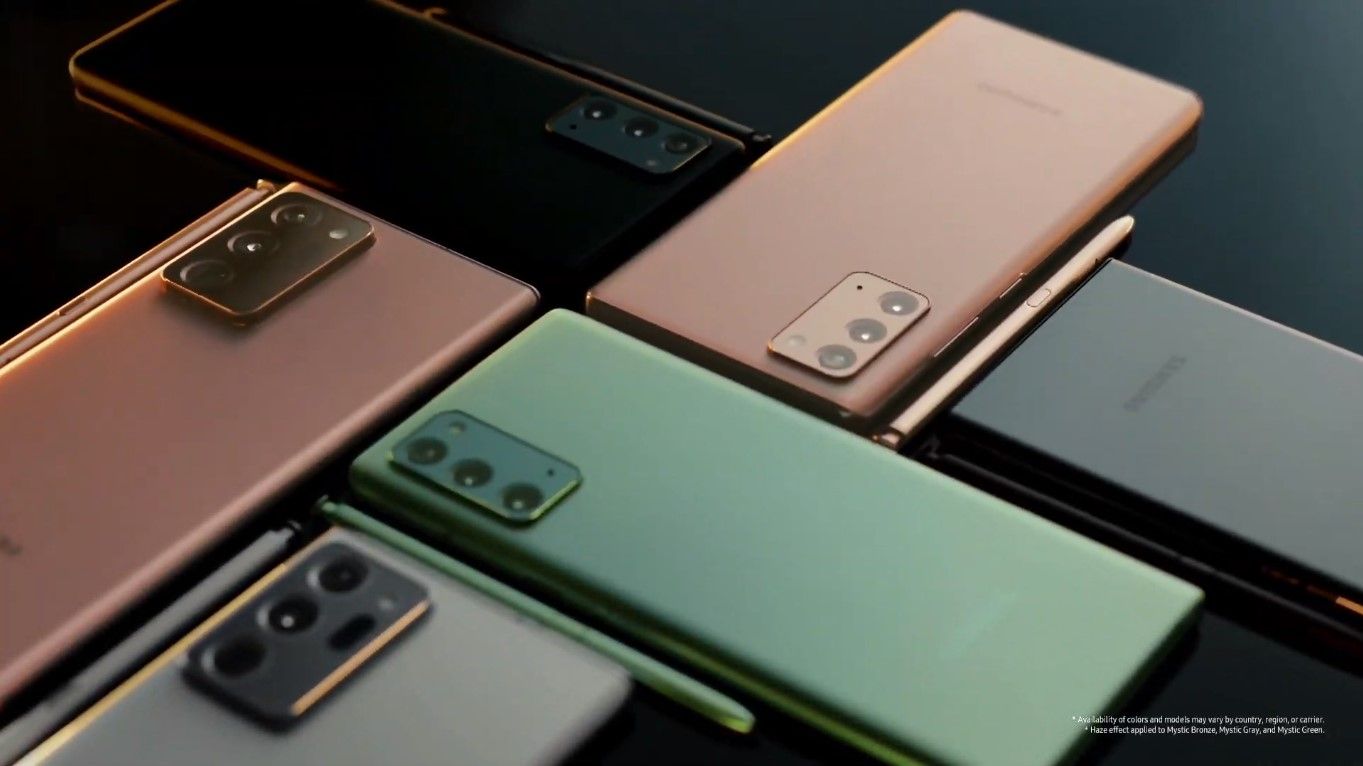 While the Samsung Galaxy Note20 5G is driven by the same chipset and software as the Note20 Ultra, it comes with 8GB RAM and up to 256GB storage configurations. There will also be a 4G-only variant with 8GB RAM and 256GB storage; there is no 128GB option for the 4G variant. All versions come with up to 1TB microSD card support. A 4,300mAh battery fuels the entire setup. The handset also touts 8K video recording, 5G connectivity, ultrasonic in-display fingerprint scanner, and connectivity options such as Dual SIM + eSIM, Bluetooth 5.0, USB Type-C (Gen 3.2), NFC, Wi-Fi 6, and Wireless DeX.

Talking about the S Pen, the design remains similar to its predecessor but Samsung has reduced the latency to as low as 9 milliseconds to make it smoother and more responsive to use and incorporated Microsoft Word and PowerPoint directly into the stylus. S Pen also has five new Anywhere Actions, such as capture screenshot, return to home screen, etc., to make remote navigation of the phones easier. The Notes app on the phones is improved too now and can auto-straighten users’ handwriting to make it more easily readable and can be used to annotate and highlight PDF files within the app. Moreover, it can also record voice notes while users scribble down notes with the S Pen.