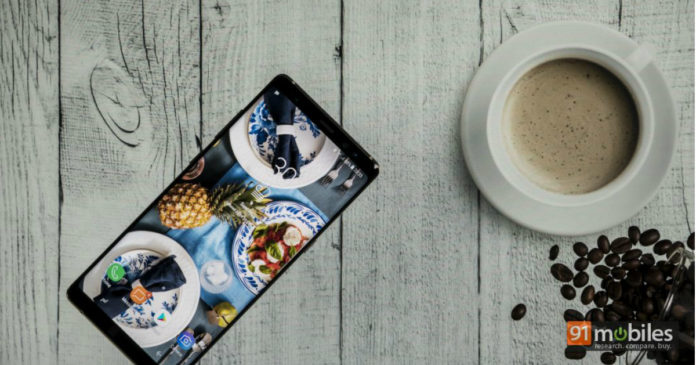 “The Samsung Galaxy Note 8 was released in August 2017 and came with Android 7.1.1 Nougat on-board”

Samsung is currently rolling out a new software update for the Galaxy Note 8 (review), which upgrades the phone from Android 8.1 Oreo to Android 9.0 Pie. Users in some regions of Eastern Europe have started receiving the update, which means that this will be a gradual roll-out. It could take anywhere from a few days to a few weeks for other regions to receive the Android Pie update.

The Galaxy Note 8 was released in August 2017 and is a flagship smartphone. It came with Android 7.1.1 Nougat with Samsung Experience UI and is finally receiving some Pie goodness. The Android Pie update also means that the Note 8 will now run the new One UI from Samsung. The South Korean giant first rolled out the new UI on the Galaxy S9, Galaxy S9+, Galaxy Note 9. Now, it’s the turn of the older devices to get the new look.

The One UI update for Galaxy Note 8, based on Android 9.0 Pie, carries the build number N950FXXU5DSB2 and weighs around 600MB. The update also installs the latest February Android security patch on the device. As of now, users in Bulgaria and Slovakia are receiving the update over-the-air. Both beta and non-beta users in these regions are receiving the OTA update. If you’re in the region, but haven’t received the update, then you can manually check for it by heading over to Settings > Software Update > Download and Install.

There is no proper change-log with the update, but you can expect all the goodness of Android Pie and Samsung’s new One UI features to be available on the Note 8. Expect faster performance, a cleaner look, improved battery life and more with the new update. Samsung started the Note 8 Pie Beta program only a month ago. Next in line are the Galaxy S8 and the Galaxy S8+, both of which should hopefully receive the update later this month. The company has been pretty late with the Pie update for its devices and those who are using a carrier locked Note 8 will have to wait even longer.