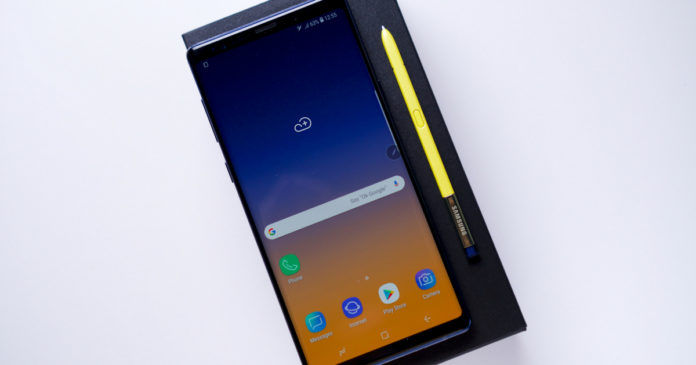 ShareTweetShare
“The Galaxy Note 9 is now receiving a stable version of Android 9.0 Pie software in Germany”


Samsung has delivered some Pie goodness for Galaxy Note 9 users, which is surely a nice New Years surprise. The Korean giant had promised to deliver the Android Pie update for the Galaxy Note 9 and Galaxy S9 in January 2019. The company has stood by its word and has delivered the update as promised. As of now, the update is only rolling out to users in Germany though. However, we should see a widespread release in the next few days.

The Galaxy Note 9 has received several Android 9.0 Pie beta so far, with the last one arriving just four days ago. Those who are on the previous beta Pie version, will receive an OTA update for the stable software that only weighs 95MB. For those who are on Android Oreo, the update size will be much larger. We are not sure when non-beta users will receive the update, but it should arrive soon.

The Pie update carries the build number N960FXXU2CRLT and it also installs the latest January Android security patch on the phone. Even Google’s Pixel phones haven’t received the January security patch yet, so good going Samsung. As mentioned earlier, the update is currently only rolling out to users in Germany.

If you are already on the Android Pie beta, then you will not see any new features as such. In case you’re on the beta software and haven’t received the update, then open the Settings app and head over to Software Update > Download and Install. However, those who are on Android 8.0 Oreo, you should get excited for a smoother and faster experience on your Galaxy Note 9. Android Pie brings several new features including Adaptive Battery, Brightness, improved notifications, and more.

Last month, Samsung had released the Android 9.0 Pie update for the Galaxy S9, which is still not available in all regions. Therefore, even the Galaxy Note 9 Pie update will take a few weeks at the most to reach all users in various regions. Non-beta users will also receive the update in the coming weeks.