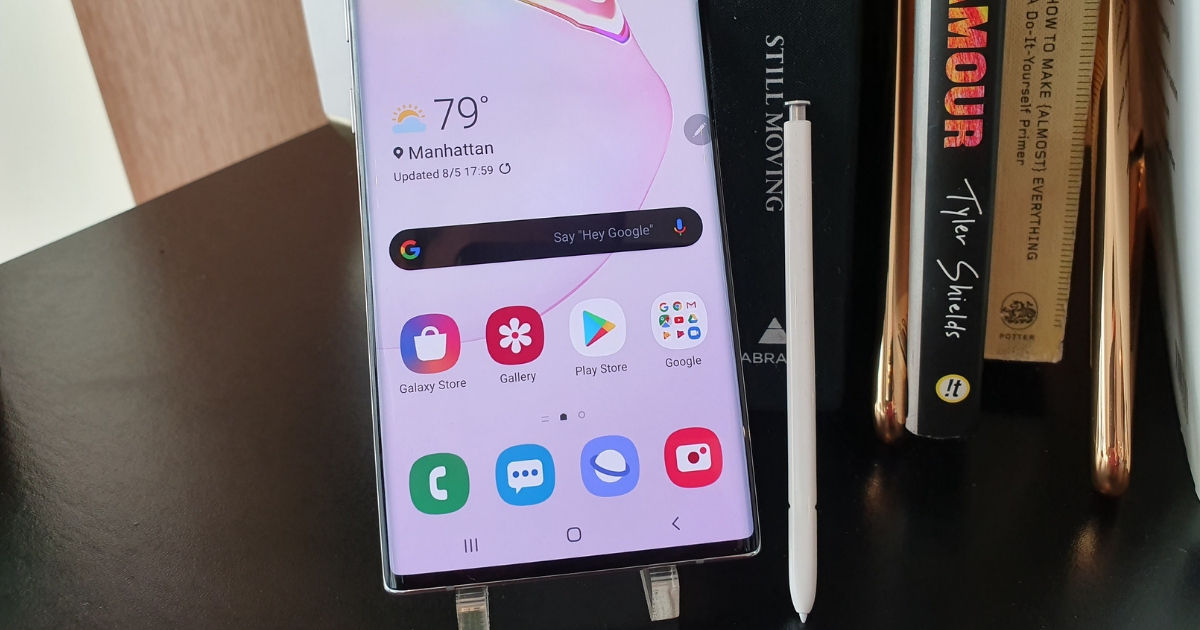 The Samsung Galaxy Note 10 and Note 10+ (first impressions) have just gone official, and they are pretty much in line with what the leaks and rumours have revealed over the past few months. Yet, I believe there are several things that you might haven’t noted (pun intended) when it comes to the Korean giant’s latest flagships. Well, that’s why I have dug deeper to bring you 10 things that you ought to know about the Note 10 duo.

There are two Note flagships 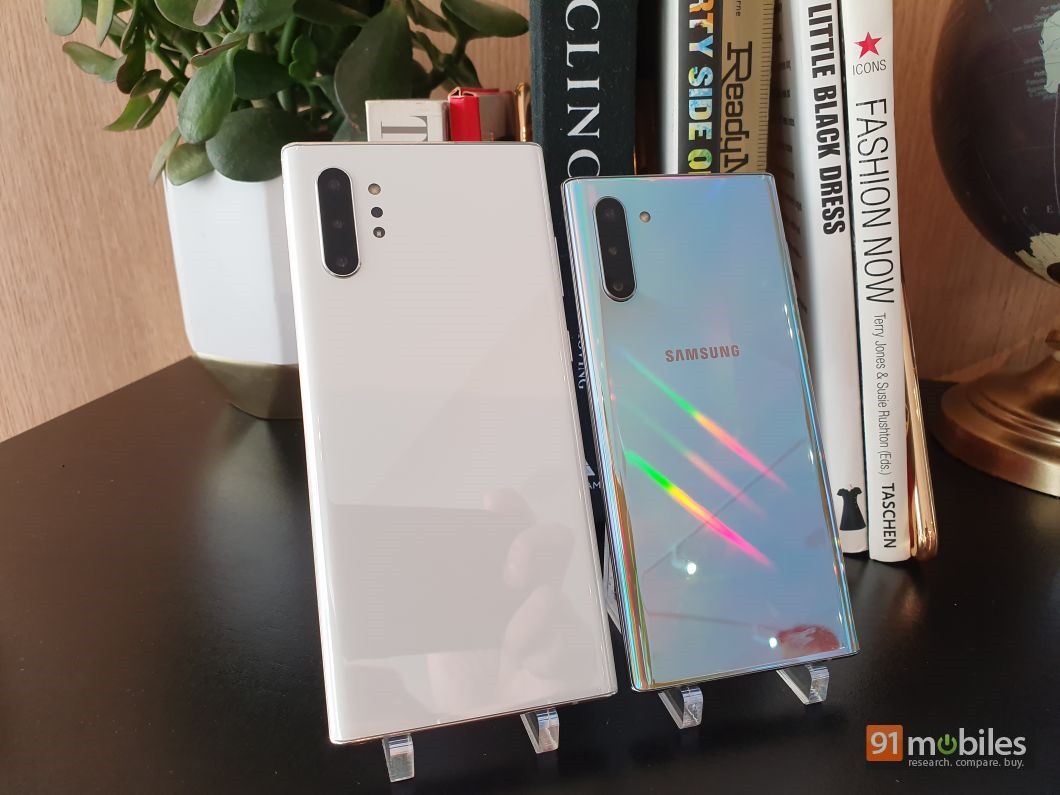 Following its S series siblings which have been using a dual-device strategy since the Galaxy S6, the Note 10 also gets a more powerful brother in the form of the Galaxy Note 10+. However, it’s not the first time that the Note series includes two models. If you jog your memory a little, you’s recall that the Chaebol had announced the Galaxy Note Edge alongside the Galaxy Note 4 back in 2014. That said, it’s certainly interesting to see Samsung following a two-pronged approach for the Note 10, considering the two phones cater to different audiences. As per the company, the Galaxy Note 10 is meant for those who want a compact powerhouse and may not have used a Note device before, whilst the Note 10+ is aimed at loyalists who have been using the Note smartphones and now want a bigger and more powerful handset. 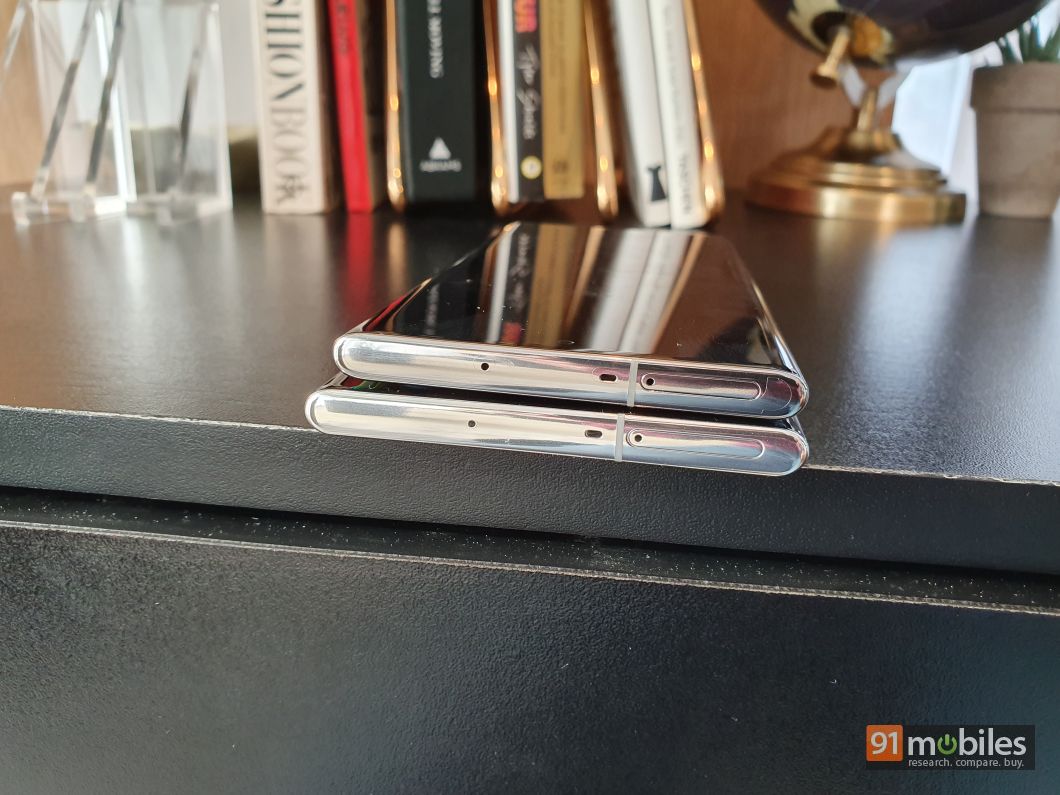 The Note 10+ is the largest Samsung flagship ever 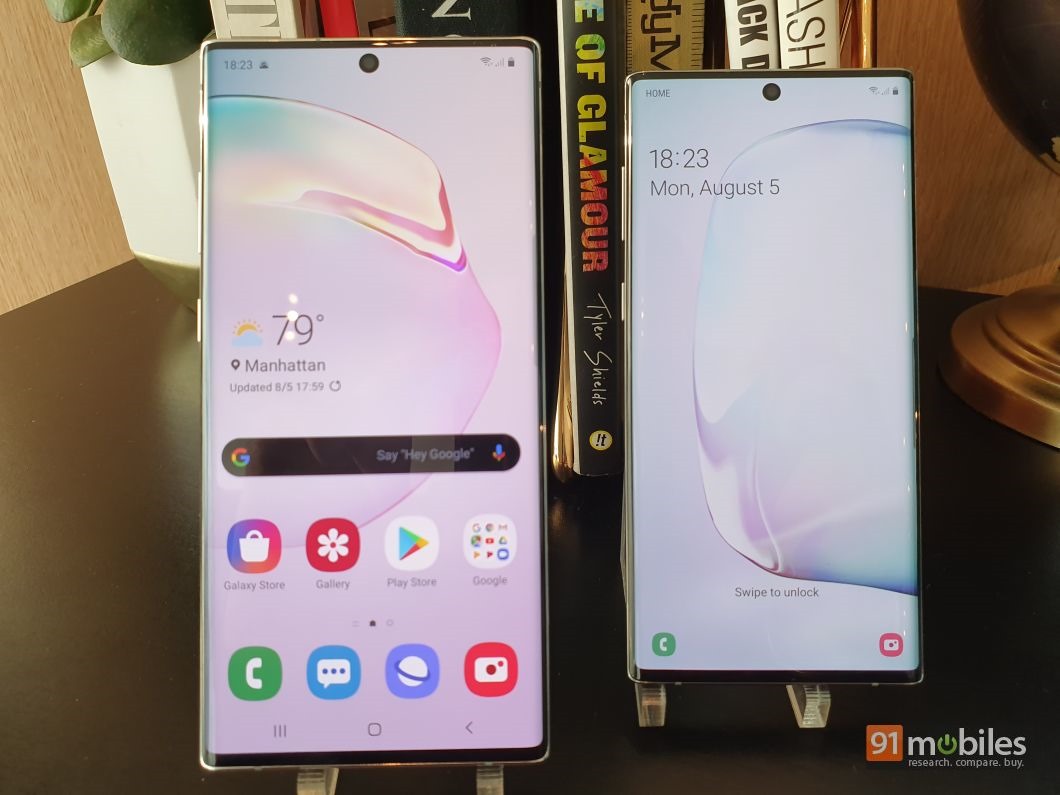 With a screen size measuring 6.8-inches, the Samsung Galaxy Note 10+ is literally pushing the boundaries of a size of a phone. Yet, thanks to the minimal bezels and centre-aligned punch-hole, the handset isn’t really unwieldy, although you’ll need to resort to using two hands for most operations. Of course, if you’re looking for a smaller, one-hand friendly handset, then there’s the Galaxy Note 10 to consider. 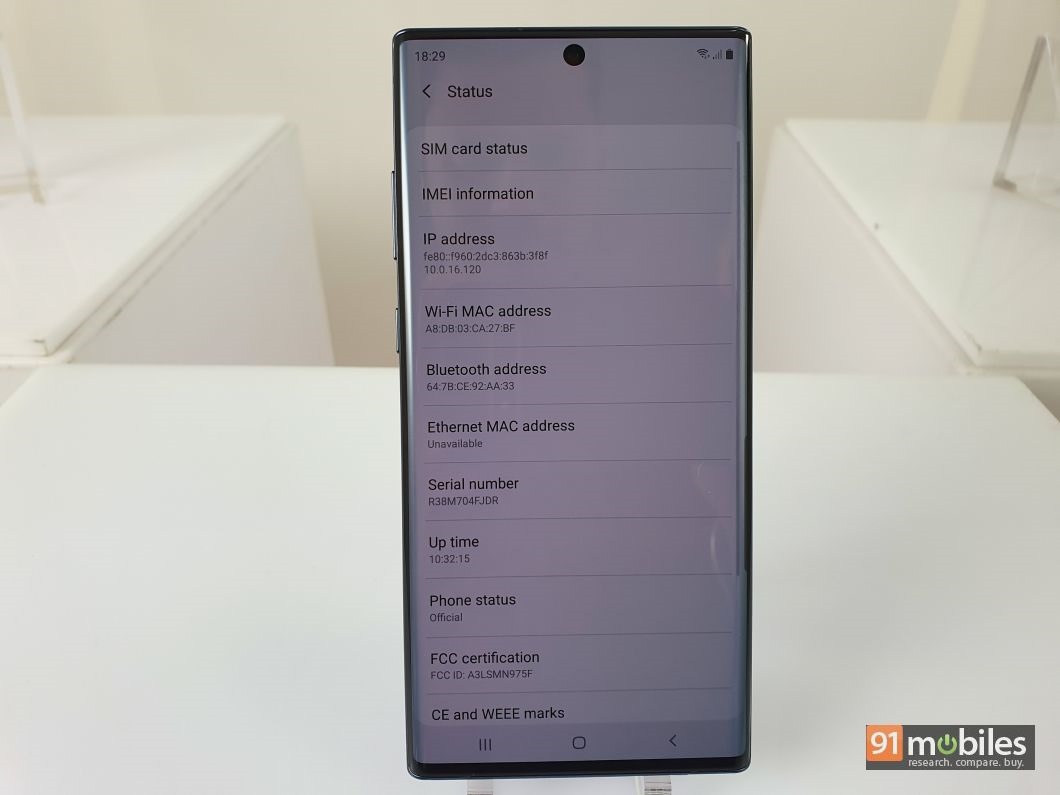 Talking about displays, worth highlighting that the regular Note 10 offers a 6.3-inch screen with full HD+ resolution. Now that’s a first for the Note series, ever since it adopted the Quad HD resolution back in 2014 (with the Note 4). The Note 10+ continues with a resolution of 1,440 x 3,040 pixels. Apart from the pixel density however, both smartphones feature HDR 10+-compatible Dynamic AMOLED panels. 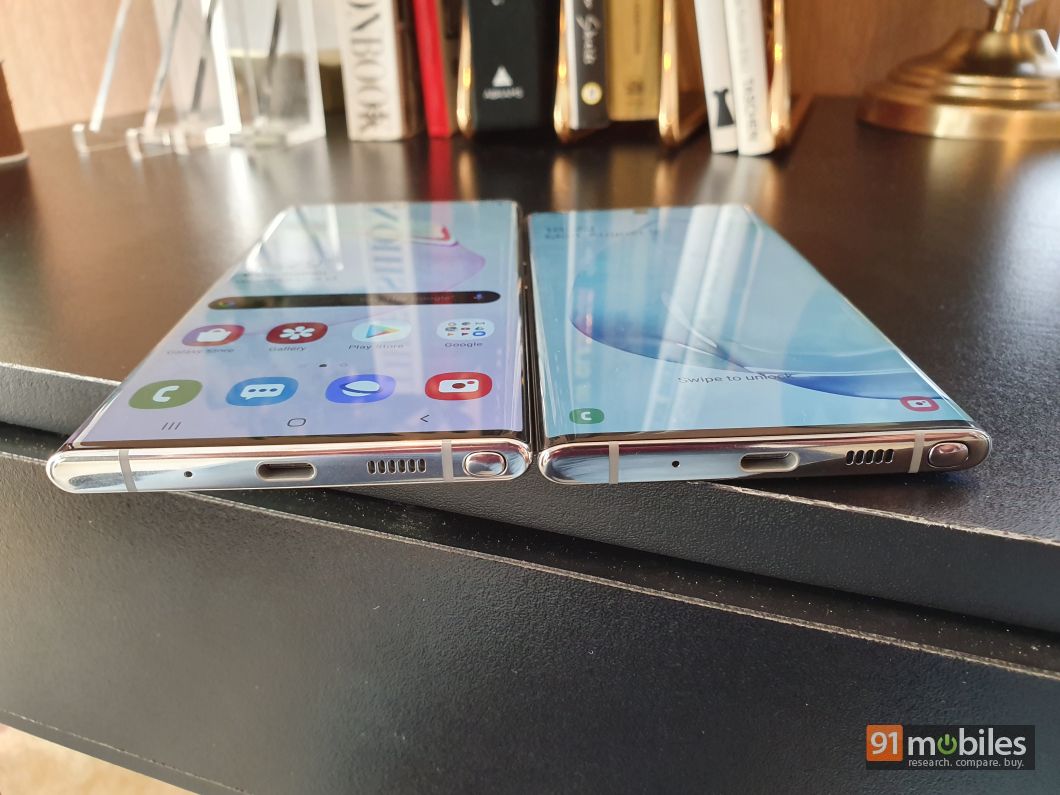 As unfortunate as it is, maybe it’s time to move towards the world of wireless audio… considering all other manufacturers of high-end smartphone have gotten rid of the 3.5mm headphone socket. Samsung has now joined that club as well. Both the Note 10 and Note 10+ have ditched this interface, though the duo do ship with a USB Type-C to 3.5mm adapter for letting you use regular earphones. 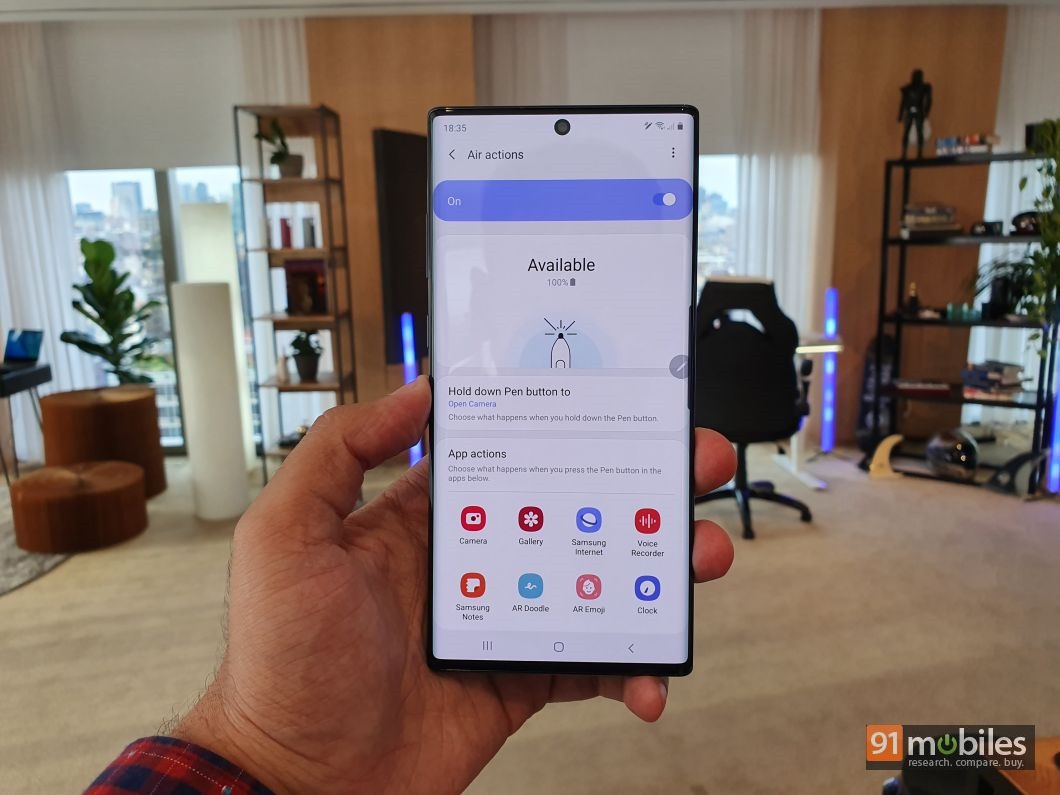 Of course, the calling card of the Note range has been the S Pen, and the phonemaker is making sure that remains the case this time as well. Last year, it added the Bluetooth functionality to the stylus making it useful as a remote control, and now, it has added support for “Air Actions” – gestures for triggering various actions. While using the camera app for instance, you could press the button on the S Pen and move it up and down in the air to switch between the rear and front cameras, and you could even rotate it clockwise and anti-clockwise to zoom in or zoom out. The best part is that Samsung would be opening up the SDK to developers so that they can exploit its capabilities and add this functionality to their apps.

As per the trend, the Galaxy Note lineup has always had the same processor as the S series siblings launched earlier in the year. However, the Korean giant is changing things slightly this time around. The Indian versions of the new Note 10 and Note 10+ draw power from the Exynos 9825 chipset, which is an iterative upgrade to the Exynos 9820 SoC present in the Galaxy S10 duo. Interestingly, while the chip isn’t the first to be based on 7nm fabrication, it’s the world’s first to utilise an all-new EUV technology instead of the conventional FinFET process.

DepthVision camera on the Galaxy Note 10+ 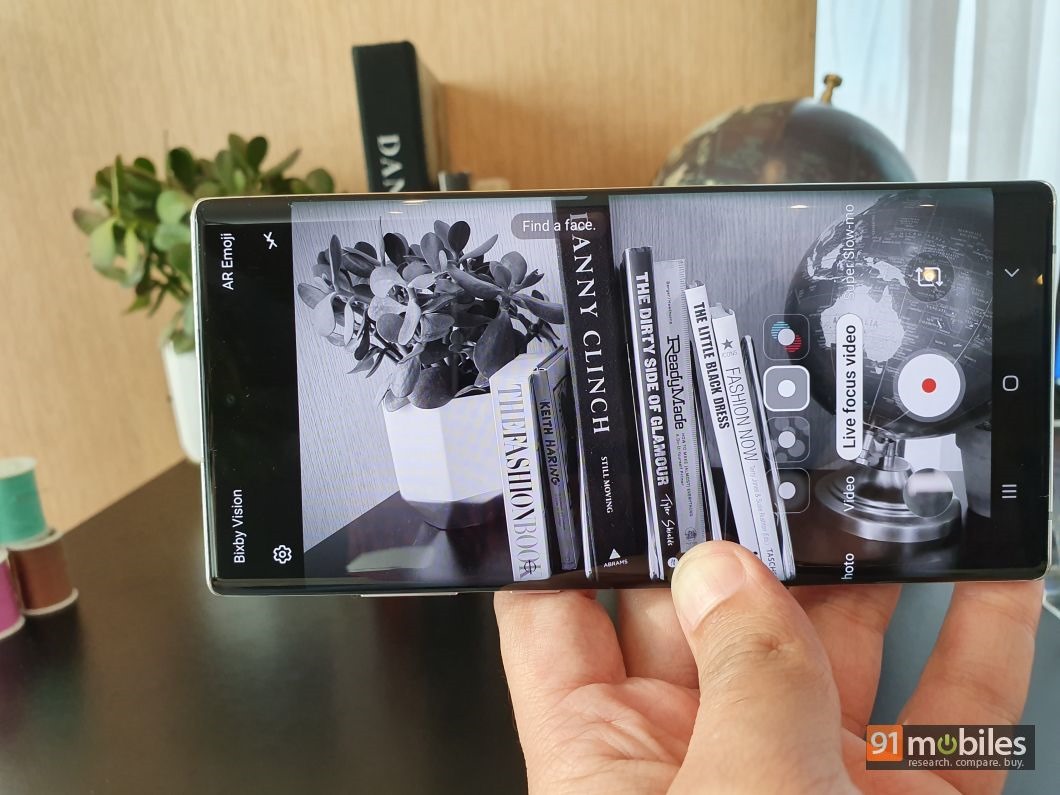 The Samsung Galaxy Note 10+ features quad cameras on its back, and while the triple shooters are the same as the S10 (review) / S10+ (review), the fourth one is an interesting sensor. It’s a Time-of-flight sensor – dubbed DepthVision – which helps capture brilliant portraits with well-defined edges, both for photos as well as videos. Interestingly, the live focus video is enabled by software for the front 10MP shooter as well as for the Note 10, which just gets a triple-camera setup minus the ToF sensor.

No microSD card slot on the Note 10 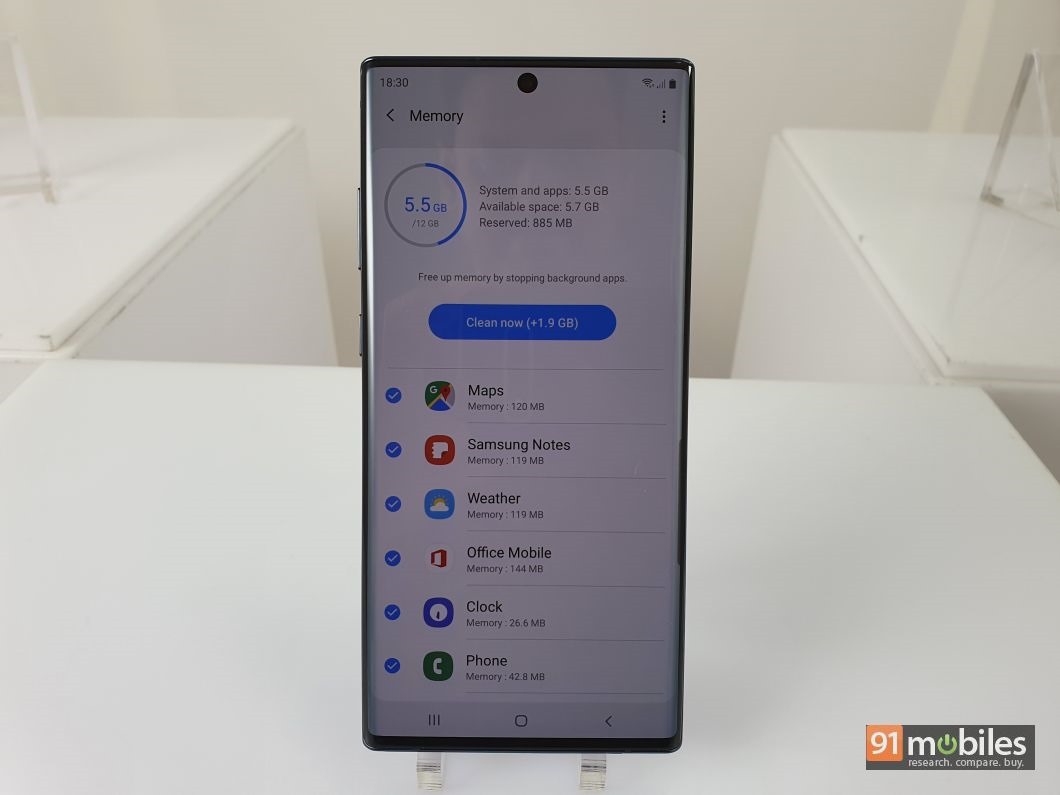 In a bid to create clear differentiating factors between the Note 10 and Galaxy Note 10+, the smaller variant doesn’t allow for memory expansion. Now that’s certainly a bummer for those who were planning to buy the Note 10, though the 256GB storage onboard should be enough to serve one’s purposes. In comparison, the Galaxy Note 10+ features a microSD card slot that lets the user extend the built-in 256GB / 512GB storage by up to 1TB. Both the Samsung Galaxy Note 10 and Note 10+ come bundled with 25W adapters in the box. It’s not the fastest charging standard around, and perhaps that’s why the Galaxy Note 10+ boasts support for 45W fast charging. Sadly however, you’ll need to purchase the wall charger separately to make use of fast-charging functionality. As per the company, the 45W charger can provide a day’s worth of juice within just 30 minutes of charging.

The Note 10 and Samsung Galaxy Note 10+ would be going on sale in India in the month of August itself, with preorders starting from August 8th.