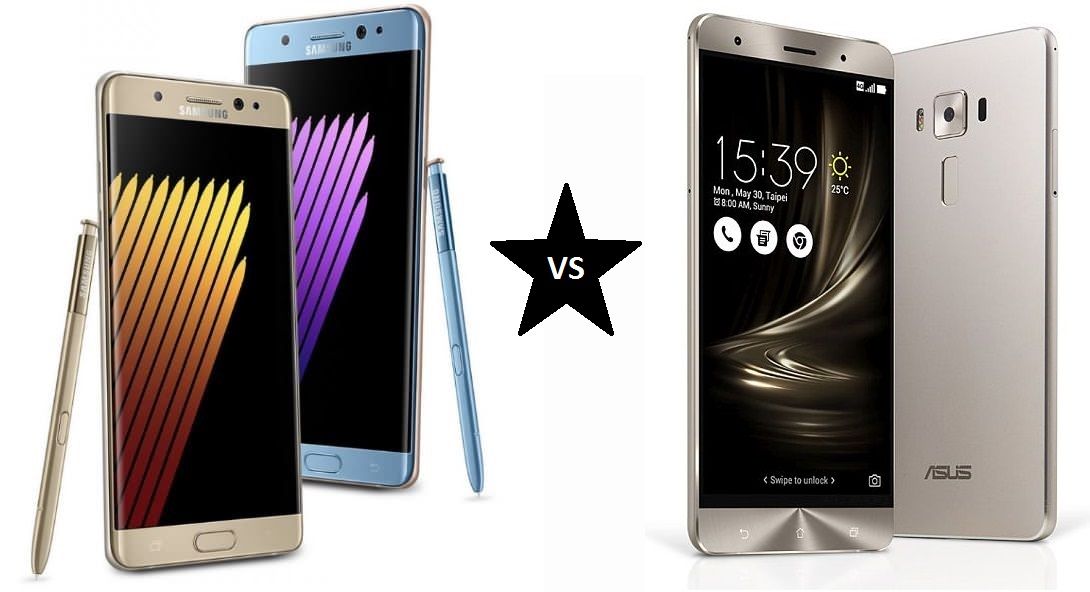 ASUS has finally launched its ZenFone 3 range of phones in India at its Z3nvolution event in New Delhi. Among all the new devices that were launched, the ZenFone 3 Deluxe (first impressions) was arguably the most interesting. That’s because it packs in some of the most up-to-date hardware specifications encased in a beautifully crafted metal design. ASUS might have gone a little haywire with the pricing, but what this means is that the ZenFone 3 Deluxe now faces the recently launched Samsung Galaxy Note7 as its prime competition. With the Galaxy Note7, Samsung has improved on many fronts, making the new phablet an ideal choice for buyers. But what does the ZenFone 3 Deluxe have in store for us to justify its pricing? And more importantly, can the ZenFone 3 Deluxe prove its worth against the phablet widely expected to be the champ? Let’s dig right into it. 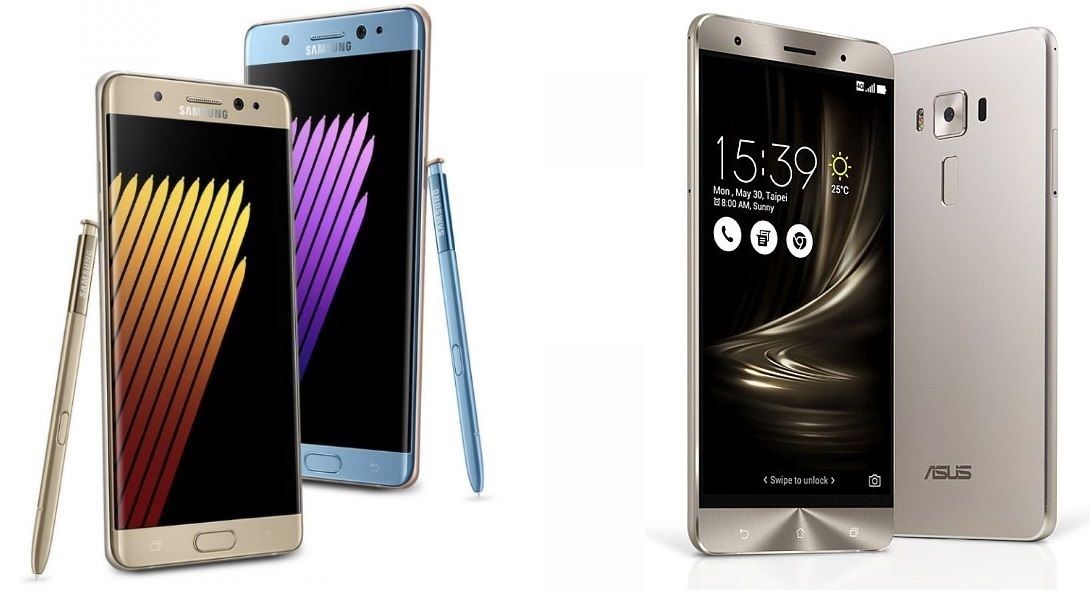 The Galaxy Note7 features one of the most refined designs from the Korean giant. Carrying forward the metal and glass design of the Note5 (review), the Note7 features curves on both the front and back side edges of the device making it sit quite comfortably in the hand. The glass back of the Note7 is a fingerprint magnet, and you’d find yourself wiping it clean more often than not. The rest of the design aesthetics are what you’d expect from a Samsung smartphone. There’s a front physical home button with a built in fingerprint scanner in between the two backlit capacitive buttons for back and recent apps. What’s new though is the IP68 rating for protection against dust and water. On the other hand, the ZenFone 3 Deluxe also has few tricks up its sleeves. For starters, ASUS claims that the ZenFone 3 Deluxe is one of the first full metal bodied smartphones with invisible antenna lines. The plastic antenna lines are one of the biggest hurdles every brand aims to overcome, and it is good to see that ASUS is working hard towards the cause. The fingerprint scanner on the ZenFone 3 Deluxe is located on the back of the device below the camera lens. Overall, both designs look good and you cannot go wrong with either of them. That said, if we had to choose one out of the two, our vote will go to the Samsung Galaxy Note7, thanks to its premium feel and IP68 rating.

When it comes to the display, both smartphones sport 5.7-inch Super AMOLED screens with deep blacks and high levels of saturation. But that’s where the similarities end. The Note7 flaunts a dual-curved display with QHD resolution, while it is bummer to see ASUS opt for a flat full HD display in the ZenFone 3 Deluxe at that price. After some math, it can be seen that the pixel density of the ZenFone 3 Deluxe is 386ppi, which is decent, but just not enough to challenge the 515ppi pixel density of the Note7. Another very important factor is the screen protection. The ZenFone 3 Deluxe uses Corning Gorilla Glass 4 while the Galaxy Note7 uses the latest Corning Gorilla Glass 5. So again, the Samsung Galaxy Note7 takes the lead here.

Both Samsung and ASUS have stuffed their latest smartphones with a plethora of features. This means that there are some features that only one of the two smartphones can boast about. For the Note7, it is its iris scanner, which adds an extra layer of security. Not to forget the improved S-Pen which brings with itself tons of functionality and ease of use. Then there is the always-on display, HDR videos and Vulkan API support. The Note7 has a lot going for itself. On the other hand, the ASUS ZenFone 3 Deluxe is an audiophile’s dream device. It offers a five-magnet speaker with NXP smart amplifier and Hi-Res audio for an immersive audio experience. Apart from this, there are not many exclusive features in the ZenFone 3 Deluxe. ASUS has fitted the ZenFone 3 Deluxe with tons and tons of camera features. The device features a 23MP rear snapper with ASUS PixelMaster 3.0 technology. The smartphone also features 3-axis electronic image stabilisation to support the 4-axis OIS. Furthermore, the handset also gets the brand’s TriTech autofocus system to quickly lock the focus on the subject. For selfies, it sports an 8-megapixel shooter on the front. On the other hand, the Galaxy Note7 features the exact same camera set up as seen on the Galaxy S7. That is, a 12MP dual-pixel rear camera with dual-LED flash, coupled with a 5MP selfie snapper. The camera on the S7 is one of the best we’ve seen in recent times, and we expect nothing different from the Note7. Samsung has opted for a tried and tested set up for the Note7, and that’s not something we’re complaining about. 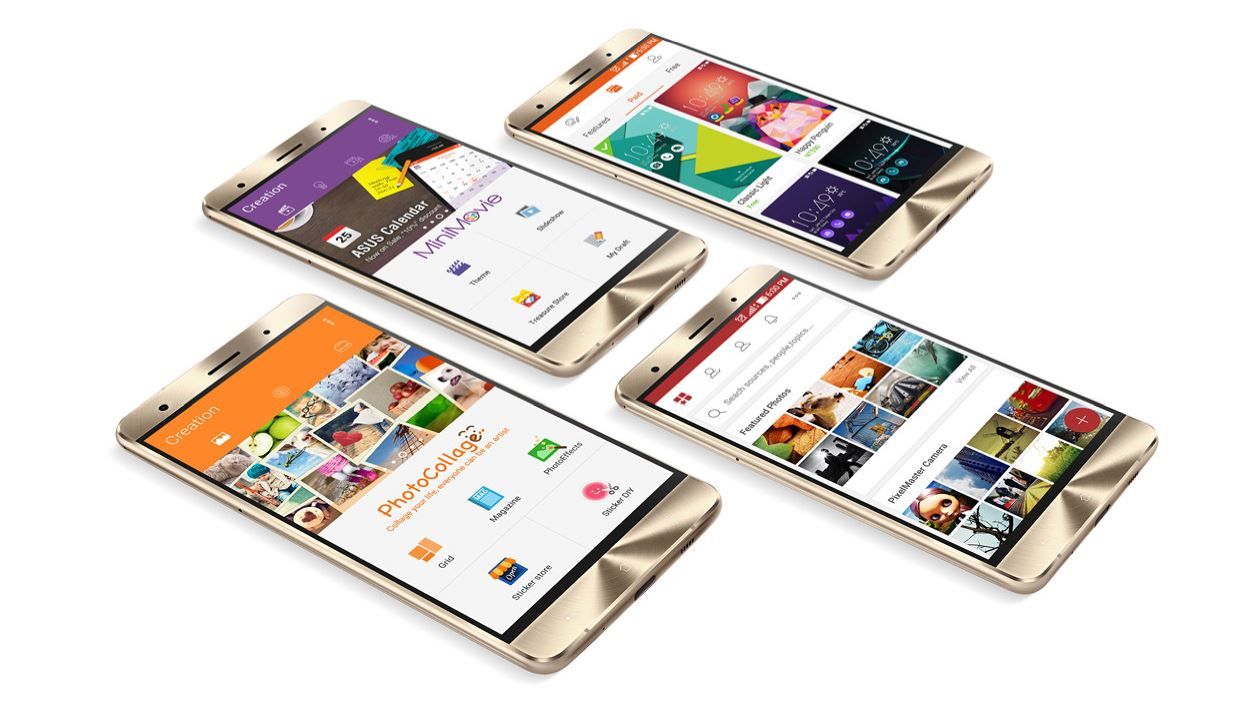 Out of the box, the Note7 runs Android 6.0.1 Marshmallow. Samsung has refined its TouchWiz user interface to take a unified approach on Android. The new software experience introduces softer colours and uniformly rounded icons to make it easy on the eyes. The Galaxy Note7 also gets all the edge panel features from the Galaxy S7 edge, making the curved screen very good asset for multitaskers. As per the ZenFone 3 Deluxe, it runs Android 6.0.1 Marshmallow with the latest ZenUI 3.0 on top. Unlike previous generations of ZenUI, version 3.0 is much lighter and more minimalist, which users will appreciate. 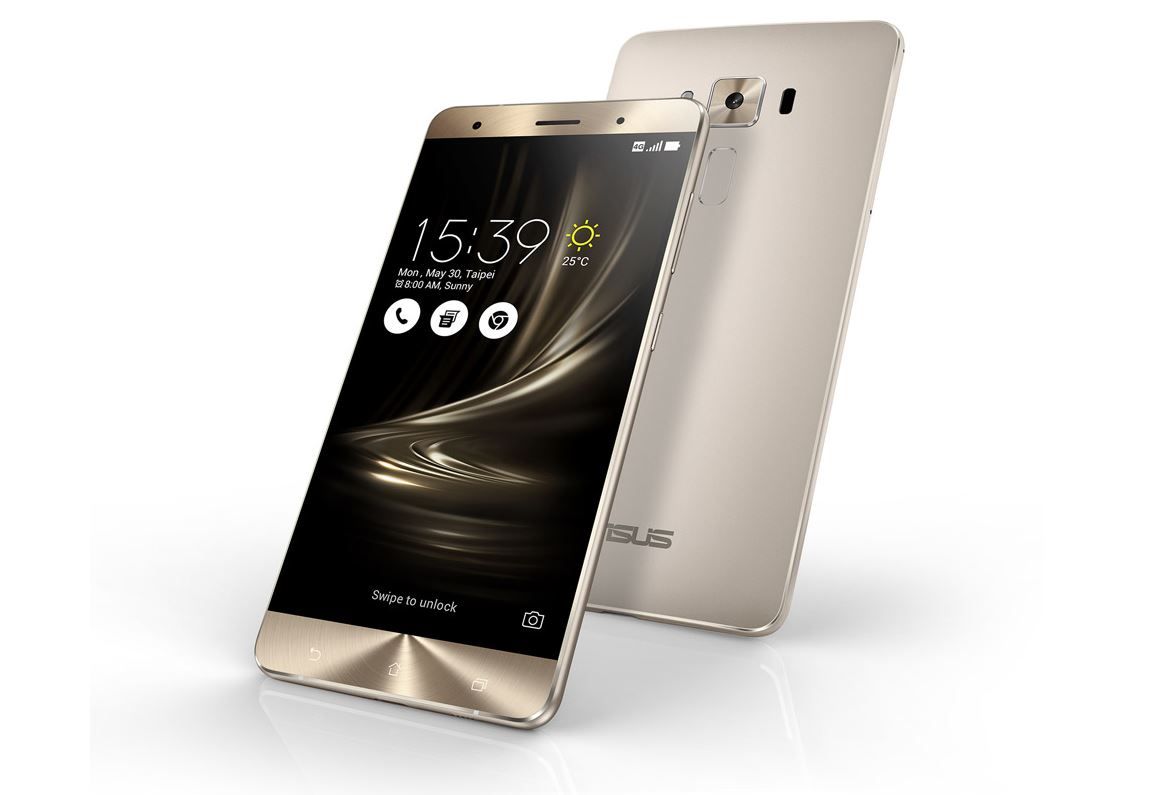 In India, the Samsung Galaxy Note7 will cost you Rs 59,990 and will be available starting September 2nd. Those of you who pre-order the device between August 22nd and August 30th can also pick up a new Gear VR headset for a discounted price of Rs 1,990. Samsung has also partnered with Reliance Jio to offer Note7 buyers a free 90-day preview offer. On the other hand, the ASUS ZenFone 3 Deluxe will go on sale from next month, starting at a price of Rs 49,999. The more powerful variant of the ZenFone 3 Deluxe with 6GB of Ram and a Snapdragon 821 chipset will set you back by a sum of Rs 62,999. It will be available in Grey, Silver and Gold hues. 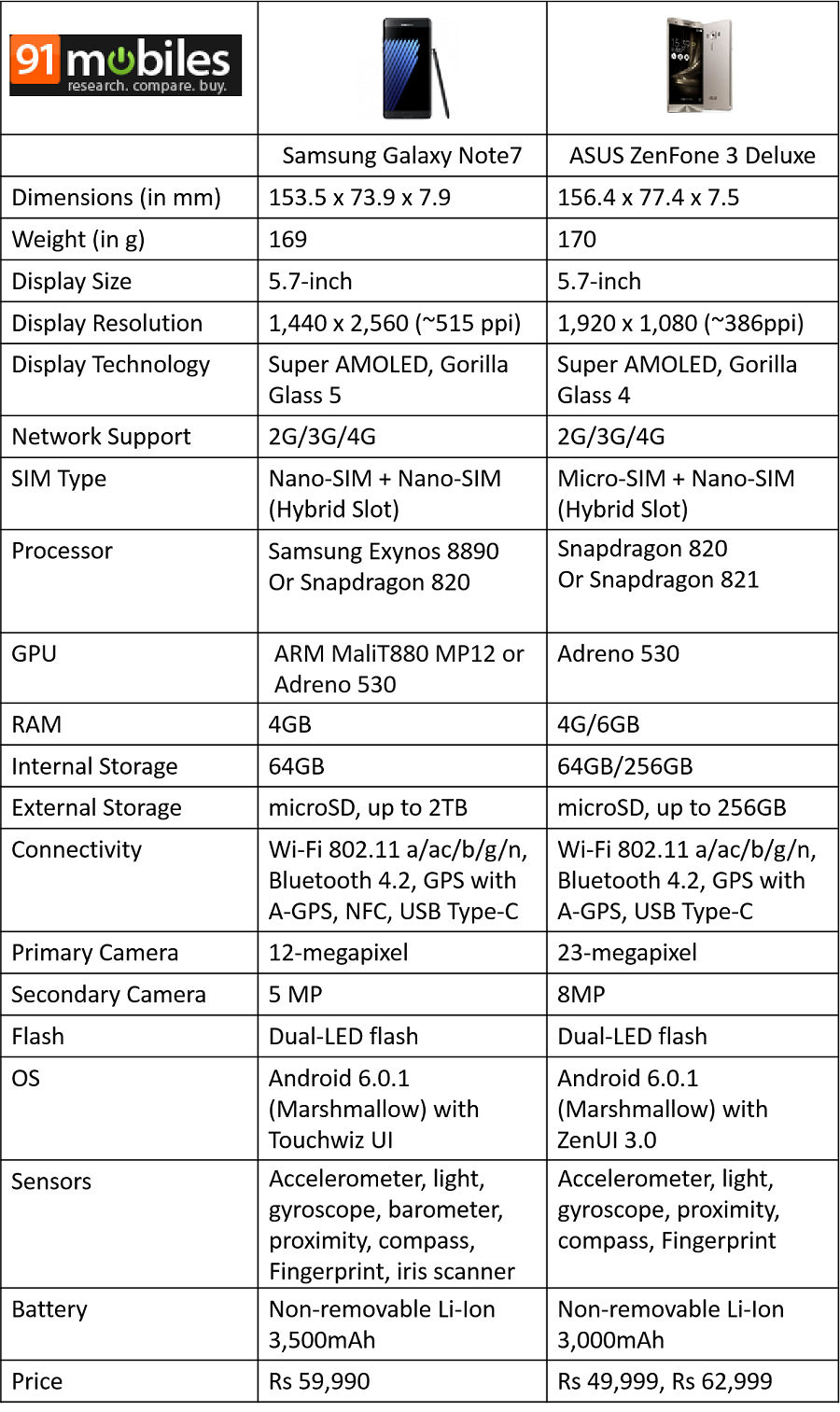 Nokia 6.1 Plus vs Samsung Galaxy J8: dual camera-toting mid-rangers battle it out