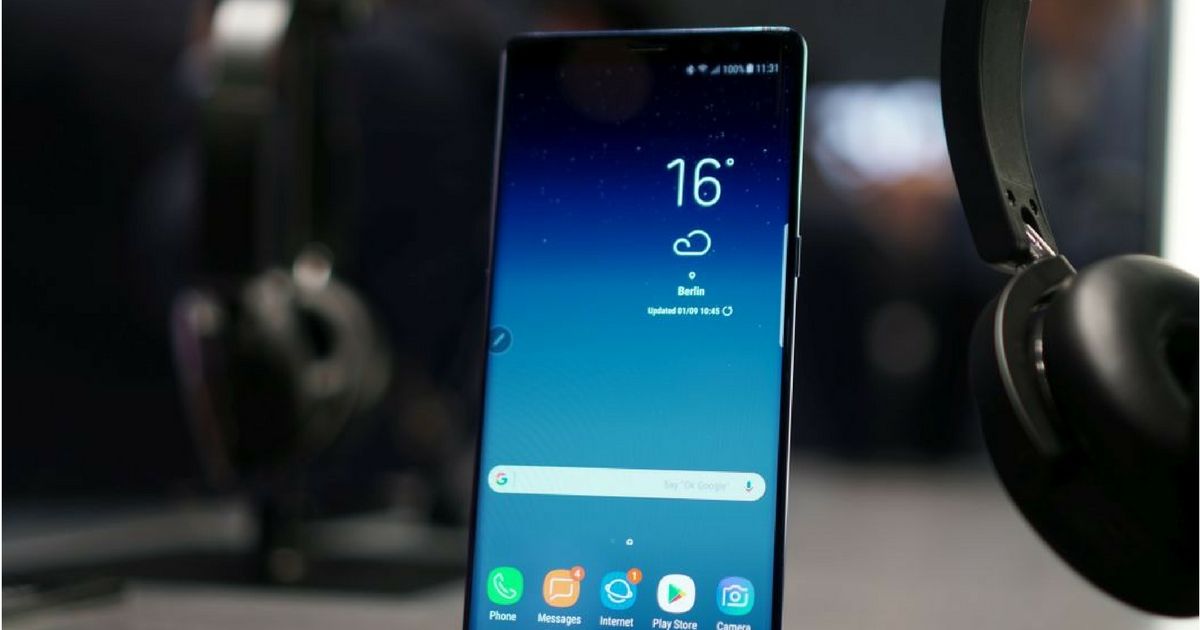 One can’t avoid a conversation about the newly launched Samsung Galaxy Note8 without alluding to last year’s fiasco. But, Samsung did good at the launch of its next-gen Note flagship by addressing the issue first in a very dignified manner. Therefore, all is forgiven and forgotten. And yes, the joke that you are itching to make is all stale by now. 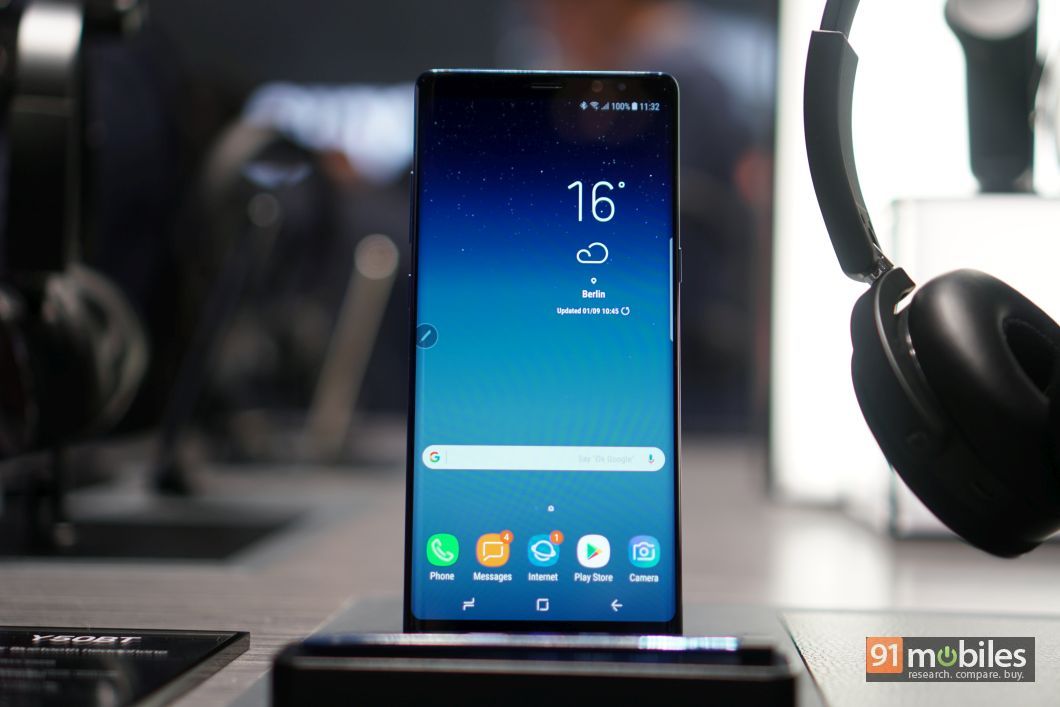 I managed to spend some time with the newly launched Note8 at IFA and was impressed. Despite its massive 6.3-inch Infinity display, the phone is not imposing and is very welcoming.

The Note8 fit in my palm nicely thanks to the fact that it isn’t like most phones, since it uses an aspect ratio of 18:9. And not to forget, most of them – including the iPhone 7 Plus – have ugly bezels around the display. There are like a teeny-tiny bezels all around the display of the Note8, making it look almost all screen. However, this is not very unique considering the Samsung Galaxy S8 and the Galaxy S8+ (review) both had such stunning displays. The Note8 has the same Bixby button on the left, which still cannot be reconfigured. 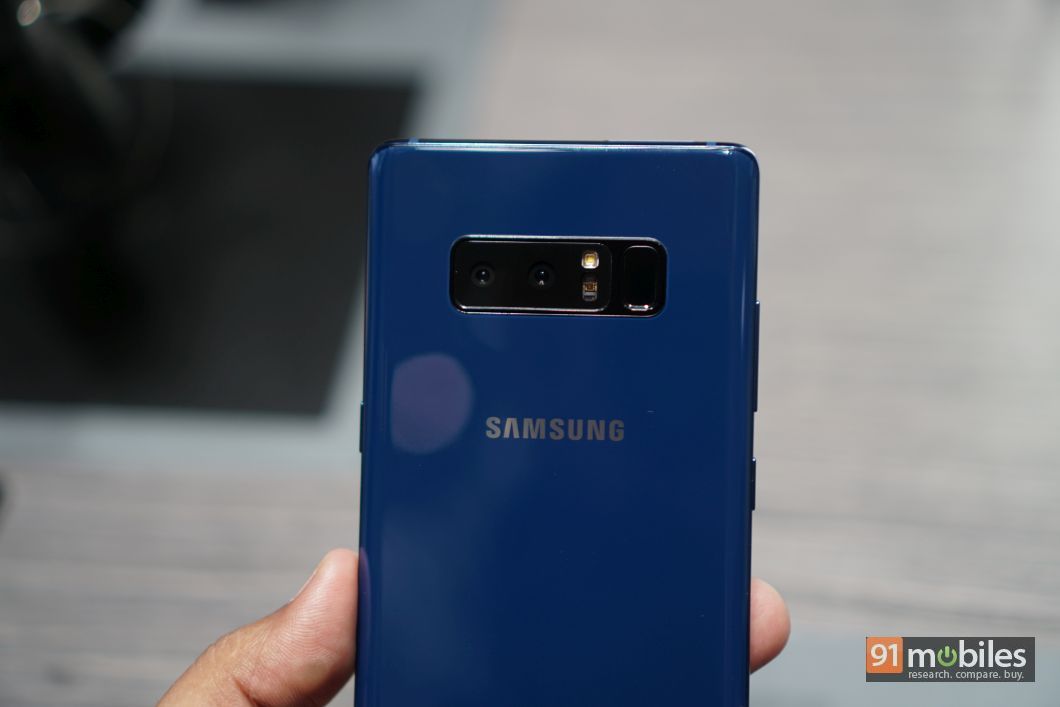 Obviously, the most annoying aspect of the Samsung flagship smartphone design in 2017 has to be the fingerprint scanner on the rear, right next to the camera. Not only does your finger graze the glass protecting the lens ever so often, the scanner is also impossible to reach on the Note8. I guess you need to be proficient in callisthenics to reach the fingerprint reader on the rear. That said, if you are planning on buying the Note8, I wouldn’t sweat it considering you get a slew of unlocking options which includes an Iris scanner and face unlock. 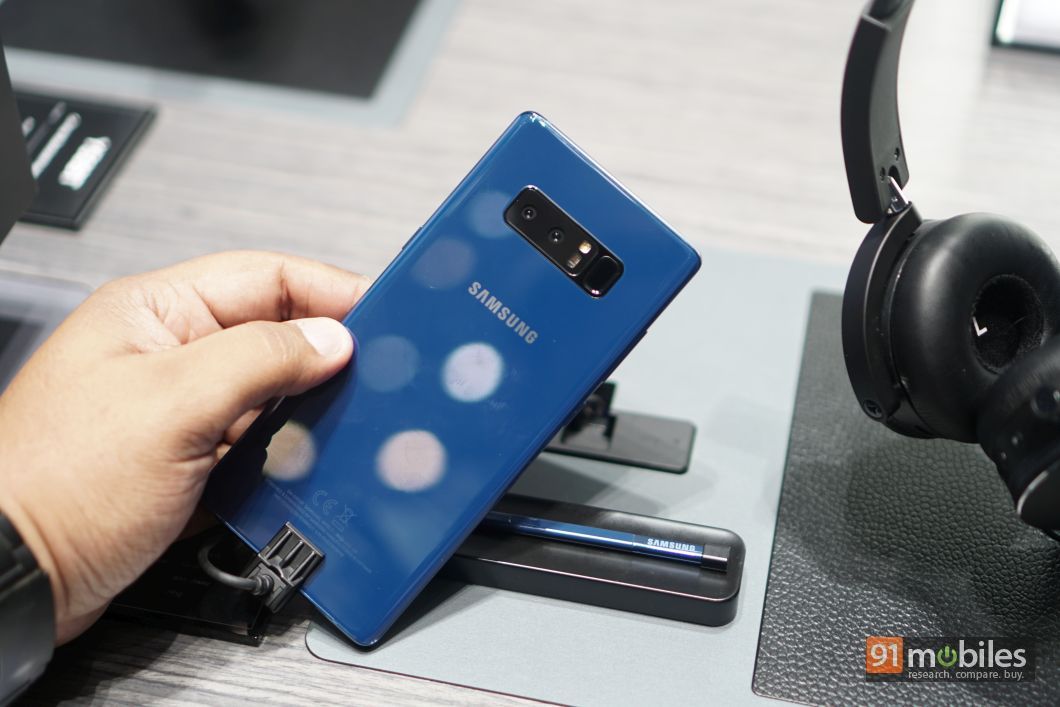 The Note8 is Samsung’s first smartphone to sport dual cameras on the rear. While some might think the company is late to this trend, I think it is more vital to get it right. And boy, does the Note8 deliver. The pair of 12-megapixel sensors on the rear work in tandem to do 2x optical zoom and an added depth-of-field implementation. Obviously, all of this is similar to what the iPhone 7 Plus already does. That said, Samsung’s second camera is also optically stabilised. This makes it much better than Apple’s implementation by default. Moreover, the Note8 makes use of the Snapdragon 835 SoC’s raw power to actually focus on the subject live, and increase or decrease the depth effect according to your preference. It works flawlessly. I’d love to test the camera fully to know exactly how much better it is. Considering how good the Galaxy S8’s camera was, the Note8 should be pretty impressive too. 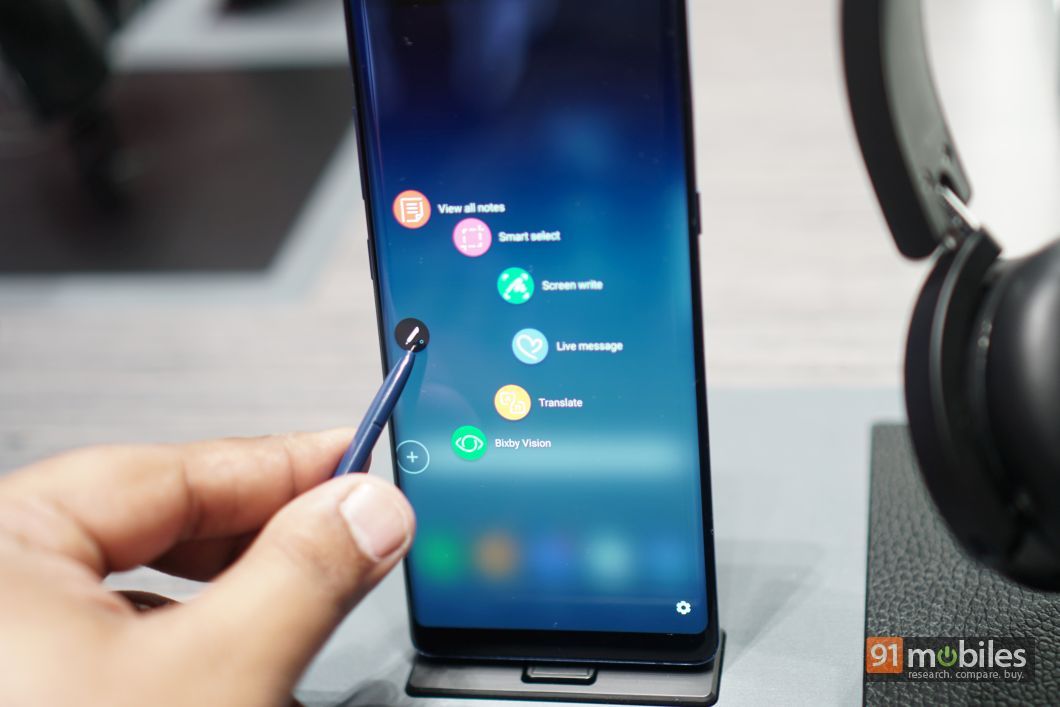 You also get a much improved S Pen stylus with the Note8. You can now take up to 100 pages of notes even when the screen is locked, which is pretty cool. The S Pen is just super responsive. Also, the phone is pretty fast but the Bixby button is still as slow as molasses. By the way, Samsung has fitted a smaller 3,300mAh battery on the Note8, just to be cautious I believe. And, the rest of what makes up the Note8 is what we’ve already seen in the Galaxy S8.

Having said that, I can’t wait to spend more time with the Note8. It is the “everything” smartphone. I doubt there is one thing missing on the phone. Wait for our full review soon.