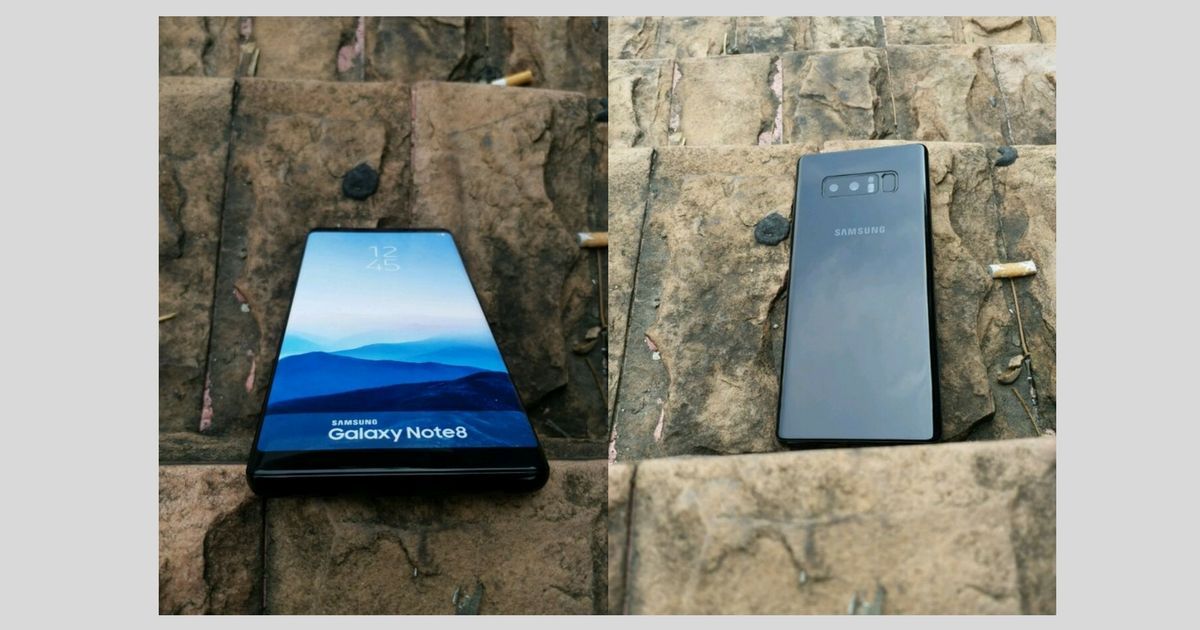 “These images show off the upcoming Note8 in all its glory”

The launch of Samsung’s upcoming flagship, the Galaxy Note8 is barely a week away, but that doesn’t mean that the internet has to stop giving us more details about the phablet. While we’ve already seen renders of the latest offering in Samsung’s Galaxy Note series, now we have live images of the curvaceous bezel-less smartphone. The leaked images are in line with our exclusive renders of the device which we published in June. 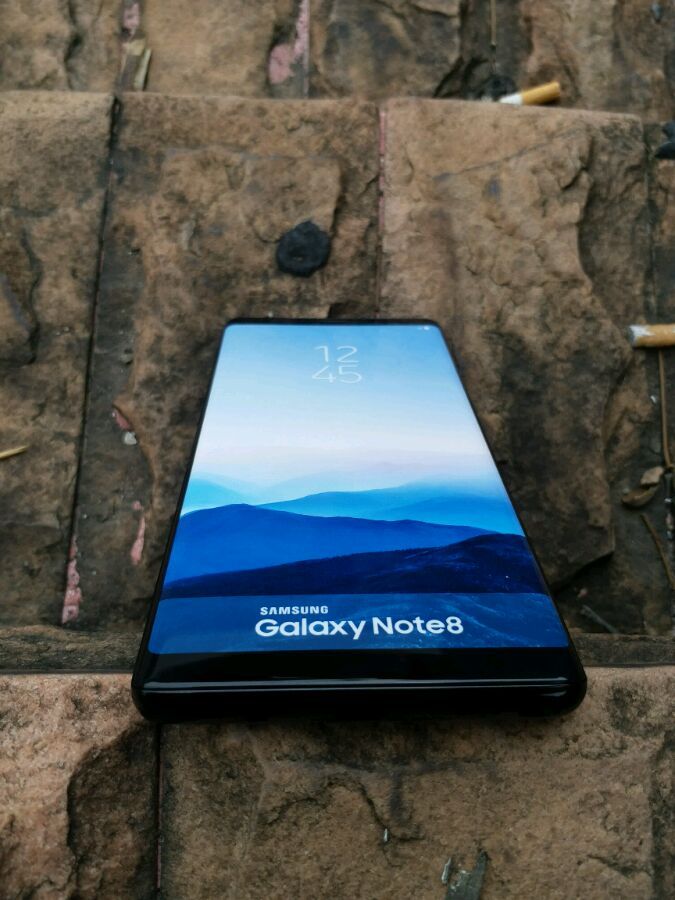 These images pretty much confirm what we’ve known so far – the Note8 is the enlarged Galaxy S8 / S8+ (review) with its 6.3-inch display, including the curved edges and minimal bezels. We can also see the fact that the device merges with the background while using its camera because of the all-screen front. Talking about the optics, the phablet will be the first offering from the South Korean giant with dual cameras, which are rumoured to be rated at 12-megapixels. Similar to the S8 duo, the Galaxy Note8 will have a combination of a metal and glass design. The fingerprint sensor is also visible at the rear.

Thanks to the live images, the button and port placement of the Samsung Galaxy Note8 are also confirmed. Just like its siblings, the power button is available on the right spine, whereas the volume rocker and Bixby button are towards the right. The top hides the ejectable SIM slot. While there’s no image of the bottom edge, we can safely assume that you’ll find the 3.5mm audio interface and the USB-Type C port there.

Related read: What to expect from the Samsung Galaxy Note8

As per the leaks, the Samsung Galaxy Note8 will be powered by Snapdragon 835 / Exynos 8895 SoC coupled with 6GB of RAM. The dual cameras on the device are expected to offer 2x optical zoom. The S Pen-toting phablet is rumoured to draw power from a 3,300mAh battery. With the unveiling of the Note 8 set on August 23rd, we won’t have to wait for long to see if these specs are true or not.