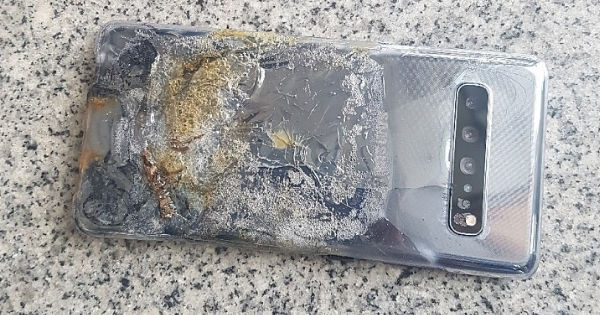 “The user claims that the Samsung Galaxy S10 5G suddenly lit up in his hand and as he dropped it, the phone exploded”

Samsung had a bad phase in 2017 when several Galaxy Note 7 units exploded due to battery design and the smartphone drew a lot of flak from users as well as a ban on the device. It took the brand a Galaxy Note 7 Fan Edition as a tribute and couple of years to move out of the shadow of that unfortunate incident. However, Samsung might be looking at a bad case of Deja Vu, as a Korean user has reported that his Galaxy S10 5G exploded and got damaged. 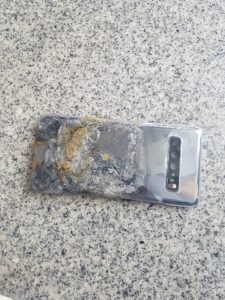 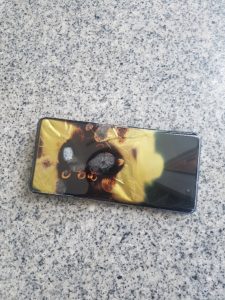 The Korean user took to a forum to post the pictures of his mutilated and damaged Galaxy S10 5G. The translation of the Koren text accompanying the pictures suggests that the smartphone lit up by itself and when the user dropped it, the handset burst into flames and exploded. This is actually more worrisome than the Galaxy Note 7 fiasco, which was triggered by charging the phone. The smartphone actually heating up by itself and bursting into flames is more worrisome. The images shared by the user shows the Galaxy S10 5G heavily damaged by fire on the front as well as the back panel. 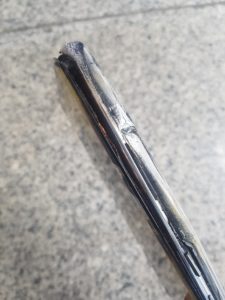 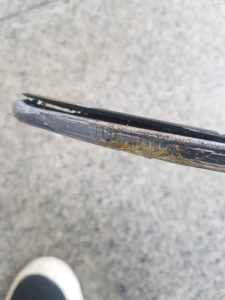 According to the post by the user, he took the smartphone to the Samsung Care Center immediately. However, the centre didn’t offer any replacement or refund for the damaged device. If the reports are to be believed, this is the first ever incident of the Galaxy S10 5G exploding and we can expect this to be a one-off incidence. However, the South Korean brand is yet to respond officially regarding the mishap.

To jog your memory, the smartphone launched officially in Korea on April 5th and was expected to arrive in the US and European markets soon.