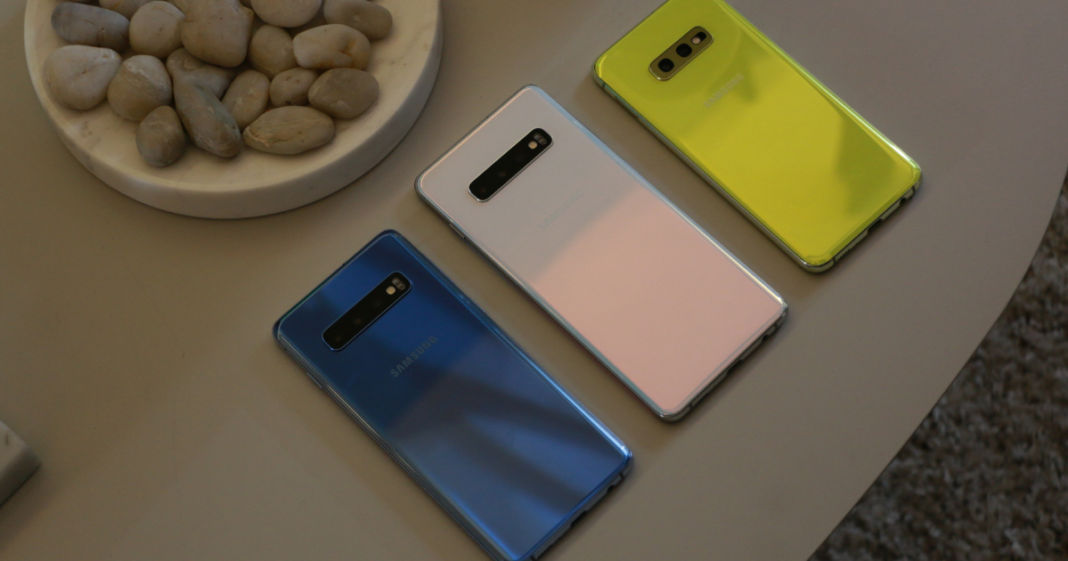 Samsung Galaxy S10 series has been among the most eagerly awaited flagship phone lineups in the past few years. The Galaxy S10 series breaks ground on several frontiers: it uses a punch-hole design to eliminate the notch, offers the ultrasonic in-display fingerprint sensor, and comes with some great optics solutions to deliver professional-grade images from mobile phones. And, this year, the company has launched three smartphones as part of its flagship lineup instead of the usual two, namely Galaxy S10, Galaxy S10+, and Galaxy S10e. While the three smartphones share a lot of features and hardware, there are still several distinguishing factors to separate them. We take a look at everything that differentiates the three smartphones, including the price and specifications. 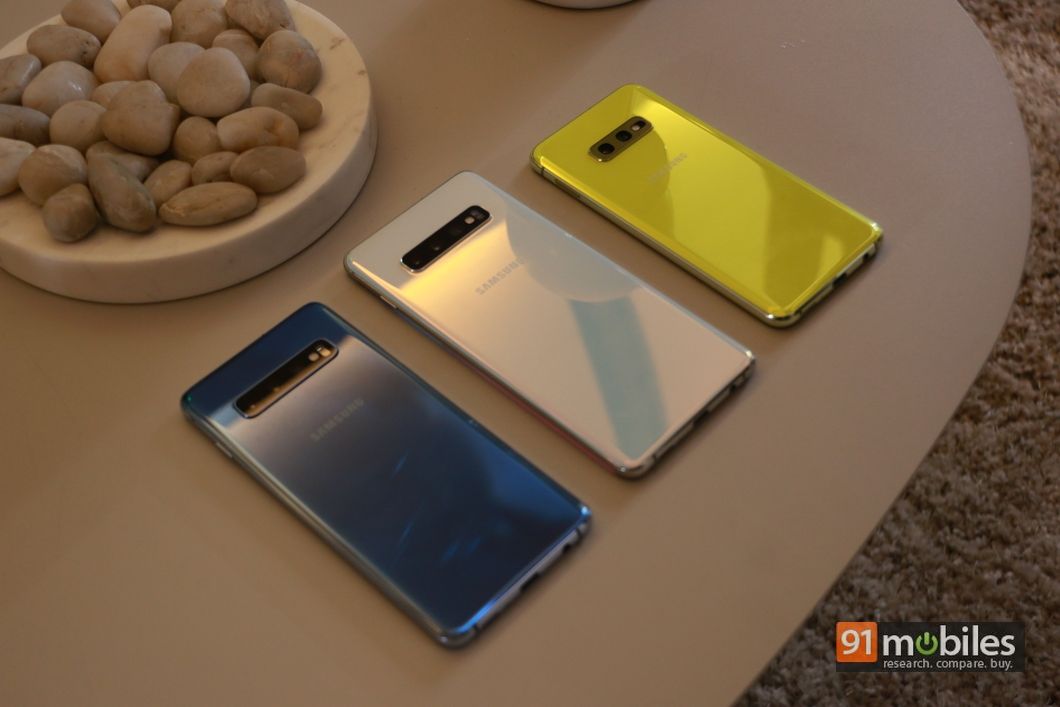 Let’s start with the design of the latest flagships, which for the most part, is consistent across the three models. In fact, between the Galaxy S10+, the Galaxy S10, and the Galaxy S10e, the only real difference is in the size, with the Plus variant towering over the other two models by some margin. Other than that, all three smartphone sport a glass-sandwich design, which is held together by a metal trim. The handsets feel extremely comfortable to grip too, thanks in no small part to their curvy backs and chamfered edges. However, you should know that there’s a substantial difference in the weight of the three devices and, therefore, buyers who prefer carrying a lightweight smartphone will feel right at home with the 150g Galaxy S10e.

That’s not the only reason to pick up the most affordable offering from the lot, mind you. For instance, if you like flashy colours, then Galaxy S10e is where your money should be at, as the device comes in vibrant colours such as Canary Yellow.

Barring the colour choices, the Galaxy S10e is the only model amongst the three flagships to ship with a capacitive fingerprint sensor which has been positioned towards right-hand spine of the device. On the contrary, the Plus as well as the standard options ship with the ultrasonic in-display fingerprint sensor, a first for the industry. Quite honestly, while in-display fingerprint technology is cool, it still has ways to go and so buyers opting for the Galaxy S10e won’t miss out on much.

All three devices also feature Samsung’s Intelligent scan technology, which combines retinal scanning and facial recognition for a more fool-proof and reliable authentication method. Lastly, much like last year’s flagships, Samsung has furnished its latest models with IP68 certification and wireless charging tech too. And, lest we forget, there’s still a 3.5mm headphone jack on all three of the models.

While the three smartphones draw parallels in terms of the design, they are quite different in the display department. Notably, the Galaxy S10e ships with a 5.8-inch FHD+ Flat Dynamic AMOLED display, whereas its brethren sports QHD+ Curved AMOLED displays, measuring in at 6.4-inches for the S10+ and 6.1-inches for the S10. Interestingly enough, all three devices ship with a hole-punch display, the likes of which you might’ve seen on Honor View 20 (review) smartphone. 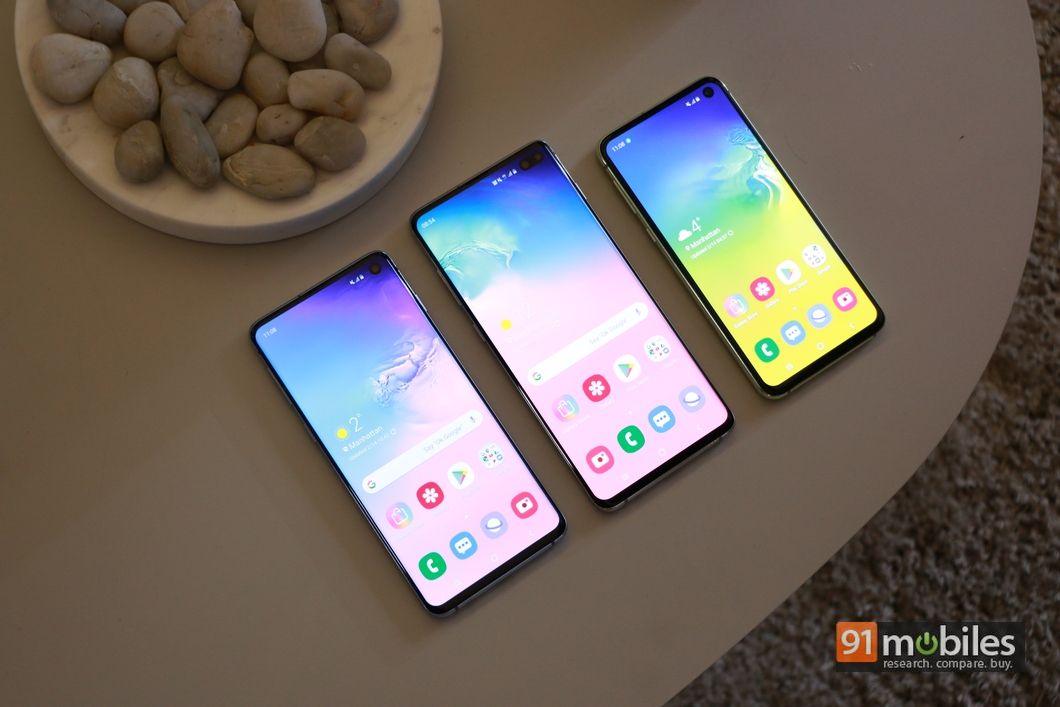 Barring the difference in the size and the resolution, the display on the S10e doesn’t slant off into the edges as it does on the other two variants, which takes away from the device’s ‘wow’ factor. However, Samsung has a reputation of making the best displays in the industry, so the display on the S10e should hold up well upon inspection.

As for the core specifications, Galaxy S10 series phones are backed by the same silicone (either the Snapdragon 855 or the Exynos 9810); however, they offer different RAM and storage options. The Plus model comes in either 8GB or 12GB RAM options, and correspondingly, you can spec up the device with either 128GB, 512GB or a whopping 1TB of internal storage. Moving on, the Galaxy S10 offers two different SKUs of either 8GB RAM and 128GB storage, or 8GB RAM and 512GB storage. Lastly, the Galaxy S10e offers buyers two RAM options of 6GB and 8GB, which will get you 128GB or 256GB of built-in storage respectively. Regardless of which model you opt for, you will get class-leading performance on all three of the devices. Bear in mind that all three devices also offer storage expansion up to 512GB by means of a microSD card. 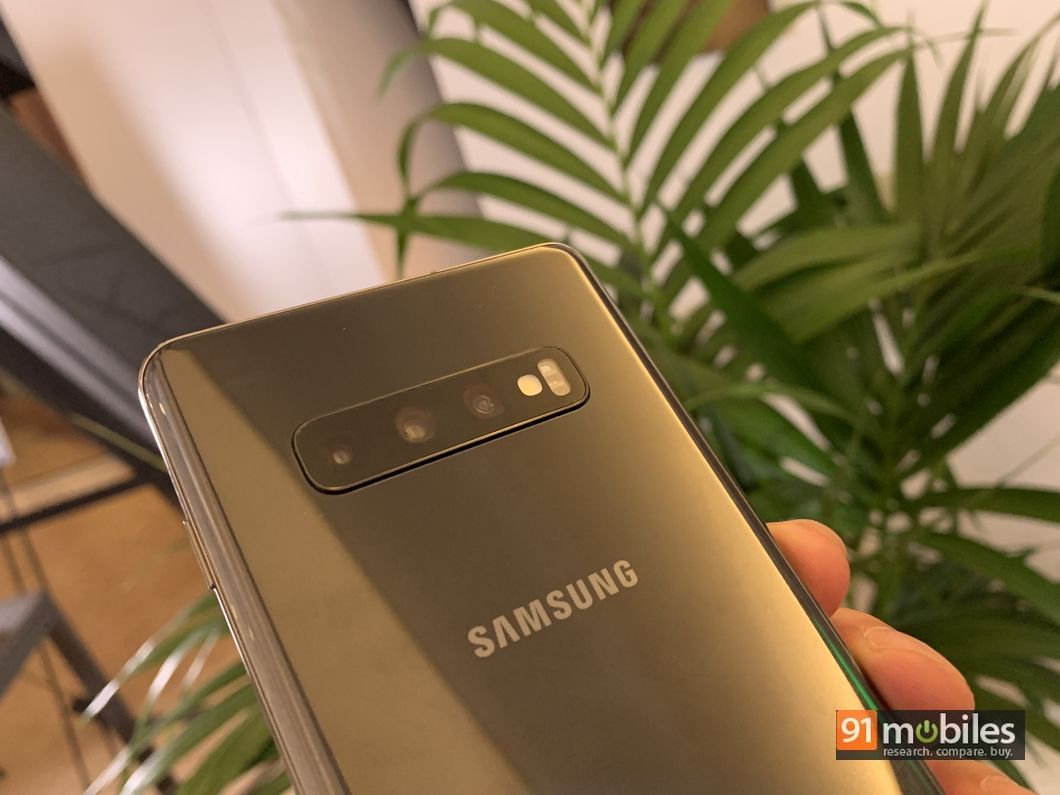 The other big change between the three smartphones is in the camera department. Both, the Galaxy S10+ as well as the Galaxy S10 offer a triple camera setup at the back, comprising a 12MP telephoto lens with f/2.4 aperture and up to 10x digital zoom, a 12MP wide-angle lens with f/1.5 aperture and an ultra-wide 16MP shooter with f/2.2 aperture and a 123-degree field of view. On the flip side, the Galaxy S10e omits the telephoto shooter and offers a dual-camera setup at the back comprising the wide-angle and the ultra-wide angle lens present on its bigger siblings.

For selfies, the Galaxy S10 Plus ships with a dual-camera setup on the front which includes a 10MP, f/1.9 aperture standard shooter and an 8MP RGB depth sensor. On the flip side, both, the Galaxy S10 and the Galaxy S10e offer a single 10MP selfie shooter.

There are some other notable differences between the three smartphones too. The Galaxy S10 Plus features a 4,100mAh cell, making it the biggest battery on a Samsung flagship yet. The S10, on the other hand, is fuelled by a 3,400mAh cell and lastly, the S10e is backed by a 3,100mAh unit. Samsung has also omitted a heart rate monitor on the Galaxy S10e.

So there you have it folks, a quick guide to some of the biggest differences between the three Samsung flagships. Do let us know in the comments below as to which of the three handsets you plan on picking up and for more information, stay tuned to our blog.