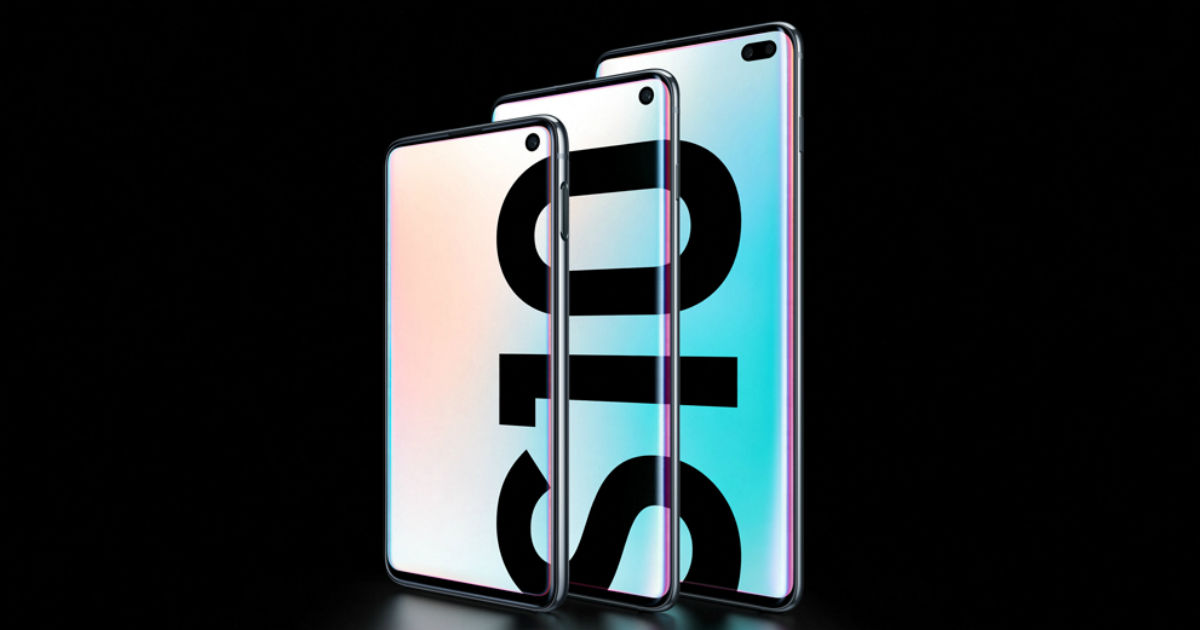 “Samsung Galaxy S10 India pre-orders will start in India at 10am, says the Flipkart banner, even though the company officially has not announced the same yet”

Samsung Galaxy S10 series is now official, with the company taking the covers off its flagship handsets in San Francisco. It announced pre-orders for Galaxy S10 series smartphones will begin on February 22nd in several markets, but didn’t reveal which countries it will be. While the company remains mum on the matter in India, a Flipkart page has revealed one key detail regarding the Galaxy S10 India pre-orders. 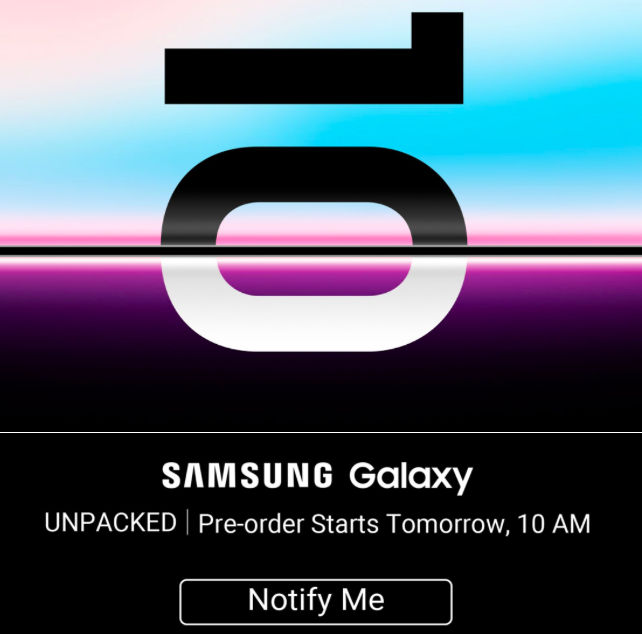 Samsung Galaxy S10 pre-orders in India will start at 10am tomorrow, according to Flipkart banner. The page also allows users to sign up for notifications about the handsets by clicking on the ‘Notify Me’ button when logged in. There is, however, not much information to learn from the Flipkart page about the Galaxy S10 India pre-orders beyond the time. However, we should expect to get more details about the pre-bookings as the clock strikes 10am.

The Galaxy S10 price in India is unlikely to be revealed though as Samsung for the past few years has taken pre-orders for its flagship smartphones with a small deposit at the time of placing the booking. The rest of the sum needs to be paid when the price is officially announced and device is picked up. We can expect some pre-order offers, such as the Galaxy Watch at a discounted price or free Galaxy Buds earbuds with the handsets. Moreover, there will likely be complimentary data from telecom operators such as Jio or Airtel.

There are three smartphones in the new flagship series, namely Galaxy S10e, Galaxy S10, and Galaxy S10+. The first model is the entry point for the new lineup and misses out on a few key features. It has a 5.8-inch full-HD+ Infinity O Dynamic AMOLED screen with 19:9 aspect ratio and flat edges. The smartphone has dual rear camera setup, featuring a 12MP wide-angle lens with Super Speed Dual Pixel autofocus, f/1.5-2.4 aperture, and OIS as well as a 16MP ultra-wide angle lens with 8x optical zoom and f/2.2 aperture. It also has a 10MP Dual Pixel autofocus selfie camera with f/1.9 aperture. The smartphones with 6GB RAM, 3,100mAh battery, and 128GB and 256GB storage options.

Galaxy S10 has a slightly larger 6.1-inch Dynamic AMOLED display with Quad HD+ resolution, 19:9 aspect ratio, and curved edges. It has a triple rear camera setup with 12MP primary sensor with f/1.5-2.4 aperture, OIS, and Dual Pixel autofocus, a 12MP telephoto lens with OIS and f/2.2 aperture, and 16MP ultra-wide sensor with f/2.2 aperture. It has the same selfie camera setup as the Galaxy S10e. The smartphone has a 3,400mAh battery, 8GB of RAM, and 128GB and 512GB onboard storage options. 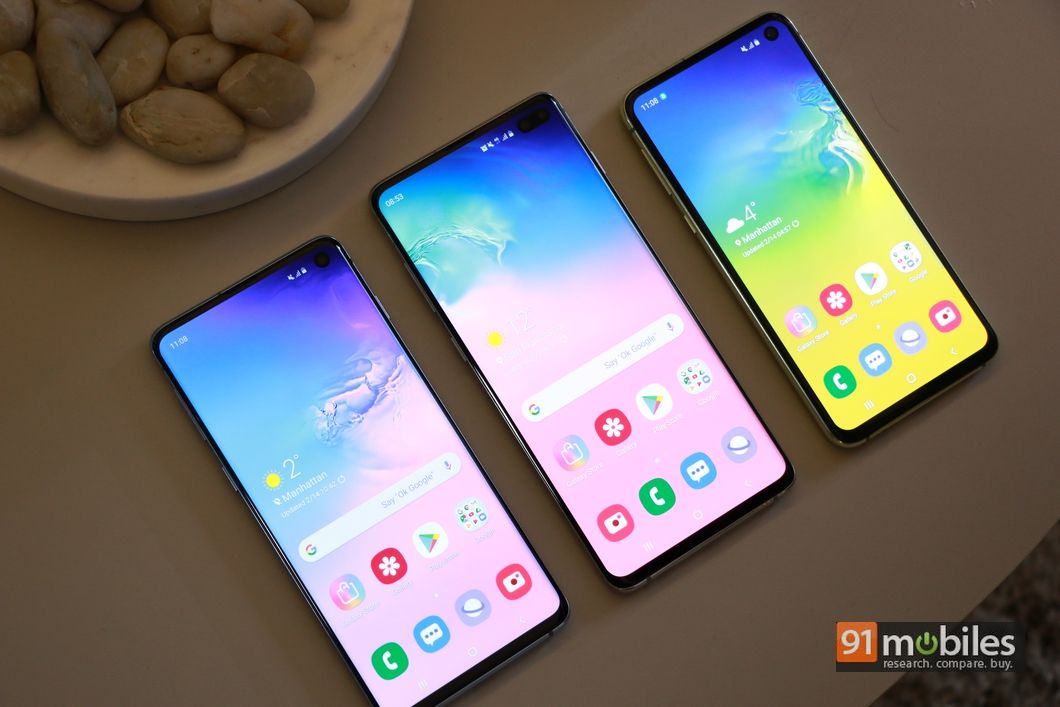 Galaxy S10+ sports a 6.4-inch QHD+ Dynamic AMOLED screen with curved edges, the same triple rear camera setup as the Galaxy S10, and a 4,100mAh battery. It comes with dual selfie cameras, with a 10MP Dual Pixel autofocus sensor with f/1.9 aperture and a 8MP depth sensing camera with f/2.2 aperture. The smartphone comes in 8GB and 12GB RAM options and 128GB, 512GB, and 1TB choices for internal storage. The Galaxy S10 and the Plus variant both have an ultrasonic in-display fingerprint sensor, while the S10e is stuck with a side-mounted fingerprint sensor.

As for the common features, all three phones in the Galaxy S10 series in India will be powered by the 8nm octa-core Exynos 9820 SoC. The operating system powering the phone will be the Android 9 Pie-based One UI. Users will be able to expand the storage by up to 512GB using microSD cards, though it will take up one of the SIM card slots as the handset doesn’t have a dedicated microSD card slot. The smartphones also have fast-charging support for both wired and wireless charging as well as reverse wireless charging. All three handsets also have IP68 certification Wi-Fi 6, Bluetooth 5.0, USB Type-C, 3.5mm jack, NFC, and 4×4 MIMO as well as Cat 20 LTE support.