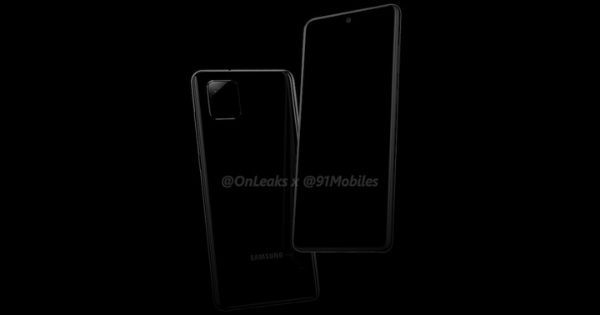 The upcoming Samsung Galaxy S10 Lite and the Galaxy Note 10 Lite smartphones have just received certification from Bluetooth SIG. This confirms that the launch date for the phones is just around the corner. Early rumours and reports had suggested that Samsung would launch the Galaxy S10 Lite and the Note 10 Lite in December in India. However, we reported yesterday that the launch has been delayed in the country. According to our sources, Samsung will launch the new devices in early January 2020. The South Korean giant will most likely only unveil the Galaxy A51 smartphone this month. Although, we would still suggest taking all this with a pinch of salt.

The Bluetooth SIG certification also confirms the names for the devices, which was already known. We’ve also seen renders of the upcoming smartphones from Samsung and an official support page is already live for the Galaxy S10 Lite on the company website. Now, all we have to do is wait for Samsung to make an official announcement. Out of the two new devices, the Galaxy Note 10 Lite will be more substantial than the other. An affordable Galaxy Note smartphone with support for S-Pen is a great thing for customers.

As seen in the renders, both the Galaxy S10 Lite and the Note 10 Lite share a similar design. Both devices have a punch-hole display with a cutout in the top centre for the front camera. The phones also have a rectangular rear camera module at the back, which is different from their other siblings. According to the leaks, the Galaxy S10 Lite will get a 6.69-inch display and will be powered by the Snapdragon 855 chipset. The phone will get a triple-rear camera setup, 32-megapixel front camera, and support for 45W fast charging.

The Galaxy Note 10 Lite is expected to have the same chipset found on the Galaxy Note 9 and Galaxy S9 series of smartphones, the Exynos 9810. The phone will supposedly feature a 6.7-inch Dynamic AMOLED display and will bring back features such as the headphone jack. It will also support the S-Pen, but we’re not sure if it will be able to perform the same actions as the S-Pen on the Note 10.