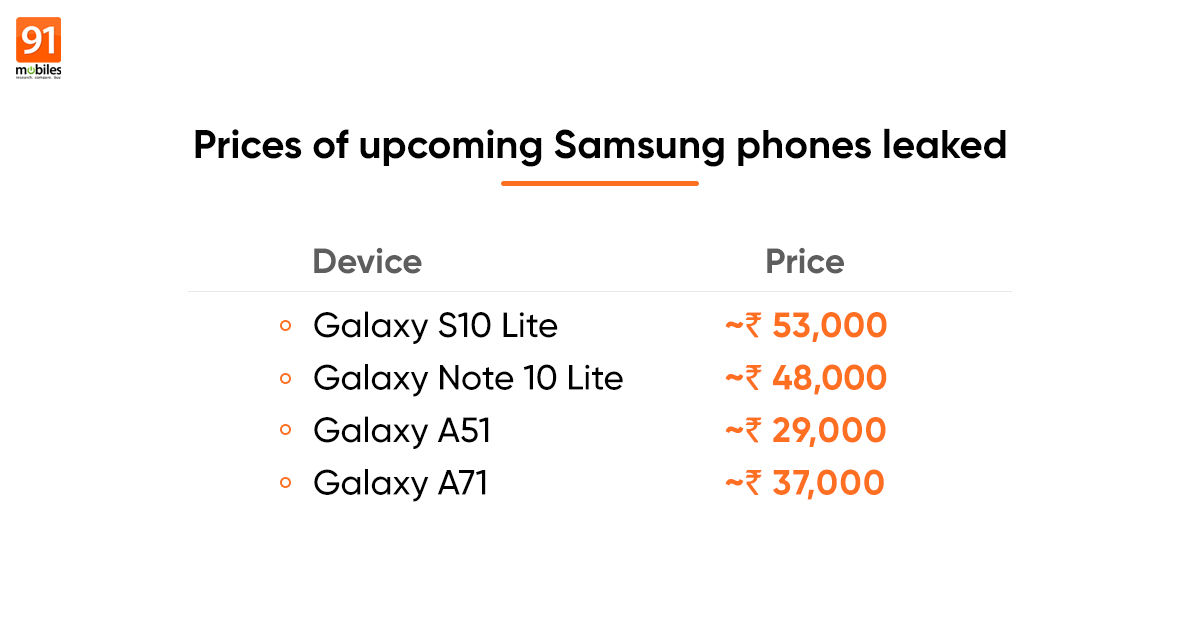 “Samsung Galaxy S10 Lite, Note 10 Lite, A51, A71 will reportedly be in stock immediately after Christmas on December 27th in the European market”

Samsung Galaxy S10 Lite, Galaxy Note 10 Lite, Galaxy A51 and Galaxy A71 price and availability details have been leaked ahead of their launch. While there is no official launch date set for these smartphones, it is widely expected that the Galaxy A51 will launch at an event in Vietnam on December 12th. Meanwhile, the Galaxy S10 Lite and Note 10 Lite are expected to launch in January. Ahead of their launch, a Slovakian retailer (spotted by GalaxyClub) has listed the handsets on its website. Although the listing hasn’t revealed any specifications or images of the handsets, it does give us a glimpse at their retail price and speculative release date.

Samsung Galaxy A51 and Galaxy A71, as stated above, may launch later this week. As for the Galaxy Note 10 Lite and Galaxy S10 Lite, they have to break cover in the next couple of week to meet that sale date in the European market. Samsung is yet to confirm the details, therefore, we’d advise you to take the information with a grain of salt.

Based on 91mobiles intel, the Galaxy A51 smartphone is heading to India later this month, while the Galaxy Note 10 Lite and Galaxy S10 Lite smartphones are expected by mid-January. A lot about these handsets have already been leaked, with renders suggesting that they all will flaunt a centred punch-hole display and square-shaped rear camera module.