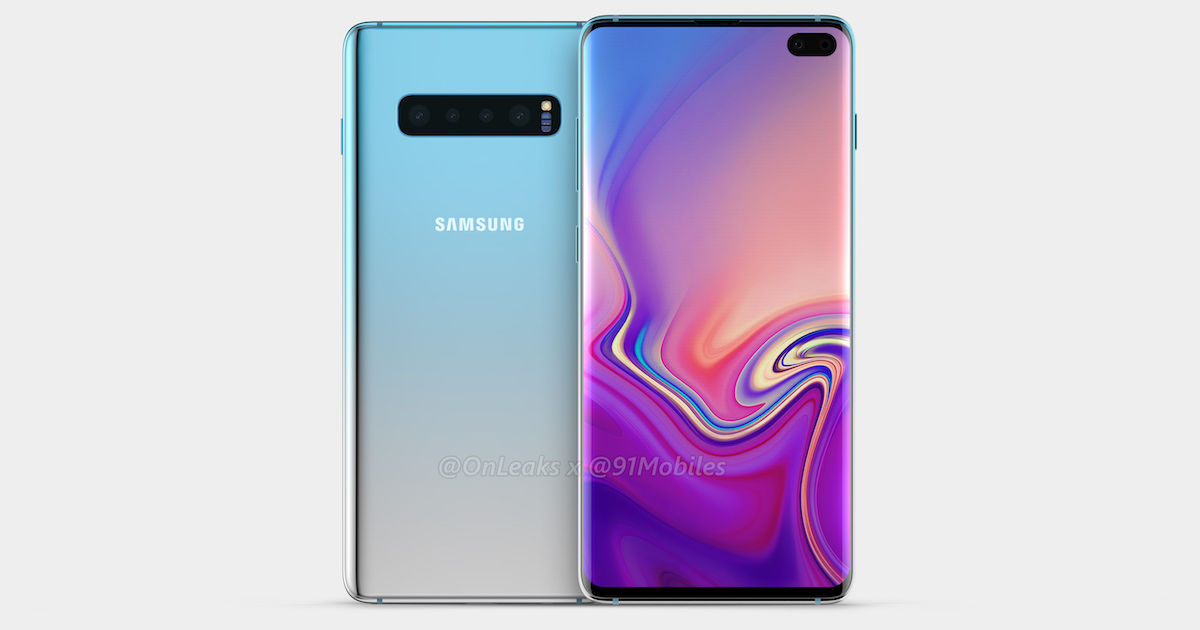 With less than two weeks remaining for Samsung‘s 2019 Unpacked Event to be held in San Francisco, rumour mill has gone on an overdrive. Recently, leaked renders gave us a glimpse of the Galaxy S10e in all its glory and 91mobiles exclusively reported the India launch details of the whole lineup. Now, more leaked images of the alleged Galaxy S10 and Galaxy S10+ have been spotted on the Internet. 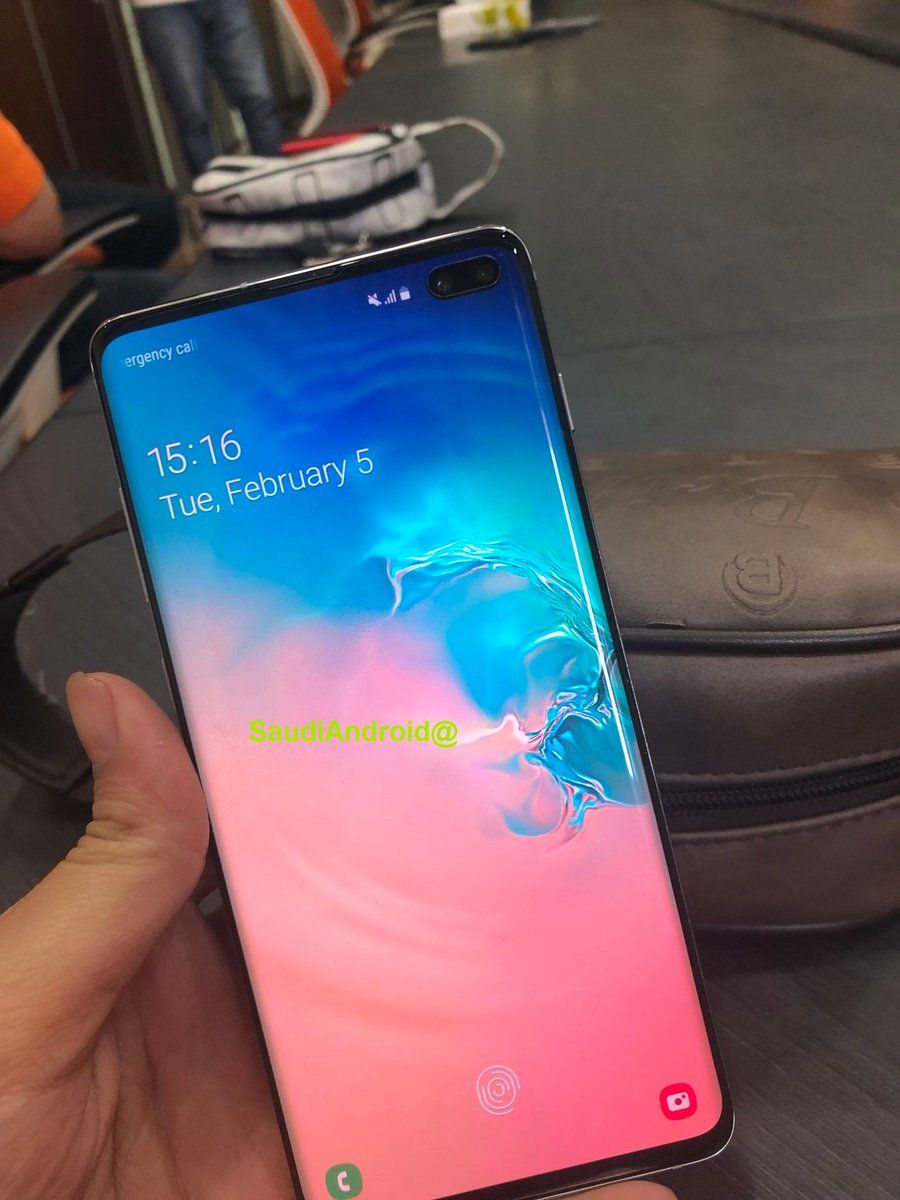 The latest set of leaked live images are claimed to originate from Saudi Arabia. While few of them show what we have already seen before including the design, display and camera module, one image is of particular interest. In this image, we can see the fascia of the handset along with a fingerprint icon in the bottom half of the display. Notably, there were tons of rumours regarding Samsung using an ultrasonic in-display fingerprint scanner for Galaxy S10 and its Plus variant since none of the leaked renders had physical biometrics present. The new image seemingly confirms all those rumours.

To recap, the Galaxy S10e, Galaxy S10 and Galaxy S10+ are tipped to be launched in India on March 6th and go on sale starting March 15th. As for the pricing in India, the base Galaxy S10e model is expected to start from Rs 50,000. The regular Galaxy S10 will come with a starting price point of Rs 65,000 and the Plus variant will start at Rs 75,000. The report also confirmed that the highest-end model of Galaxy S10+ will feature 12GB RAM, 1TB internal storage and 512GB expandable storage.

With the amount of leaks pouring in, we doubt there will be any surprise element at the upcoming Unpacked Event. However, Samsung might have a curveball planned for everyone, so stay tuned.