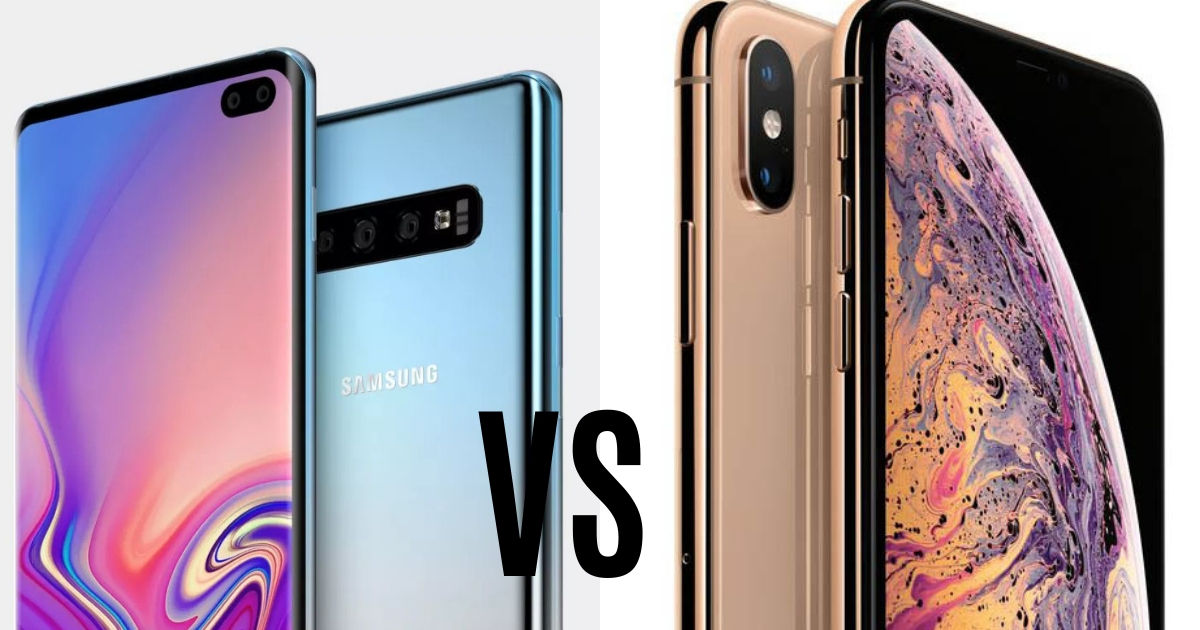 With the launch of the Samsung Galaxy S10+, Android power users have one more solid device to consider. The phone ticks all the right boxes and the only possible criticism coming its way at the moment is regarding its dual hole-punch display. There’s also a good chance for this phone to steer many Apple loyalists towards it. These folks will of course be torn between the Galaxy S10+ and the iPhone XS Max, Apple’s biggest offering. If you’re one of them, this detailed comparison between the two should really put things in perspective.

The Samsung Galaxy S10+ price in India makes it one of the most expensive smartphones in the market right now. It starts at Rs 73,990 for the 8GB + 128GB option, which will come only in Prism White, Prism Blue, and Prism Black hues. The 8GB + 512GB and 12GB + 1TB options, on the other hand, are priced in India at Rs 91,900 and Rs 1,17,900, respectively. The two will come only in ceramic finish and in Black and White colours. 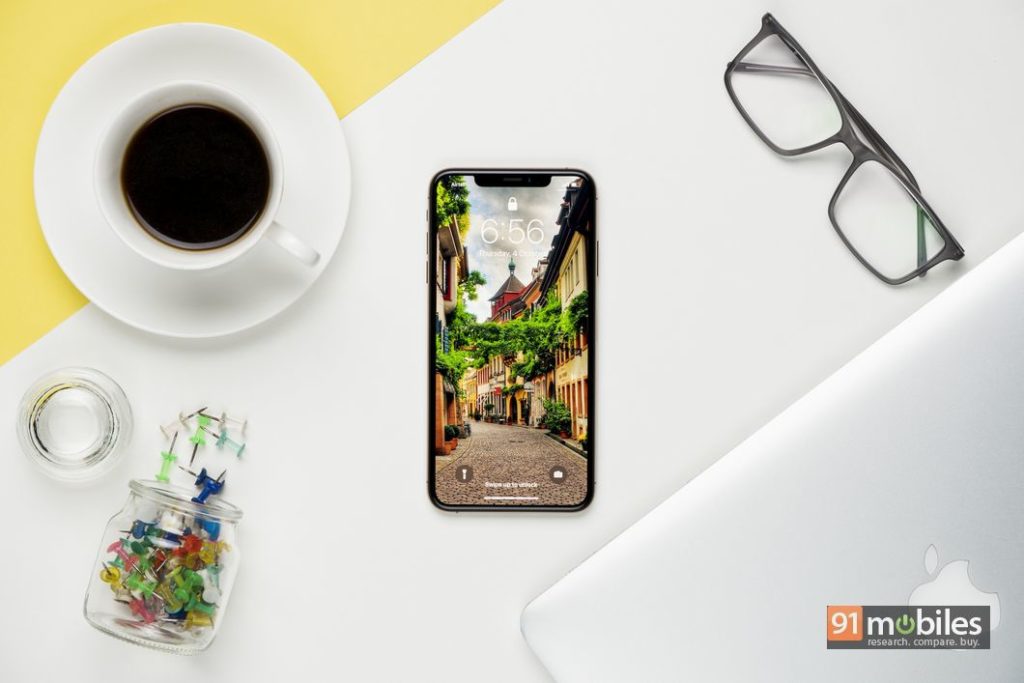 The two phones are very different when it comes to their designs. A major hurdle they had to pass was providing a full-screen front surface without compromising the front camera setup. While Apple took the wide notch route, which considerably eats into potential screen space, Samsung’s innovation is the Infinity-O display. This panel has a hole on the top corner to accommodate not one but two cameras. Glass is the material of choice of both these phones for their rear surfaces. While the Galaxy S10+ holds three cameras on its back, the iPhone XS Max settles for two.

Just like Apple abandoned the fingerprint scanner a while ago, Samsung has abandoned the iris scanner this time around. The iPhone relies solely on its Face ID functionality for biometric authentication, whereas the Galaxy handset lets you unlock it using its in-display ultrasonic fingerprint reader. Thankfully, the Galaxy S10+ has kept its headphone jack, which you of course don’t get with the iPhone. Another big advantage for the Samsung handset is its Wi-Fi 6 support, which provides ultra-fast speeds provided you have a compatible router. 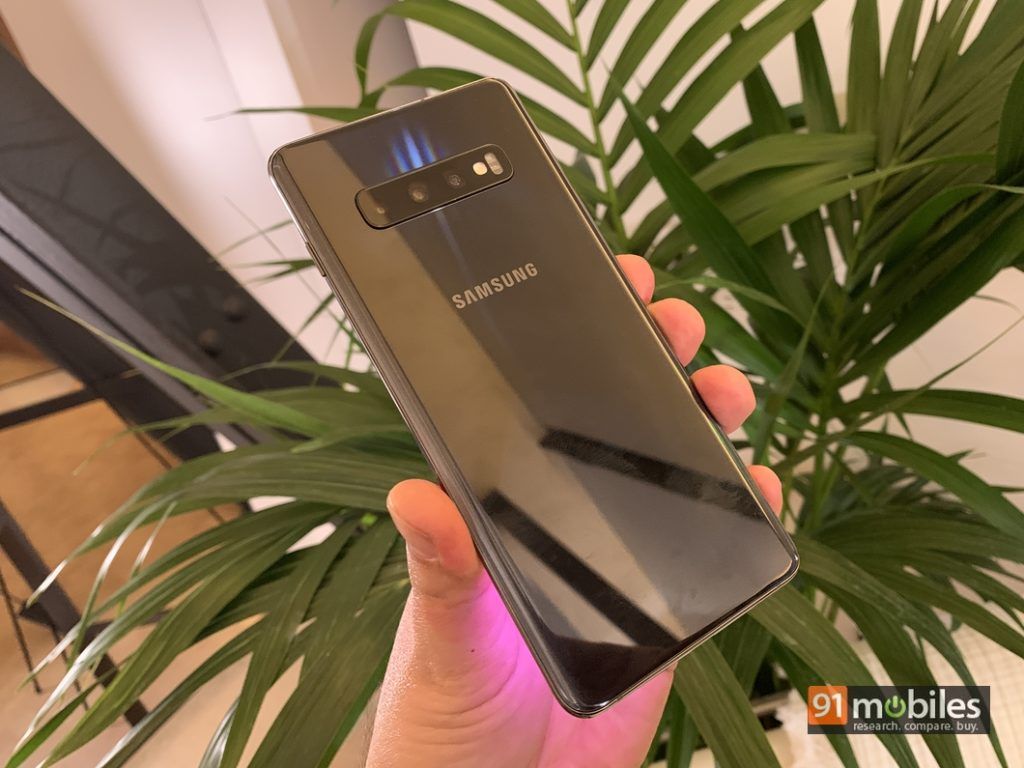 Talking about the displays, the Galaxy S10+ has a 6.4-inch panel on its front, offering a QHD resolution of 1,440 x 3,040 pixels. Samsung prefers to call this panel Dynamic AMOLED, and its key highlights are HDR10 support and the ability to remove blue light without changing the on-screen colour. The display on the iPhone XS Max is a 6.5-inch AMOLED panel with a resolution of 1,242 x 2,688 pixels. This panel too is HDR10 compliant and offers 120Hz touch-sensing. One more important aspect about this display is its 3D Touch functionality, which makes it sensitive to different levels of pressure.

Let us now delve into the core specifications of these two handsets. You get an Exynos 9820 chipset with the Galaxy S10+. This is a highly advanced 8nm SoC with a 2.7GHz octa-core CPU and a Mali-G76 MP12 GPU. Like we said above, the phone comes in 8GB and 12GB RAM options, with the former getting 128GB and 512GB storage choices, and the latter getting 1TB of storage. Moreover, there’s a microSD card slot present as well. The iPhone XS Max isn’t far behind in terms of its performance capabilities. It runs the 7nm A12 Bionic chip, which holds a hexa-core processor and a quad-core GPU. 64GB, 256GB and 512GB are the storage choices available. 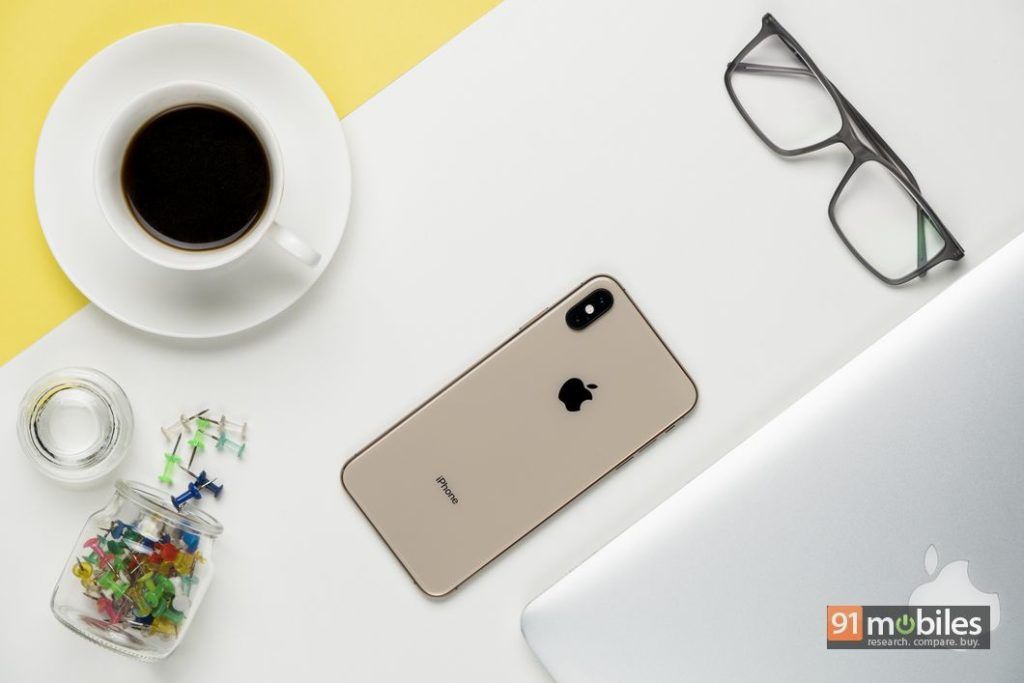 Samsung has furnished its latest offering with a new Android Pie-based version of its One UI. There are some great improvements to the user experience of this software, especially aimed towards making one-handed use easier. New Bixby features and lots of new AI camera functions have also been added. The iPhone XS Max runs iOS 12 out of the box, and its software highlights include grouped notifications, faster app launch times, group FaceTime, Memoji support, Screen Time and more.

Coming to the camera side of things, the Samsung Galaxy S10+ really seems to have killed it in this department. Its primary 12MP camera has a variable aperture lens, which can go from f/2.4 to f/1.5 when the light is low. The other two cameras on its back are 12MP and 16MP in resolution. While the former is aimed at telephoto zoom and live bokeh effects, the latter is meant for capturing ultra-wide photos and videos. This phone has 960fps slow motion support as well, apart from the ability to capture HDR videos. Its front camera setup is a 10MP + 8MP combination, which too offers live bokeh effects.

The iPhone XS Max features dual 12MP cameras with the main one grabbing an f/1.8 lens. Smart HDR is one of the key highlights of this camera system, apart from Depth Control, a feature that allows you to adjust the bokeh in your portraits after they have been clicked. The front camera of this device is a 7MP sensor, which too benefits from Depth Control.