91mobiles.com
Home News Thief snatches a flagship Samsung phone and returns it, the reason will...
Highlights 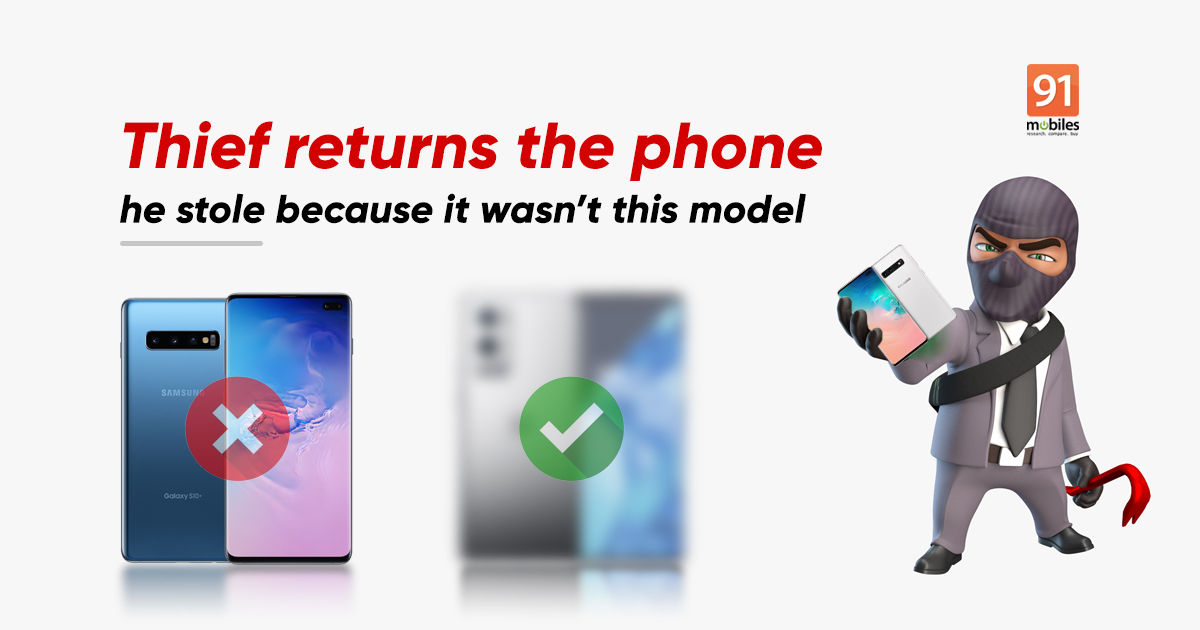 Phone snatching in India is a common crime that is not something that is unheard of. The most obvious steps after a theft involve blocking the SIM card, reporting the incident to authorities, trying to track the device, etc. Now, imagine a situation where the thief who snatched the phone returns it himself, sounds puzzling right?. This bizarre yet funny incident that happened to a Twitter user Debayan Roy might leave you in splits. Keep reading.

Going into the story, Debayan tweeted that while he was messaging on his Samsung Galaxy S10 Plus at the Sector 52 Noida Metro Station, a man in a black mask snatched the phone and ran off. In an impulse move, the Twitter user ran behind the masked man in an effort to get his phone back. Up until this point, the whole incident sounds like a story we might have heard on various occasions. However, what happened next is the actual fun part. While he was running towards the thief, Debayan said the thief turned back and ran towards him instead of trying to flee from the scene. As he approached Roy, the snatcher said, “Bhai Mujhe Laga One Plus 9 pro model hai” (Brother, I thought this is the OnePlus 9 Pro model) and dropped the device on the floor and ran off again. 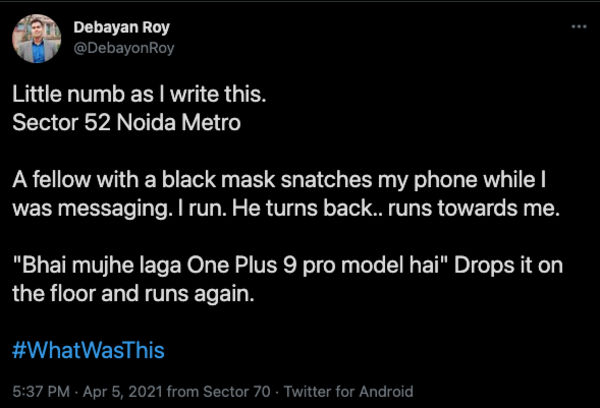 This means, the thief had snatched the phone thinking it was the latest OnePlus 9 Pro but after he realised it isn’t, he comes back and returns the phone to the rightful owner. Comments to the tweet were equally hilarious as well. Some are relieved at the fact that their phones are not worthy targets for phone snatchers. Some users have asked whether Debayan Roy was relieved that he got his phone back or was he offended at the fact that his phone was not of interest to the thief.