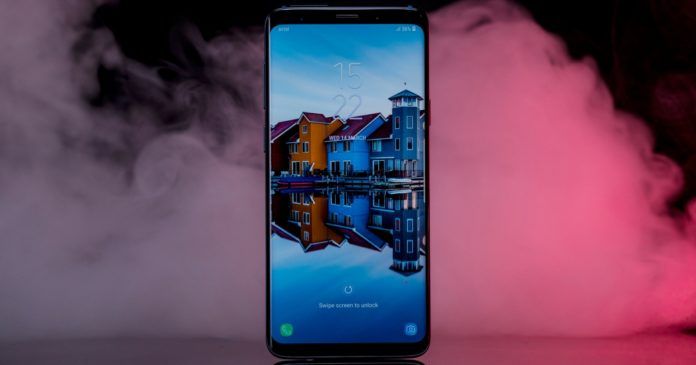 “Not all Samsung Galaxy S10 variants may end up with curved displays and in-display fingerprint sensor, and even the earphone jack may get the boot”

Samsung has long been rumoured to be working on three variants of the Galaxy S10 flagship model, due to launch in 2018. A new Bloomberg report sheds light on the company’s plans for its top-end range as well as the eagerly-anticipated foldable phone. The report claims the standard Galaxy S10 model will be accompanied by a cheaper variant that lacks many of the key features and design elements as well as a Plus version. In addition, the company is still mulling over the fate of the 3.5mm earphone jack for the handset, which it has stuck to even as the likes of Apple, Huawei, and OnePlus dropped it in favour of wireless earphones. On the Samsung foldable phone front, it seems the company is still in flux about the design and battery size. 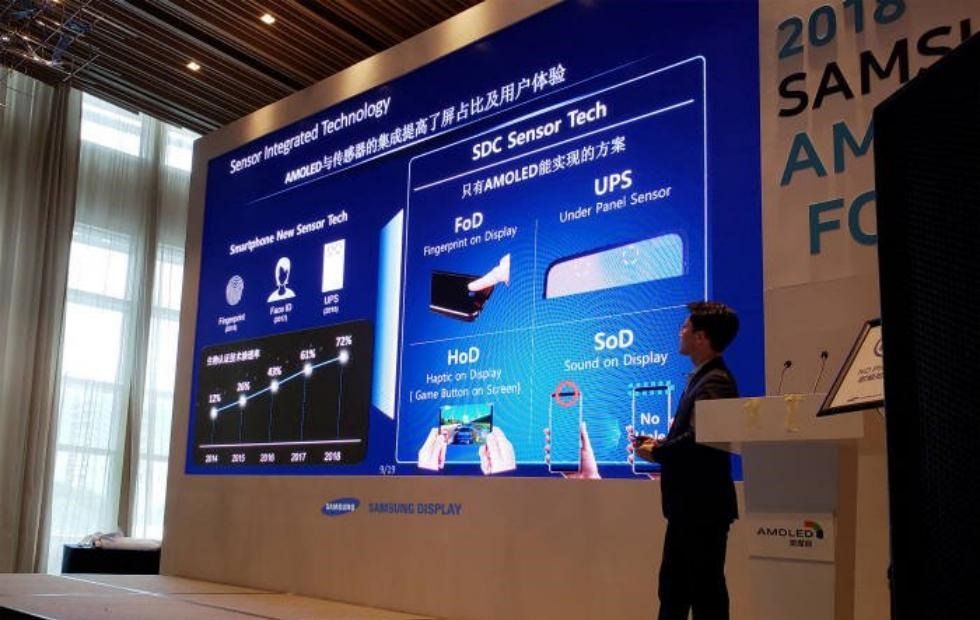 At the recently concluded Samsung AMOLED Forum event, the South Korean company showcase three major under-display technology – fingerprint scanner, sound casting and haptic. It is being speculated that these features could find their way on to next year’s Galaxy S10 line-up. Bloomberg reports – quoting sources close to development – that the standard Samsung Galaxy S10 is codenamed ‘Beyond’ and will come with the dual curved display with more rounded corners and almost no bezel at the top and bottom. It is said to be the same size as the Galaxy S9 with 5.8-inch display. The flagship will have triple cameras on the back and the front camera will be under the display but still visible.

The report claims that the brand is working on a more affordable Galaxy S10 variant, which will take on the affordable premium offerings from Xiaomi, Vivo, OPPO and the likes. This affordable variant will not have a display that curves on the sides, and even the under-display fingerprint sensor may be left out as a cost-cutting measure. The phonemaker is also said to be dabbling with an S10 prototype without the 3.5mm audio jack, hinting at going completely wireless like its arch-rival – Apple.

Samsung is also said to be in talks with US telecom operator Verizon Communications for the 5G variant of the Galaxy S10 smartphone. The report claims that Samsung is aiming to “secure support from the biggest U.S. carrier to popularize the [5G] technology.” Such a step would give Samsung a lead in the market since there have been no rumours of a 5G iPhone model yet and Xiaomi’s 5G-capable Mi Mix 3 doesn’t seem to be hitting the US anytime soon. Recently, a leak revealed that the top-end Samsung Galaxy S10 model will come with 5G support and 12GB RAM.

Nonetheless, it seems Samsung is planning to go into 2019 all guns blazing. The company needs a hit in order to offset the disappointing sales of the Samsung Galaxy S9 and Galaxy S9+ models, which reportedly missed the sales estimates the company has set for itself.

Samsung’s ambitions for foldable devices have been in the news a lot recently, thanks to the impending unveiling of the foldable phone and rumours around foldable laptop and tablet. Notably, the brand is allegedly set to launch the smartphone of these at its upcoming Developer Conference being held next month.

Bloomberg reports that the South Korean giant had two prototypes in works – one that opens horizontally and other in portrait mode. It’s likely that the latter will materialise since it’s easier to hold with one hand. The smartphone – codenamed ‘Winner’ – will be missing the under-display fingerprint sensor due to technical difficulties. When folded, the handset would have a 4-inch display on the outside to let users carry out basic tasks such as checking emails and messages. However, the report didn’t say how big the screen would be when unfolded.

It is said to open with a snap like a flip phone, and reportedly weighs over 200gms because of the display size. Due to the weight, Samsung may end up reducing the battery capacity of the handset, it was claimed. It is coated with a film that feels like ones used in photography instead of glass, which has created concerns at Samsung that it’s not as glossy as some consumers favour, Bloomberg.

According to the reports, the hinge mechanism passed internal tests of folding more than 200,000 times, which is a threshold for durability. However, there are still questions being raised regarding its durability, with uncertainties about the mass-produced final product; it is reported that the display “shatters like dried paper” when it cracks. Further, the report states that the brand is working closely with Google to develop an Android version better suited for a foldable device, with the final UI depending on which of the two designs – vertical or horizontal – the company goes with.

It goes on to claim that it is unlikely the Samsung foldable phone will be unveiled at next month’s event since the development is still under progress. Instead, Samsung co-CEO DJ Koh may be accompanied by a team of engineers who will showcase the “detailed conceptual image of the phone, its features and user interface.” The company may not bring it to the market till as late as the second quarter, giving rival Huawei more time to pip it to the release.