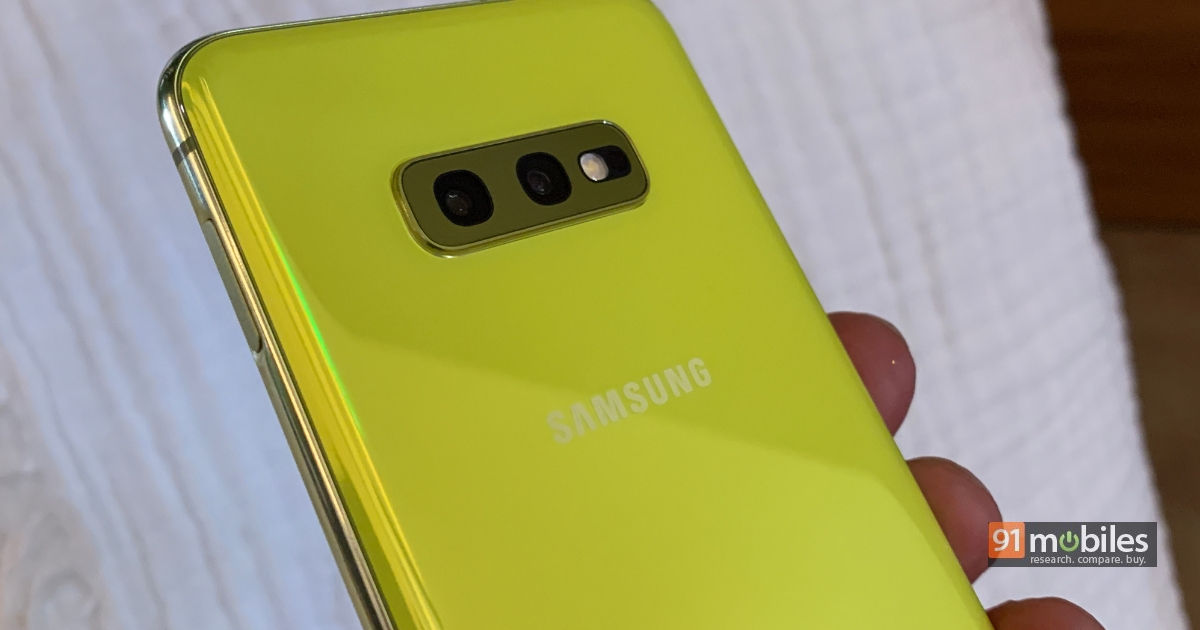 “The Samsung Galaxy S10e may be tiny, but packs a lot of firepower”

Samsung has just unpacked a new family of S series flagship smartphones, and the S10 range is now officially official. And while the family’s smallest, cutest member, the Galaxy S10e, may not draw much attention since it seems to be happy letting its bigger siblings hog the limelight… it does hold a lot of promise. 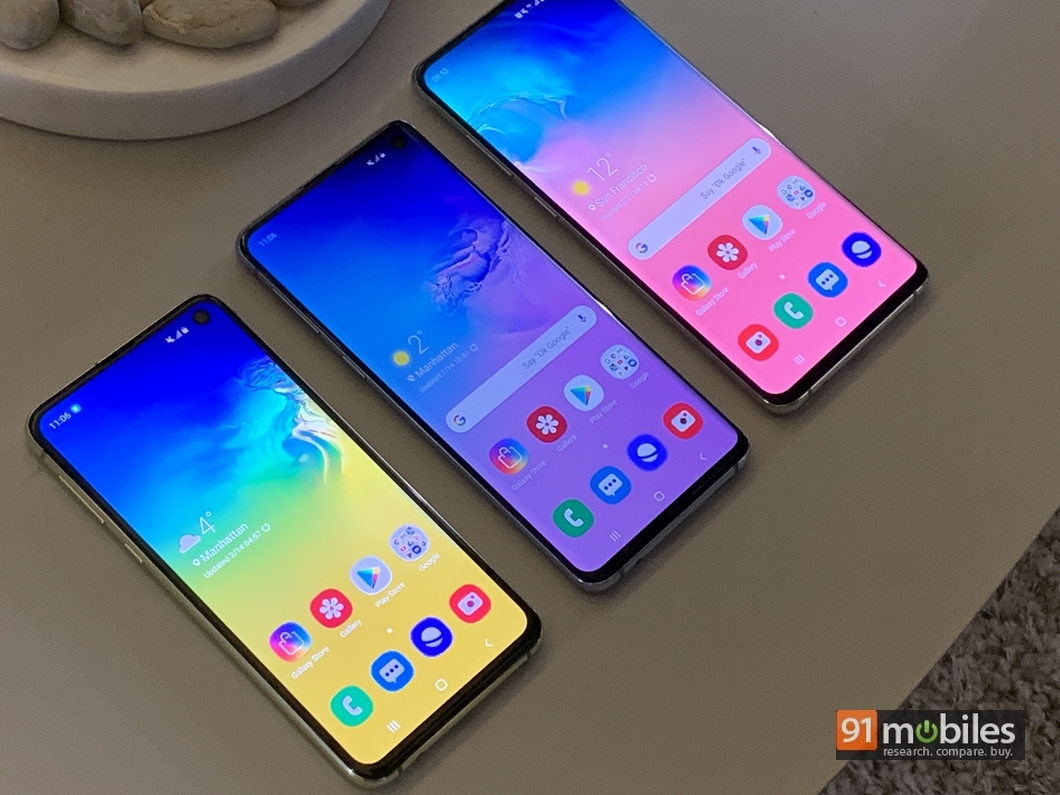 In a nutshell, the S10e is a toned-down version of the more loaded S10 and S10+, but just like what Apple did with the iPhone XR (review), aims to offer similar capabilities as the true-blue flagships after cutting down some flab. While the core specs may not be much different, there are some noteworthy differences between the S10e and the other two loaded siblings. 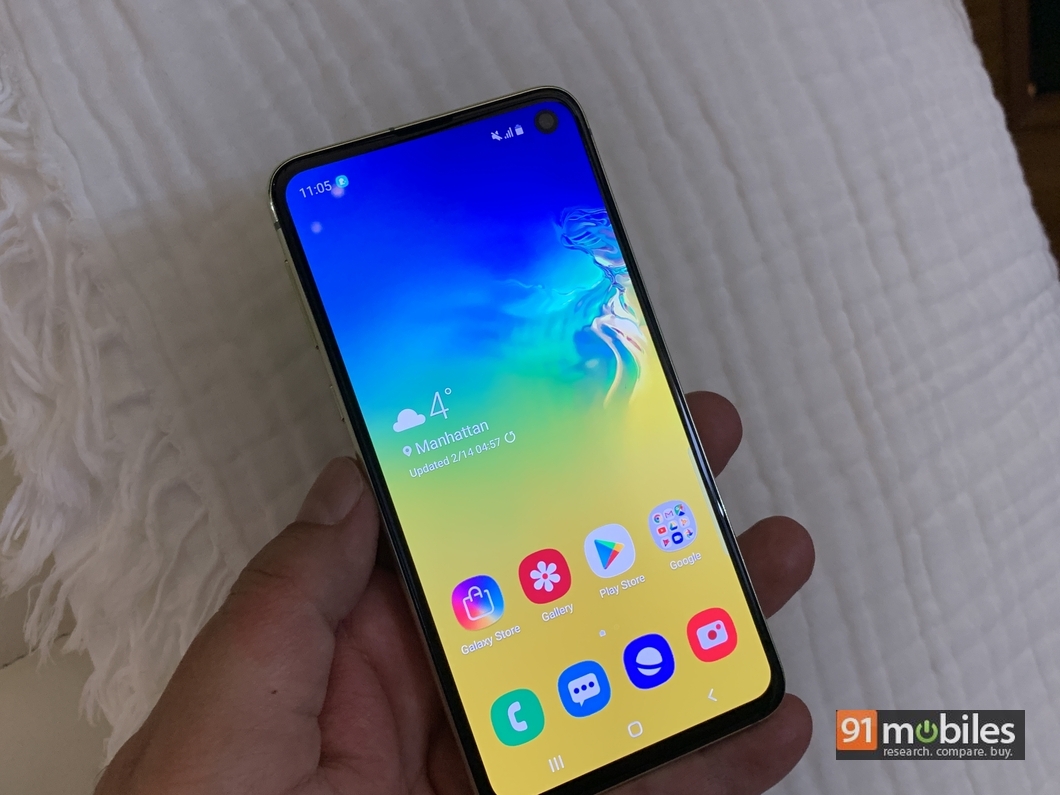 For one, the S10e rocks a smaller, 5.8-inch display that sticks to FHD+ resolution, and isn’t curved like the ones on its brethren. Next, the smartphone packs (only?) two cameras on the rear, as compared to the S10 and S10+ that boast triple rear cameras. On offer here are dual 12MP + 16MP sensors, complete with OIS, in case you’re wondering about the specifics. Also, the base variant of the S10e offers (only?) 6GB of RAM, while storage for the 8GB RAM variant maxes out at (only?) 256GB. Since the screen is small, the battery capacity has been cut down as well, with the S10e packing in a 3,100mAh unit. And lastly, the S10e drops the ultrasonic fingerprint sensor found in the S10 and S10+ in favour of a more conventional capacitive one, embedded into the power button on the right spine. 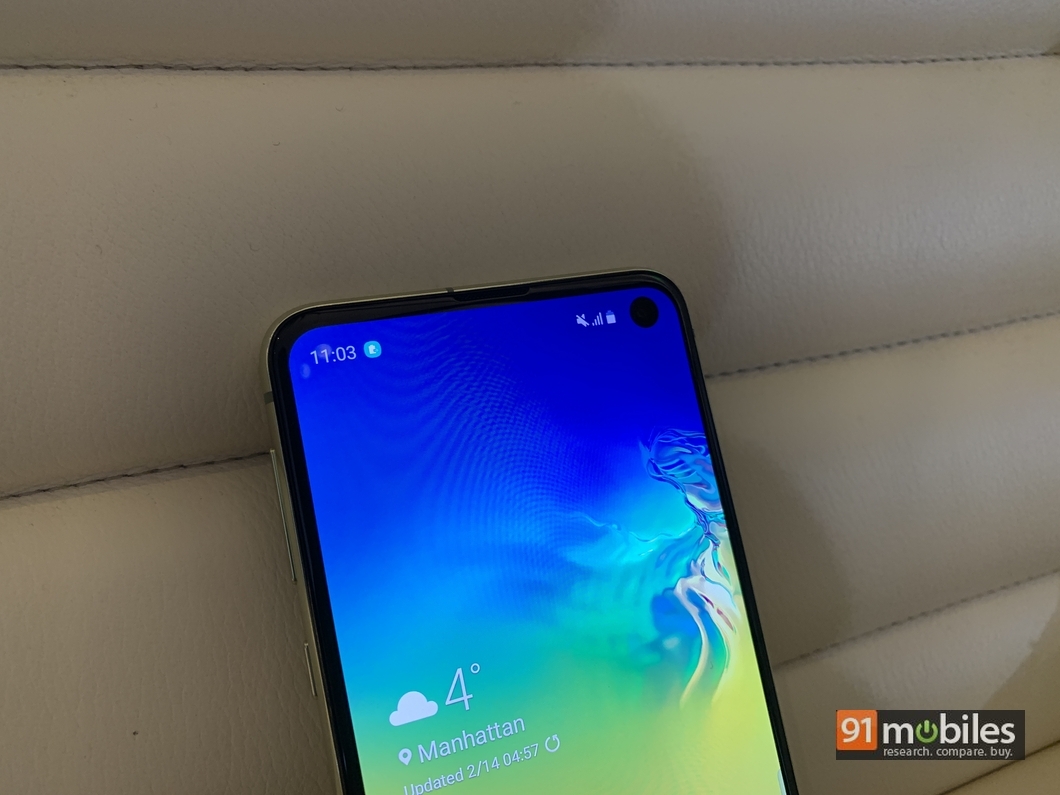 While the above may still be considered significant differences, worth noting that the Galaxy S10e still aims to offer the same flagship-grade experience as the other two siblings. The 19:9 screen rocks AMOLED goodness, and even confirms to the HDR10+ standard. The Infinity-O display hides that same 10MP selfie shooter as the one on the Galaxy S10, and inside is the same 8nm Exynos 9820 processor that promises smooth performance, stutter-free gaming and tons of AI goodness. 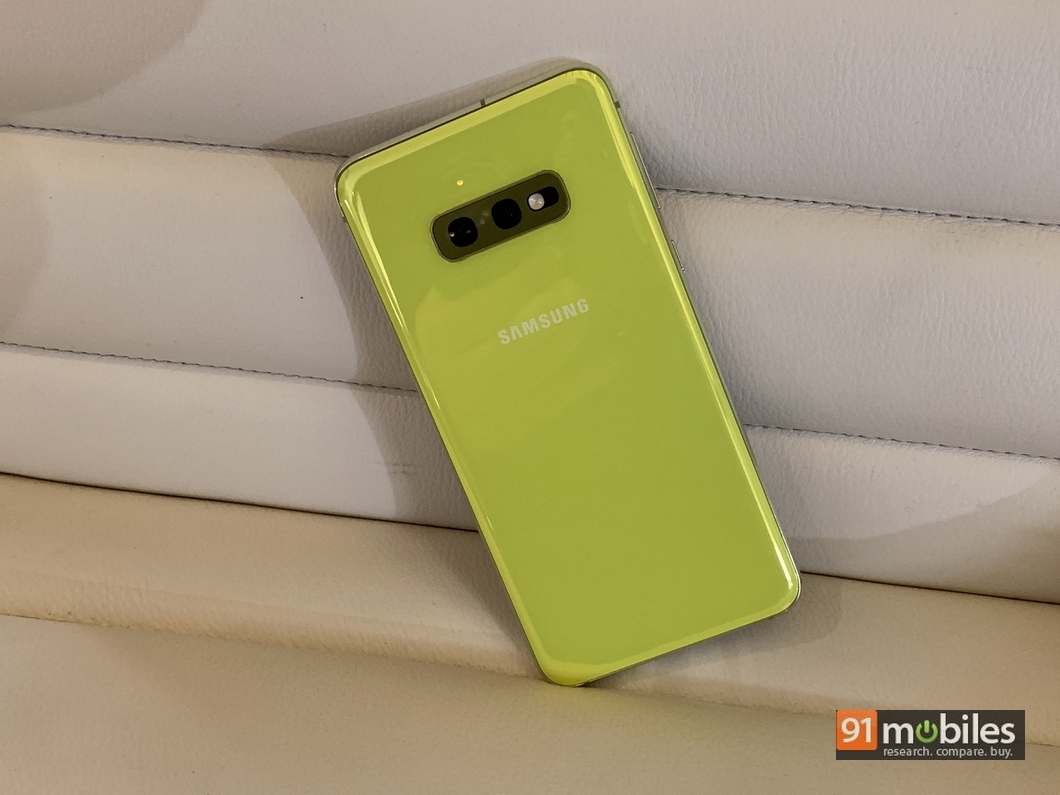 The Galaxy S10e is pretty compact, given that it only sports a 5.8-inch, 19:9 display and a smaller battery. The design DNA is the same though, and the glass-bodied phone feels quite premium, despite sporting a flat display and not a curved one. Samsung has also tried to make the S10e look a tad more funky, keeping the bright Canary Yellow colour exclusive to this particular model.

The port placement is the same, with the USB Type-C port, headset socket and speaker placed on the bottom, volume rocker and Bixby key on the left, and SIM tray on the top. The power key is on the right as usual, but is slightly bigger and wider since it also integrates a capacitive fingerprint scanner.

Also on offer are the usual flagship features expected of a S series flagship, including fast wireless charging, IP68 rating and loaded connectivity options. Also on offer is the reverse wireless charging feature (termed Wireless PowerShare), along with others such AI features for the cameras, Dolby Atmos audio, and Wi-Fi 802.11ax support. 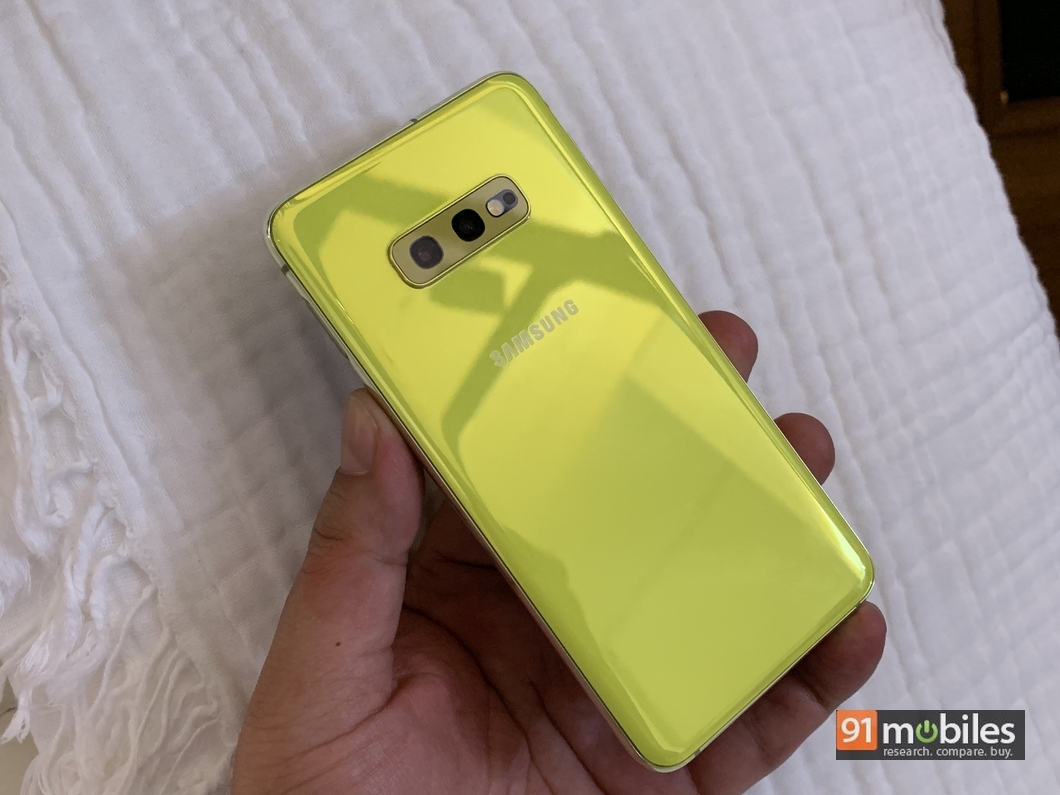 While it’s clear that the Galaxy S10e will be the most affordable of the S10 trifecta, it remains to be seen what that exact pricing will be in India. Given that the device brings a lot to the table, is compact, looks nice and ticks most boxes, it might just turn out to be a strong contender. To Samsung’s credit, it has done well to differentiate the three S10 models in terms of the feature set. But if the S10e is priced aggressively, as we expect it to be, this model could very well land in the affordable flagship space and ruffle the feathers of OnePlus, the brand that has been ruling this particular space for a while now. Time to wait and watch…