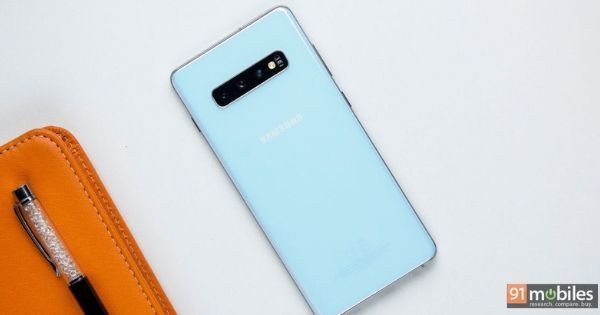 Samsung Galaxy S11 flagships are known to be in the works for some time now. A new design patent recently hinted that the series might come with a large punch-hole to fit in triple selfie cameras, instead of two. It is also reported the flagship’s launch is scheduled for February 18th, ahead of MWC 2020. Now, amidst all the rumours and leaks, HTML 5 browser test of the Galaxy S11 leaked online, hinting about the Galaxy S11’s new display. The device used for the benchmark test has model number SM-G416U, which could be a placeholder name that Samsung uses for unreleased Galaxy S-model tests.

The Samsung Galaxy S11-series runs on Android 10 and surprisingly packs a 20:9 aspect ratio. For comparison, the Samsung Galaxy S10 and Galaxy Note 10 flagships use 19:9 aspect ratio screens. It isn’t clear what Samsung intends to do with the extra space on the display for now, but since the launch is still months away, we might come across more details giving us an insight about the Galaxy S11’s design and specifics.

As for the specifications, while it’s not confirmed, the Samsung Galaxy S11 is expected to ship with the Snapdragon 865 SoC and could have 5G variants in addition to 4G LTE models. They are likely to boot Android 10 OS based on OneUI 2.1 custom skin on top. The flagship series will have 108MP primary sensor and 5X zoom, Deep Fusion technology, similar to iPhone 11-series and larger in-display fingerprint sensor area.