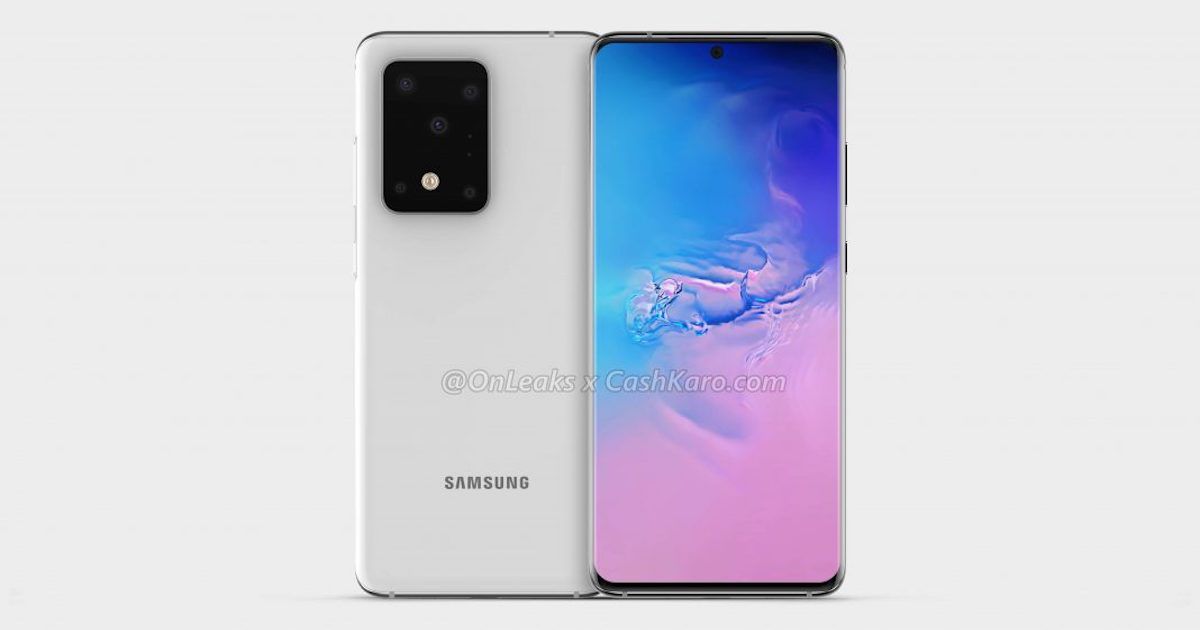 “Latest renders show off Samsung Galaxy 11 Plus design from all angles, revealing a large rear camera module with five sensors, and a centre-alinged punch-hole display.”

The first thing you will notice when you look at the renders is the unique rear camera bump  that is quite large. The camera module will house five camera sensors and 2 tiny sensors. The report claims that the module may include a laser autofocus sensor. If past rumours are to be believed, the primary camera in the penta camera setup will be a 108MP Samsung sensor with 5x optical zoom. Additional rumoured Galaxy S11 camera features include Single Take Photo, Director’s View, Night Hyperlapse, Vertical Panoramas, and 8K recording. 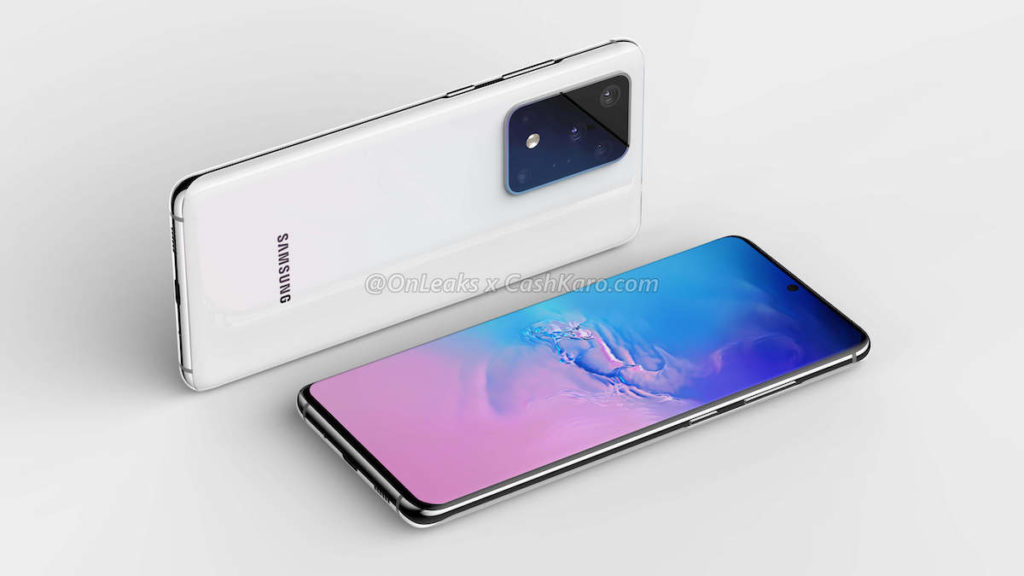 The rest of the Galaxy S11 Plus design looks familiar. It will feature curved glass on the front and back. There is no physical fingerprint sensor, so you can expect an ultrasonic in-display sensor. Samsung will not be adding the 3.5mm headphone jack as well, according to the renders.

The Galaxy S11 Plus display is said to be 6.9-inch in size. It will likely feature a Dynamic AMOLED panel and QHD+ resolution. We see a circular cutout on the top centre of the display to house a single selfie camera, similar to the cutout on the Galaxy Note 10. The report adds that the Galaxy S11 Plus will measure 166.9 x 76 x 8.8mm and will feature a Type-C port and speakers on the bottom of the frame.

All three Galaxy S11 phones are expected to be powered by the Exynos 9830 aka Exynos 990 SoC. All three models are also rumoured to come with 5G connectivity and 25W fast charging support. They are also expected to ship with Android 10-based One UI 2.0.