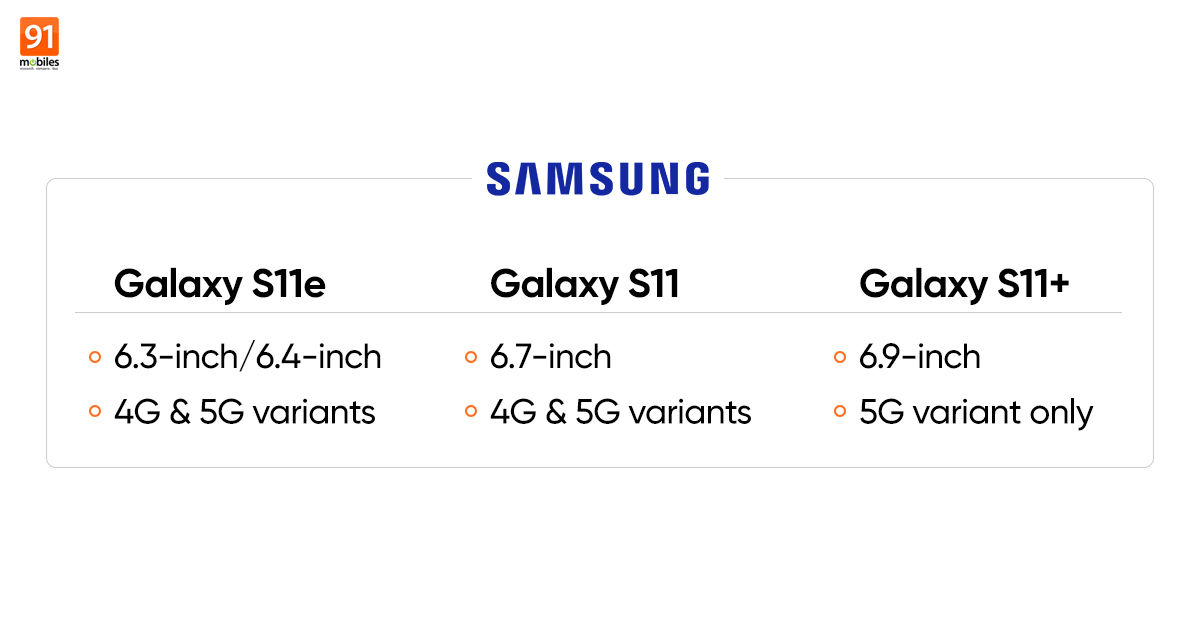 Samsung Galaxy S11, despite being months away from launch, is continuously hitting the rumour mill. The Galaxy S11e, which is expected to be the base model of the series is tipped to pack a 3,730mAh battery which is bigger than this year’s standard Galaxy S10. Now, in a fresh set of leaks, noted tipster Evan Blass, popularly known as @evleaks, claims the Samsung Galaxy S11 series will consist of three models, including the Galaxy S11e. The model will now have a curved display instead of a flat screen and reportedly sport a 6.2-inch or 6.4-inch display. On the other hand, the Galaxy S11 and S11+ will boast of 6.7-inch and 6.9-inch panels, respectively.

Separately, the Samsung Galaxy S11 series is also said to use a new 108MP ISOCELL Bright HMX sensor. The series is said to be powered by the Qualcomm Snapdragon 865 SoC, likely to boot Android 10 with One UI 2.1 custom skin, 5x zoom, Deep Fusion-like technology, and a larger in-display fingerprint sensor area. It is also rumoured to feature a 120Hz refresh rate.