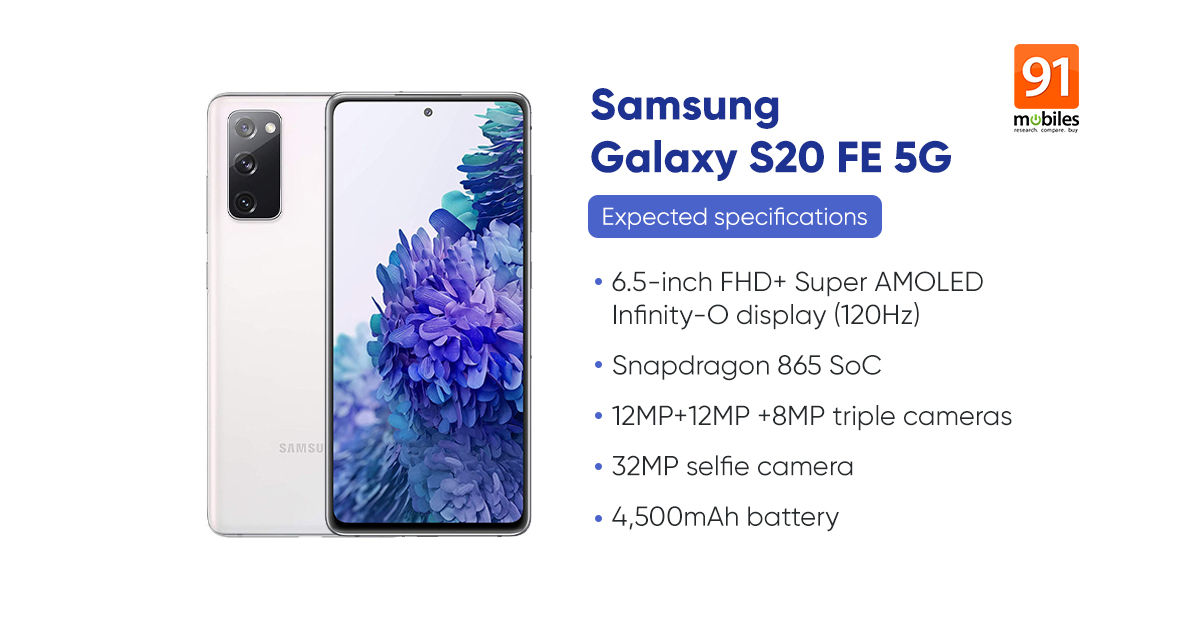 Samsung Galaxy S20 FE 5G India launch could be imminent as the phone with model number SM-G781B/DS has appeared on the BIS website, PriceBaba reports. To recall, the company had launched the 4G variant of the phone in the country last year and the model was powered by the Exynos 990 SoC. Samsung Galaxy S20 FE specs also include an FHD+ 120Hz AMOLED display, 4,500mAh battery, and triple cameras. Now, it looks like the South Korean giant is gearing up for the Samsung Galaxy S20 FE 5G India launch as it has received the BIS certification in India with the model number SM-G781B/DS (SM-G780FZBN for 4G model), and the phone has also been spotted on the Samsung India support page.

While the BIS listing doesn’t mention the Samsung Galaxy S20 FE 5G specs, the phone is expected to come with 5G capabilities much like the global version. To recall, the global model came with the Qualcomm Snapdragon 865 SoC. As for the support page, it shows the Galaxy S20 FE 5G will have dual SIM support and the same model number. It remains to be seen whether Samsung would launch it under the same moniker or will be the start of a new series.

Samsung Galaxy S20 FE 4G flaunts a 6.5-inch FHD+ Super AMOLED Infinity-O display with 120Hz refresh rate. It is powered by the Exynos 990 SoC coupled with 8GB RAM and 128GB storage that is further expandable via a microSD card slot. It runs Android 10 OS with OneUI 2.5 custom layer on top. The phone packs a 4,500mAh battery and supports 15W charging. As for the optics, the Samsung Galaxy S20 FE has triple cameras at the back that include a 12MP wide-angle camera, a 12MP ultra-wide lens, and an 8MP telephoto with 3x optical zoom and up to 30x Super-Resolution Zoom. There is a 32MP snapper on the front for selfies and video chats and an in-display fingerprint sensor for security. It has an IP68 rating for water and dust-resistance but doesn’t have a 3.5mm audio jack.