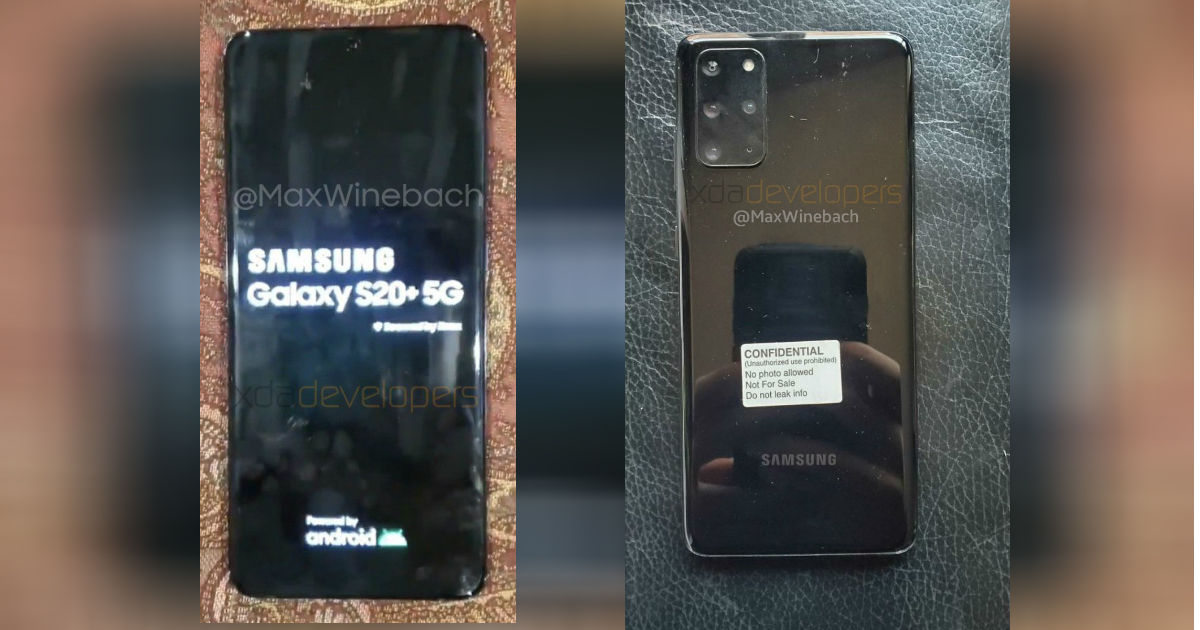 Samsung will skip the Galaxy S11 moniker and will directly call just to the Galaxy S20. This has been rumoured previously and is now seemingly confirmed via some leaked Galaxy S20+ live images. The images come courtesy XDA-Developers and it not only confirms the name of the upcoming flagship series, but also shows off the Galaxy S20+ design. Based on the images, the Samsung Galaxy S20+ will get a quad camera setup in a rectangular module and a center-alingned punch-hole display. The volume rocker and the power button are on the right side and it looks like Samsung will be dropping the Bixby button on the Galaxy S20 phones. 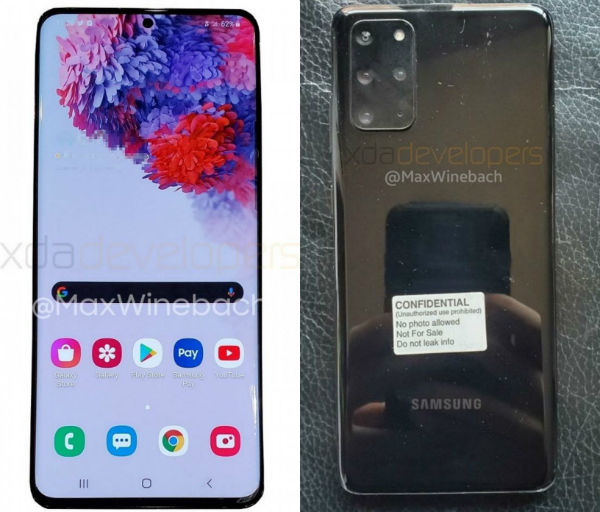 As you can see from the image above and below, the Samsung Galaxy S20+ will get slim bezels around the display. There will be a centre-positioned cutout on the screen to accommodate a selfie-snapper. The report adds that the display is not curved as much as on the predecessor as Samsung is opting for a 2.5D curved glass instead of a curvier 3D glass. The glass on the back, however, will see a waterfall curved design. The quad camera setup on the back sees three sensors vertically aligned and a fourth camera below the LED flash. The fifth cutout could be a microphone, but it is unclear at the moment. The Galaxy S20+ is tipped to come with a new 12MP primary sensor accompanied by a wide-angle lens, macro lens and telephoto lens.

The start screen shows the name Samsung Galaxy S20+, confirming previous rumours that Samsung will be ditching the Galaxy S11 naming scheme. Additionally, the Galaxy S20+ is said to be a middle variant that will be placed above the regular Galaxy S20 and below a Galaxy S20 Ultra smartphone. 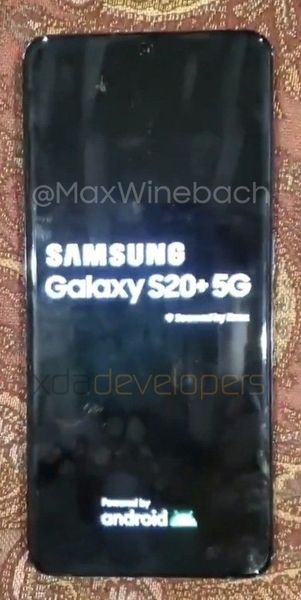 Samsung Galaxy S20 series is likely to come in both 4G and 5G variants, but only select few markets should be getting the 5G models. The flagships are most likely to be powered by the Qualcomm Snapdragon 865 SoC paired with Snapdragon X55 modem and should support sub-6GHz networks of Sprint, AT&T and T-Mobile. Samsung may also expand the markets where it will launch the Snapdragon 865-powered Galaxy S20, and it is possible that India will be one of them. Samsung Galaxy S20 is set to launch on February 11th at Samsung’s Unpacked alongside a new foldable phone and the Galaxy Buds+.