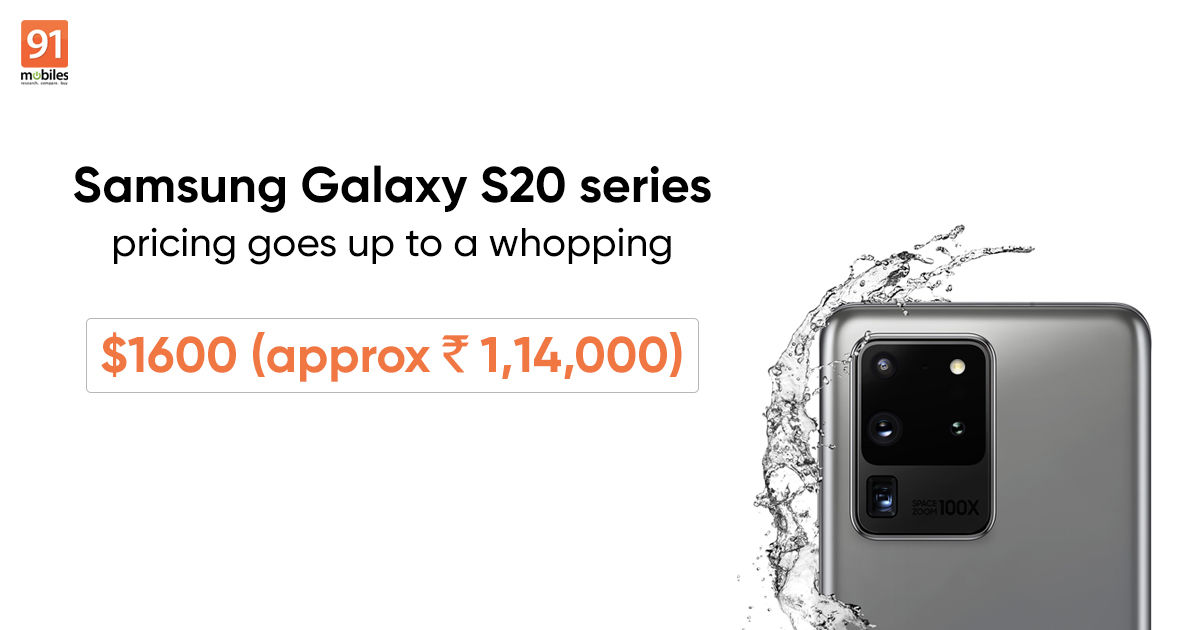 The Galaxy S20 series will reportedly be available for pre-booking in India starting February 14th and will finally go on sale from March 8th. The Samsung Galaxy Z Flip foldable phone will also be launched in India in a 4G version. It has a design similar to the Motorola Razr (2019) but the hinge is clearly visible where it folds. With pre-bookings of the Galaxy S20 series set to begin in India soon, we should hear something about its launch, prices and availability in country.

The Samsung Galaxy S20-series of smartphones bring Infinity-O Dynamic AMOLED displays with a centre-positioned punch-hole display, HDR10+, 120Hz refresh rate and up to QHD+ resolution. All the models in the series are powered by the Snapdragon 865/ Exynos 990 SoC depending on the region, with up to 16GB LPDDR5 RAM and up to 512GB internal storage that is expandable up to 1TB via microSD card. The Samsung Galaxy S20 series boots Android 10 OS with One UI 2.0 custom skin.