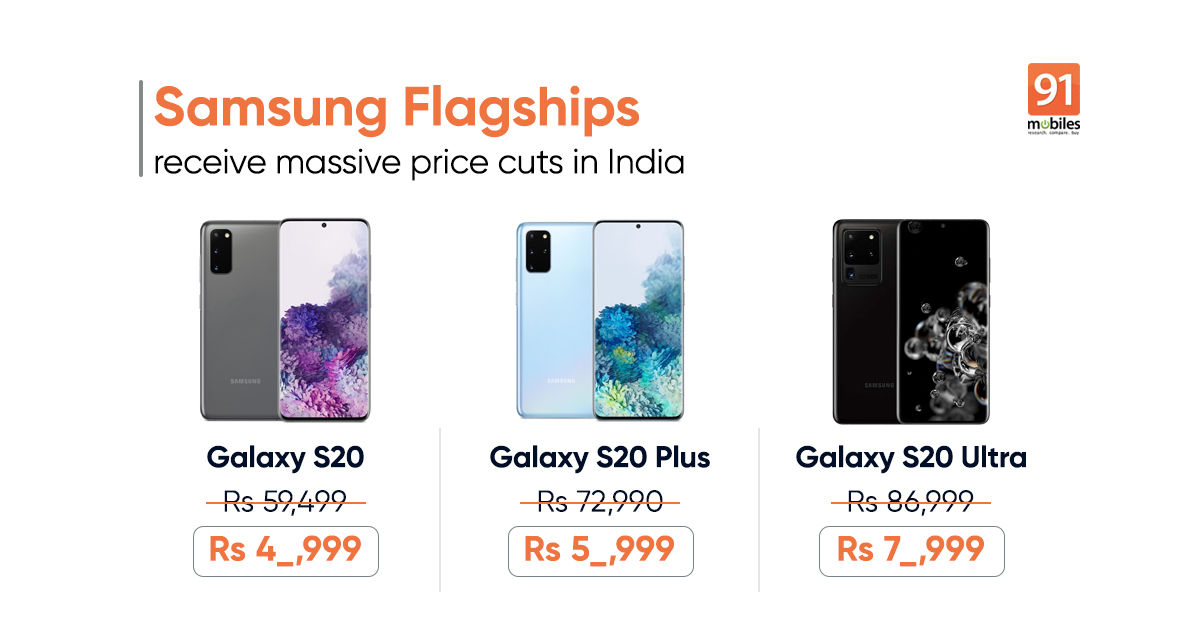 In light of the upcoming Samsung Galaxy S21 launch, the South Korean giant has slashed the prices of the outgoing flagship series, ie. Galaxy S20. We’ve received information about price cuts on Samsung Galaxy S20, Galaxy S20 Plus, and Galaxy S20 Ultra from our offline retail sources. The new prices are currently only available at offline retail stores but may soon go live at online stores as well. The Samsung Galaxy S21 launch is just around the corner, and it appears that Samsung wants to clear the remaining stock of the Galaxy S20 series to make room for the new phones. The current Galaxy S20 lineup still comprises excellent flagships with the latest and greatest hardware. With the new price cuts, you can save a lot of money on these phones.

It also appears that the Samsung Galaxy S20 series price cuts in India will only be available till January 31st. However, going by similar price cuts in the past, we can expect these prices to last indefinitely or fall even further. It’s likely that the company will also bring these offers to online stores once the Galaxy S21 series is available for purchase. If you’re planning on purchasing a Galaxy S20 smartphone, then you should try your local brick-and-mortar store for a great deal.

Interestingly, while these price cuts are not available on the likes of Amazon.in and Flipkart, the Samsung Galaxy S20 Plus price in India is Rs 54,999 on the official Samsung website. This price tag makes the handset the most affordable on the Samsung e-store compared to other e-commerce sites as well as offline channels.