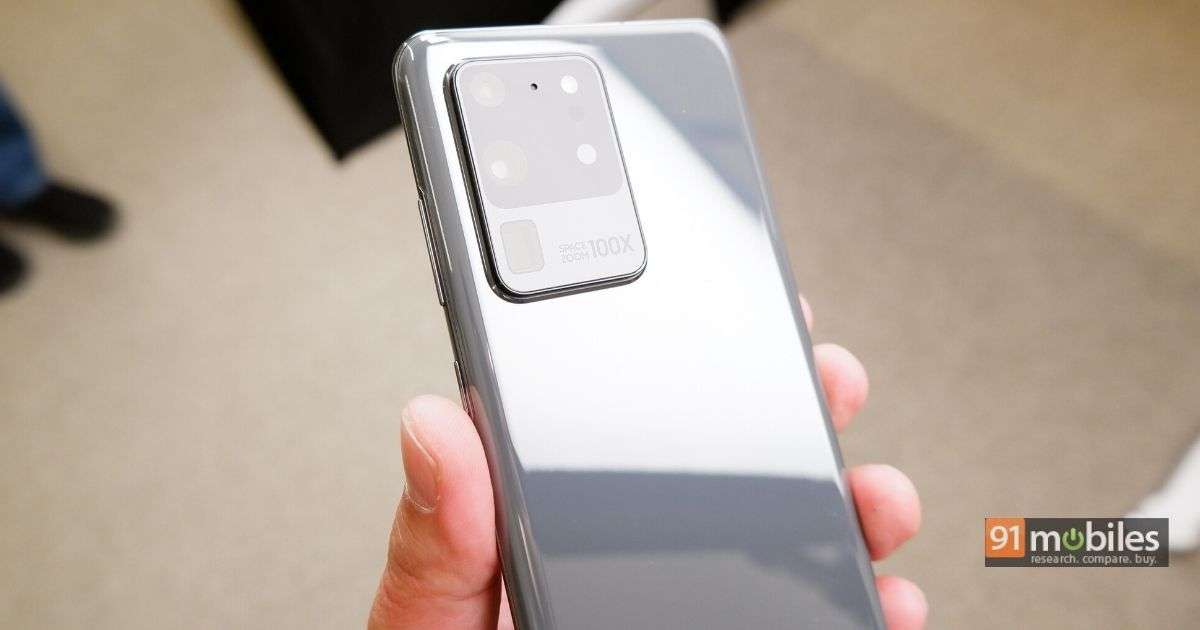 Samsung has announced an e-voucher worth Rs 4,000 for customers who pre-booked the Galaxy S20 series in India. The offer will entice users who weren’t able to activate and purchase the handsets in the country due to the lockdown. The voucher is applicable for all models of the series, namely the Galaxy S20, Galaxy S20+, and Galaxy S20 Ultra, and can be used to purchase any other Galaxy products listed on Samsung.com e-store. “It’s a limited period e-voucher offer and valid for all pre-booked customers who purchase and activate their S20 devices between May 4th to May 20th, 2020,” said Samsung in a statement.

The e-voucher can be used to purchase any other Galaxy products listed on Samsung.com e-store.

The Samsung Galaxy S20 series, to recall, comes with Dynamic AMOLED Infinity-O display with HDR10+ support, and Gorilla Glass 6. The vanilla S20, the Plus model, and the Ultra sport 6.2-inch, 6.7-inch, and 6.9-inch displays, respectively. The handsets rock Exynos 990 chipset paired with up to 16GB RAM under the hood. All three phones feature stereos speakers, ultrasonic in-display fingerprint sensor, and lack a 3.5mm headphone jack. Coming to the cameras, the Samsung Galaxy S20 gets a triple camera setup on the back that includes a 12MP wide-angle, 12MP ultra-wide-angle, and 64MP telephoto lens. The Galaxy S20+ gets the same three cameras as the S20 but includes an additional OISDepthVision Camera.

The high-end Galaxy S20 Ultra, on the other hand, features a quad camera setup that includes a 108MP wide-angle, 12MP ultra-wide-angle, 48MP telephoto lens, and OISDepthVision Camera. Notably, the telephoto lens on the Galaxy S20 and S20+ support up to 30x zoom, while the S20 Ultra supports up to 100x hybrid zoom. The Galaxy S20 and S20+ come with 25W fast charging support, while the S20 Ultra supports a much faster 45W fast charging tech.