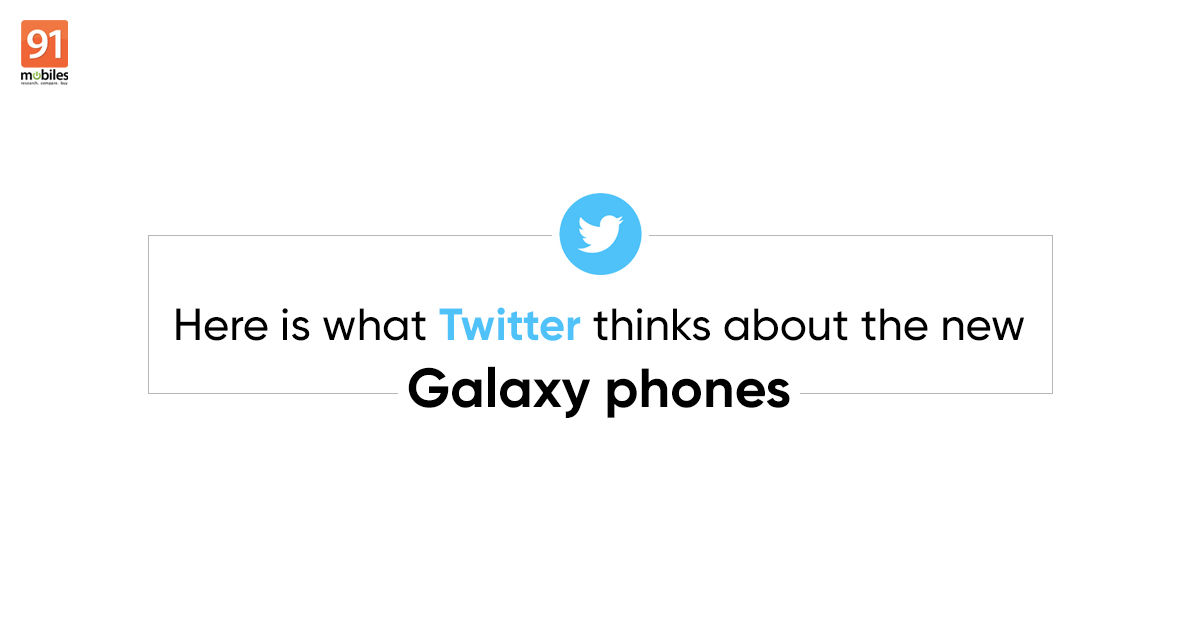 “Tech events are subject of immense scrutiny and attention, and last night’s Galaxy Unpacked was no different.”

After months of exhaustive leaks and rumours that began with the Galaxy S11, last night saw Samsung culminate all of this into Galaxy Unpacked 2020. The event saw the launch of the Samsung Galaxy S20 series, which will be the company’s flagship smartphone range for the year. The Galaxy S20 series stole headlines with a staggering 100x hybrid zoom offered on the Galaxy S20 Ultra, but what probably overshadowed it was Samsung’s second-generation foldable device, the Galaxy Z Flip (pronounced ‘Zed’). The foldable smartphone claims to undo many things that the debatable Galaxy Fold got wrong, along with reducing the price of the phone by a full $600. With all of these factors taking place from one night’s launch event, which was punctuated by smaller announcements featuring the Galaxy Buds Plus, free games and software partnerships, plenty of opinions have come up on Twitter. Here’s looking at a glimpse of how the Twitterati reacted, as Samsung went about launching their big smartphones for the year.

While we do know that the 100x hybrid zoom is assisted by software, lenses and sensor crops, it is still quite a neat gimmick to have. Just look at the range that it offers here!

With more cameras come more problems finding a neat design for them. That is what appears to be the next big issue at hand that smartphone designers need to solve, for it springs off a meme fest every time a smartphone is launched.

Can’t wait to use a tiny skillet on the new #GalaxyS20 induction stove top pic.twitter.com/3RfWAtlgVD

The favourite of the season appears to be the Galaxy S20’s induction cooktop camera module, which, in hindsight, actually looks a bit ridiculous when put in context. Here’s another glimpse.

Bold move by Apple to introduce a cooker on their phone. It’s clearly the future of smartphones as Samsung add one too. #SamsungEvent #GalaxyS20Ultra pic.twitter.com/o5ZY5TfUSp

With all that firepower in a smartphone, why not make the most of it? That is what Samsung appears to be doing, by striking a partnership with Microsoft for bringing Xbox titles to the Galaxy S20 phones. This means more mobile gaming, and hopefully better mobile games as well.

1/2
Have teamed up to port games to the S20 range (Possibly even the 10 series lines and lower).

The possibilities and opportunities provided by this are unimaginable considering how amazing Microsoft is with game optimizations. pic.twitter.com/pyJLEehUzd

All of this comes at a fairly steep cost, and the Galaxy S20 range costs between $999 and $1,399. By no means is this an affordable price for a smartphone, so naturally, netizens have brought out their favourite kidney jokes in solidarity with Samsung’s pricing of the Galaxy S20.

After Samsung’s fiasco with the Galaxy Fold, it is natural that there will be plenty of skepticism with how the Galaxy Z Flip would fare. So far, Samsung seems pretty confident that it has found the right formula. The legions of viewers, though — not quite.

The all new #Samsung #GalaxyZFlip features a foldable thin glass not plastic display.
Sounds Dope.
Let’s wait for the durability test by @ZacksJerryRig .
And glass is glass and Glass b̶e̶n̶d̶s̶ breaks.#GalaxyUnpacked #SamsungEvent

Many a times, smartphone launch events have felt like a parade ground for camera enthusiasts, and with Samsung’s emphasis on how good the Galaxy S20 camera is, they too went a little overboard with it. Was it too much? At least one person thinks so!

Anyone else disappointed with #GalaxyUnpacked ? Its basically been:

-YOUTUBER YOU’VE NEVER HEARD OF OR CARE ABOUT

-8k camera~
-NETFLIX
-WE STILL HAVE BIXBY FOR SOME REASON!
-ANOTHER YOUTUBER YOU DONT KNOW

All said and done, there’s no denying that the Galaxy Z Flip looks pretty chic. It has a swanky demeanour about it, a dash of funk in the world of blues. Despite all the skepticism, initial users of the phone seem pretty impressed by it as well.

Lastly, the bag of truth. The fact that the S20 Ultra camera can pull off 100x zoom is great, but is it really required? Will we ever really use it, or is it just a flashy gimmick that will be very cool at parties?

I bet most #GalaxyS20Ultra buyers will zoom in to 100X once…the day they get the phone, then never again. pic.twitter.com/c1tSI5ZTSV

What are your thoughts about last night’s Galaxy S20, Galaxy Z Flip and all the other stuff announced at the Samsung Galaxy Unpacked event? Are you happy with it, impressed by it, or do you feel let down? Let us know.