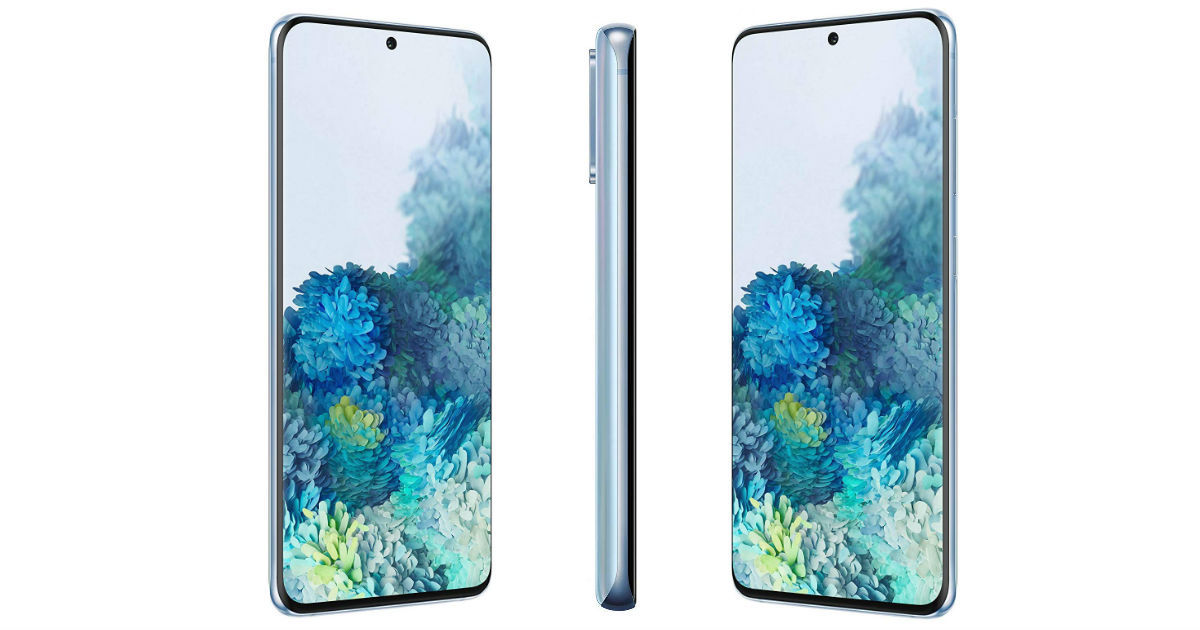 “Samsung Galaxy S20 full specifications and price have been listed on the Amazon UAE website, revealing pretty much everything we already know”

Samsung will launch its flagship lineup – Galaxy S20, Galaxy S20+, and Galaxy S20 Ultra, on February 11th in New York. Prior to that, the vanilla Samsung Galaxy S20 has surfaced on Amazon in the UAE, thereby revealing the phone and its full specifications. The listing reiterates that the Galaxy S20 will pack a punch-hole display with 120Hz refresh rate and triple cameras on the rectangular module that protrudes a little at the back. The handset, as learnt from the previous leaks and rumours, seems to have curved edges, but only slightly. The Galaxy S20 will feature an ultrasonic in-display fingerprint scanner, just like its predecessor.

The Galaxy S20 price listed on Amazon UAE website is AED 3,112.72 that roughly translates to Rs 60,600. The handset is “temporarily out of stock” on the Amazon.ae platform, but is said to retail in Cloud Blue colour. Other colour variants of the phone are also expected.

The fascia of the Galaxy S20 will sport a 6.2-inch Infinity O display with centred punch-hole for the selfie camera atop, just like the Galaxy Note 10 series. The handset will be powered by Exynos 990 chipset in the UAE paired with 8GB of RAM and user-expandable storage of up to 1.1TB. The Galaxy S20 is expected to land in India with Exynos 990 SoC as well. The handset will house a large 4,000mAh battery and will run on Android 10 with One UI 2.0 on top.

For photography, the Galaxy S20’s triple rear cameras are said to ship with 64MP telephoto lens, 12MP wide-angle lens, and an impressive 30x Space Zoom lens that is rated “capture the world around you like never before.” The front camera of the phone, however, will house a 10MP camera for selfies and video chat. Connectivity options remain vague at the moment, but rumours are rife that the Galaxy S20 will have a 5G version as well.