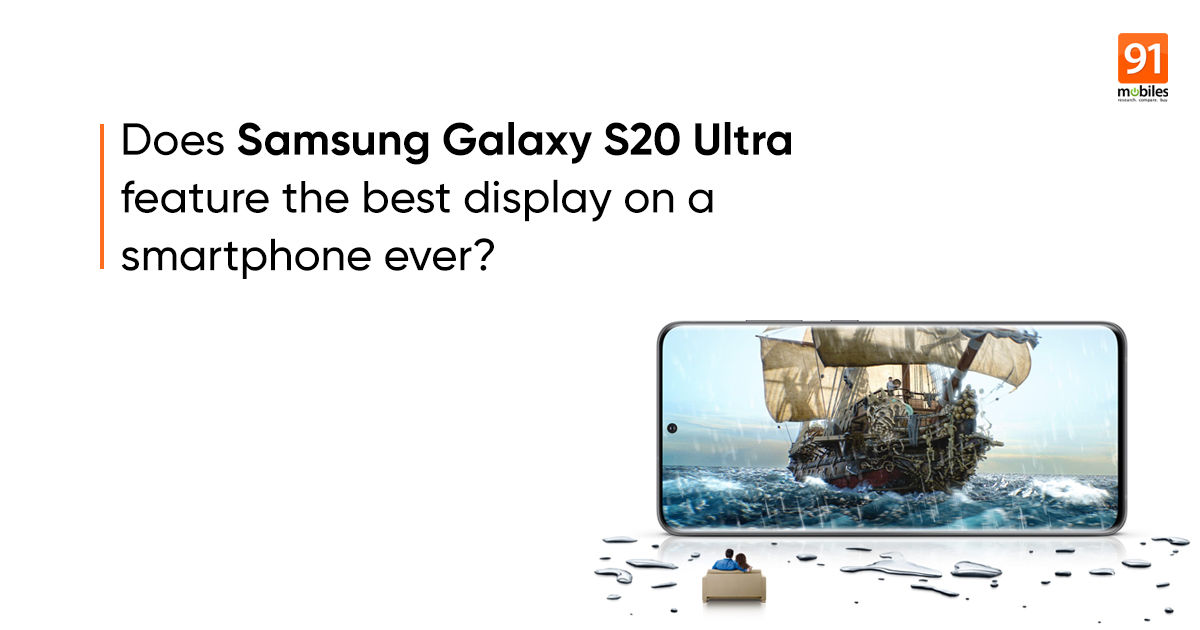 “The Galaxy S20 Ultra features a 3K resolution AMOLED display, which is said to have set 12 new records in DisplayMate’s tests.”

Samsung Galaxy S20 Ultra is a fairly extreme smartphone, with multiple unique features aboard that take the definition of flagship smartphones a notch further. Now, the smartphone has received a new accolade, with DisplayMate rating its display as one that is very close to being “perfect”. In its new test that rates smartphone displays in various metrics, the Galaxy S20 Ultra is said to have either matched or exceeded the performance of DisplayMate’s previously tested best smartphone displays in as many as 12 fields, thereby being rated with a grade of A+ in the display tester’s metrics, and is being referred to as the best smartphone display available today.

The Galaxy S20 Ultra’s massive display also reached the highest peak brightness of 1,342nits for DisplayMate’s low average picture level test, which makes it about 14 percent brighter than its predecessor, the Galaxy S10 series. It also features wide native colour gamut coverage of 110 percent of the DCI-P3 metric, and 139 percent of the sRGB metric. Other areas where the Galaxy S20 Ultra set new records include contrast ratio, screen reflectance and contrast rating of the display in ambient light. Interestingly, DisplayMate notes that while the Galaxy S20 Ultra does come with a 3K resolution screen panel, a higher, 4K resolution panel would not look any sharper.

The Galaxy S20 Ultra is one of the most well-heeled flagship phones and has taken the benchmark one notch up with features such as a staggering 16GB of memory, a 108-megapixel camera with 100x zooming capabilities, and more such features. In fact, it is so extreme that Samsung even priced it higher than the Galaxy Z Flip, Samsung’s second-generation foldable smartphone. With the Galaxy S20 Ultra priced at Rs 92,999 in India and the Galaxy Z Flip expected to launch at a similar price sometime soon, which of the two would you want to buy — an extreme-specification normal smartphone, or a decently-specced novel foldable phone? Let us know.