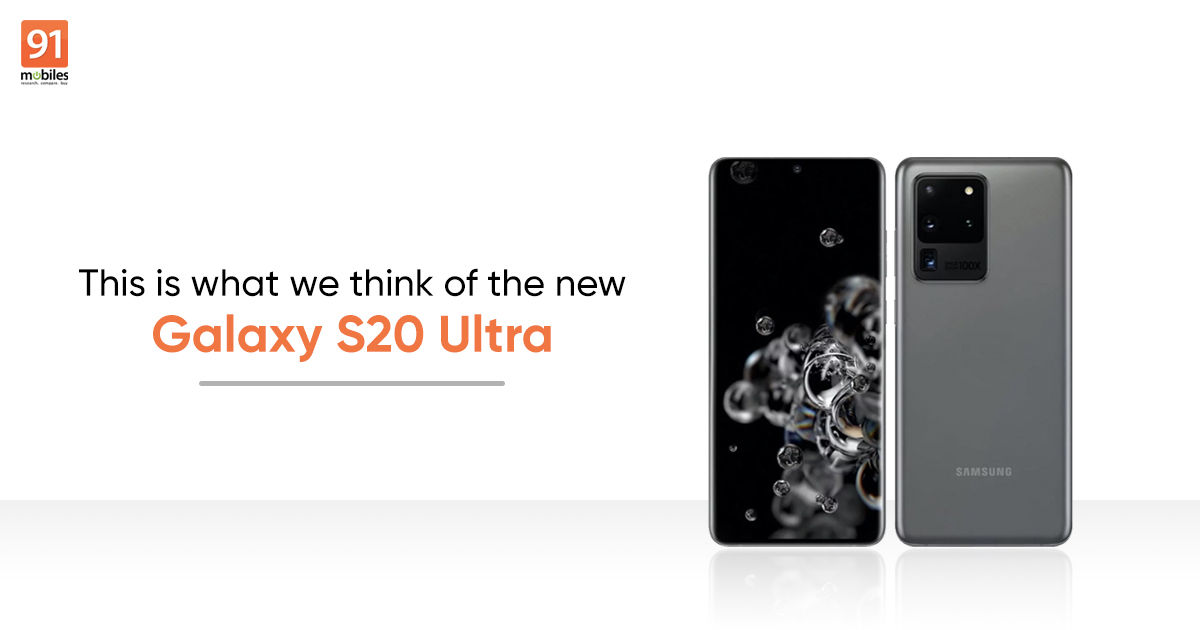 Pro, Plus and Ultra are some of the suffixes we’ve seen manufacturers use in names of smartphone models, usually denoting significant upgrades in terms of capabilities. With its new Galaxy S20 series, Samsung has chosen the Ultra moniker for the top-end model, and it’s easy to see why. The Galaxy S20 Ultra is a truly loaded flagship, with camera prowess forming its headlining feature. The 108MP camera is really the centrepiece, but there’s lots more to the device. A series of leaks might have already spoiled the surprise, but the S20 Ultra is now official at last, and we’re going to give you a closer look. Let’s take a gander at what it brings to the table, and your pocket. 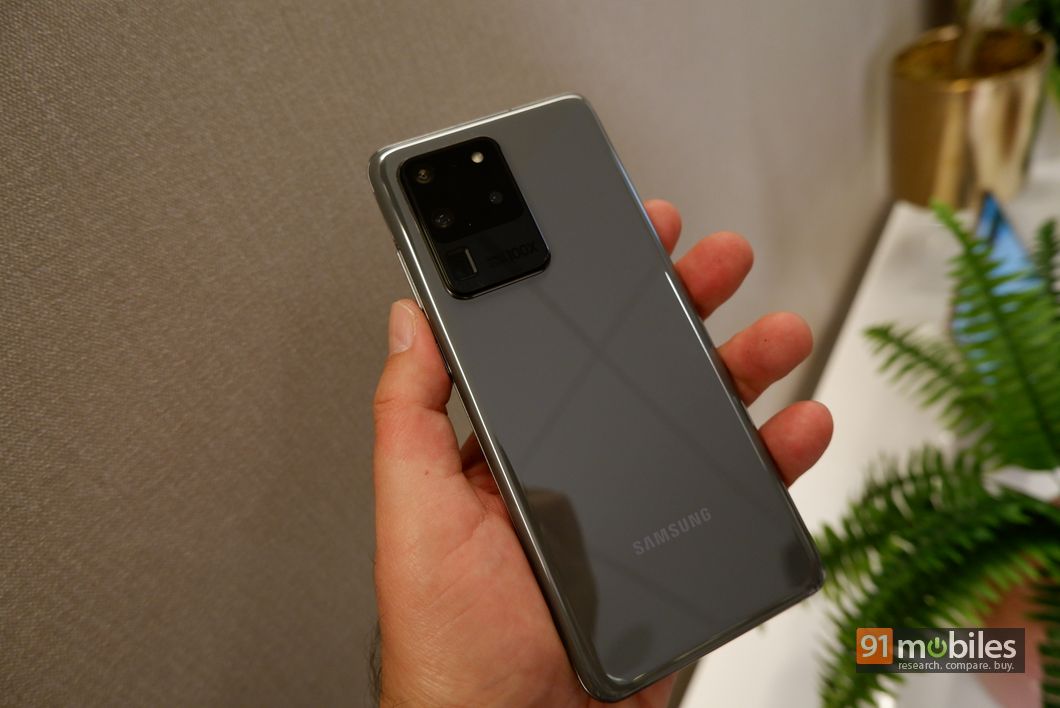 The big news here is the camera. The massive, rectangular camera bump at the back of the S20 Ultra is where the action is. This module packs a 108MP, f/1.8 primary sensor, mated to a 12MP ultra-wide, a 48MP telephoto, and a depth sensor. This combination offers what Samsung likes to call ‘Space Zoom’, and while we’ll have to wait and see if one can actually capture celestial bodies with it, the feature is said to offer a hybrid optical zoom of 10X and a Super Resolution Zoom up to 100X. Now that is a LOT of zoom, but much of it involves software, with AI smarts doing the work behind the scenes to preserve the details. The camera can shoot 8K video, and there’s a feature called Video Snap that saves 33MP still images from 8K videos as well. 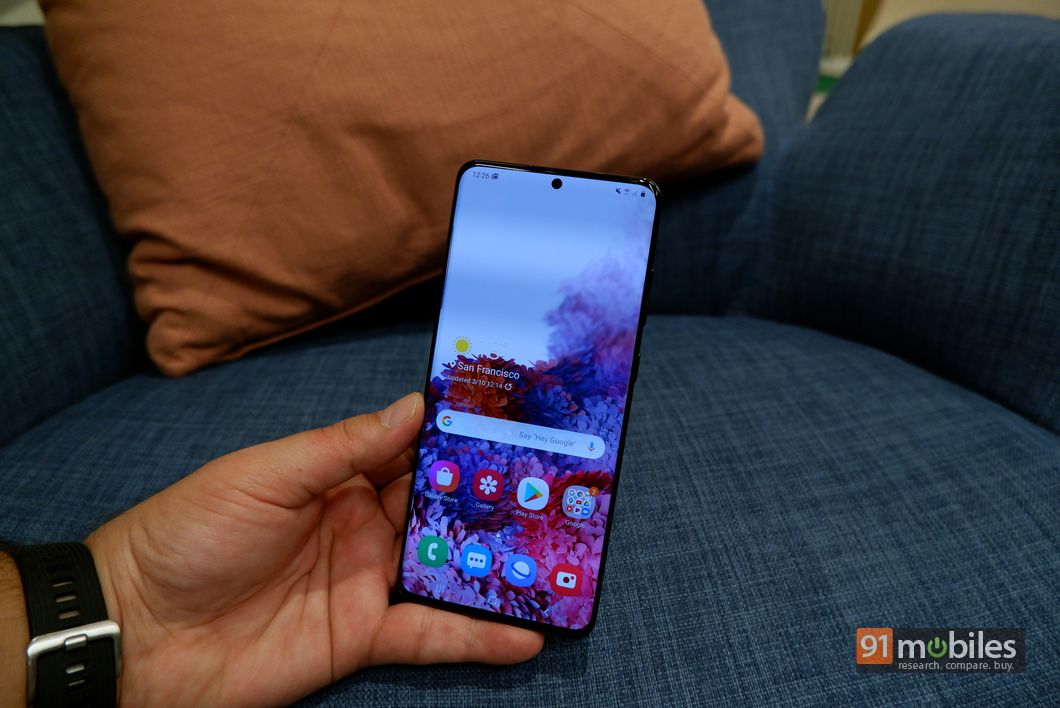 Also on offer is a new software called Single Take, which basically shoots a 10-second video, but alongside, also gives you a bunch of other videos and stills using different cameras, so you can share what you like instantly. The centre-aligned punch hole on the display hides a 40-megapixel f/2.2 selfie shooter. 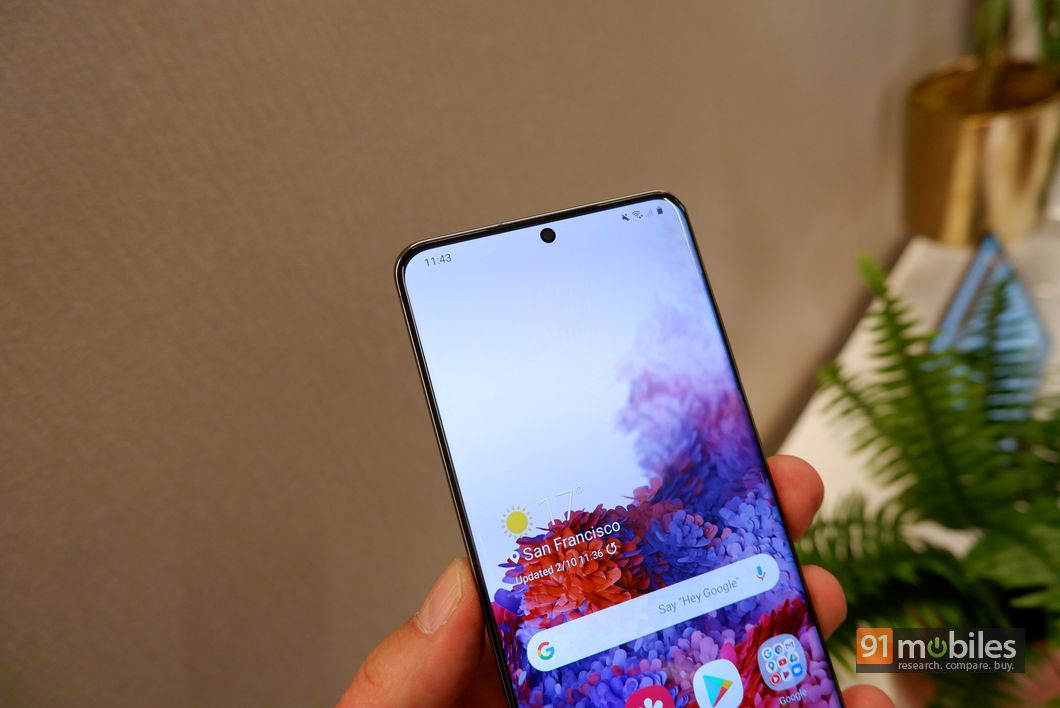 Samsung is taking the high screen refresh route with the Galaxy S20 series, and the S20 Ultra sports the same 120Hz screen refresh rate on its Dynamic AMOED panel as the others in the range. On the Ultra however, the screen is sized 6.9-inches, making it the largest among the S20 trio. There’s HDR10+ support too.

Barring the camera module at the back, the S20 Ultra doesn’t have any key design highlights. With glass on both sides and a metal frame in the middle, the phone does feel quite premium though. The large screen with the punch hole and slim bezels dominate the front, while the right spine holds the power key and volume rocker. On top, you’ll find the SIM tray, whereas the bottom holds the Type-C port and the speaker. There’s no 3.5mm headset socket. But as expected, the phone does carry IP68 rating for resistance to dust and water.

As far as core specs are concerned, the S20 Ultra will be powered by the Snapdragon 865 SoC, whereas India is likely to get one powered by Samsung’s new Exynos 990 chipset. Some of these devices will be paired with 5G models, and while information on the specifics is sketchy at the moment, it’s likely that 5G models won’t be making their way to India. RAM options include 12GB and an insane 16GB version, with storage options including 128GB, 256GB and 512GB. The Galaxy S20 Ultra will come in Cosmic Grey and Cosmic Black colours, with both of them being highly prone to smudging and catching fingerprints, as can be expected. Powering the show will be a 5,000mAh battery, with support for 45W fast charging. The phone supports wireless charging, and unsurprisingly, reverse wireless charging in the form of the Wireless PowerShare feature too. 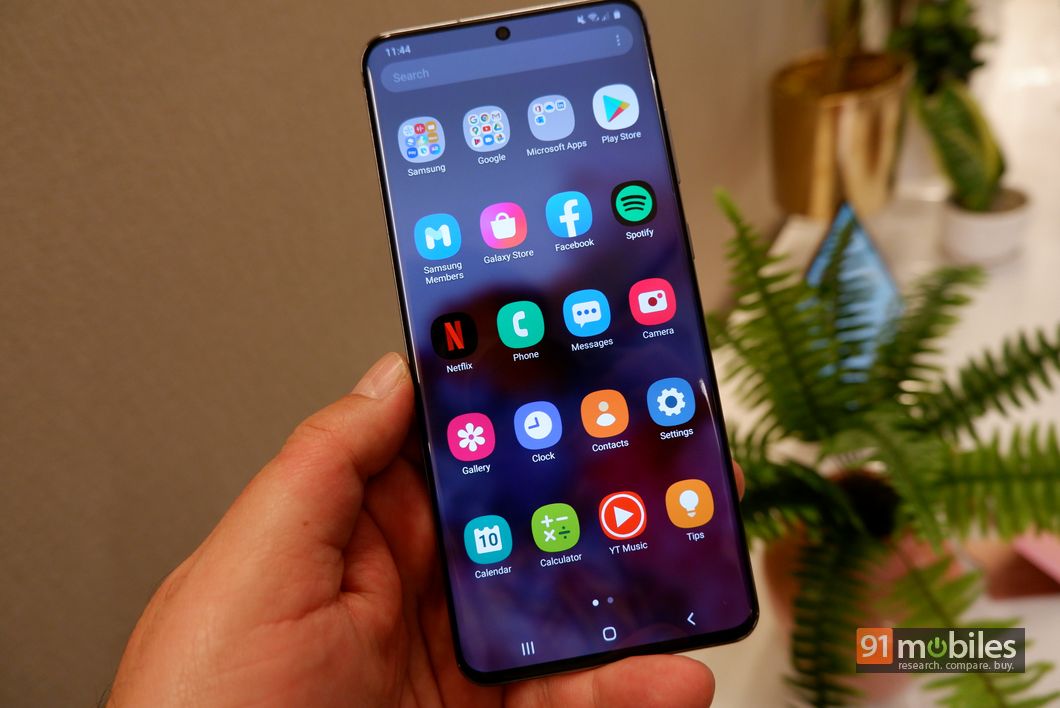 As far as software is concerned, the Galaxy S20 Ultra runs Android 10, with the latest version of Samsung’s OneUI. You can expect all the usual apps and assortment of features as boasted by Samsung’s recent flagships.

As mentioned earlier, Samsung is attempting to up its smartphone photography game in a big way with the Galaxy S20 Ultra, and thanks to the 108MP sensor, along with the other shooters and a smorgasbord of software features to add to the capabilities, it devices does look like a powerful option. Be prepared to pay big bucks for it when it lands in India, with the launch expected to happen very soon.