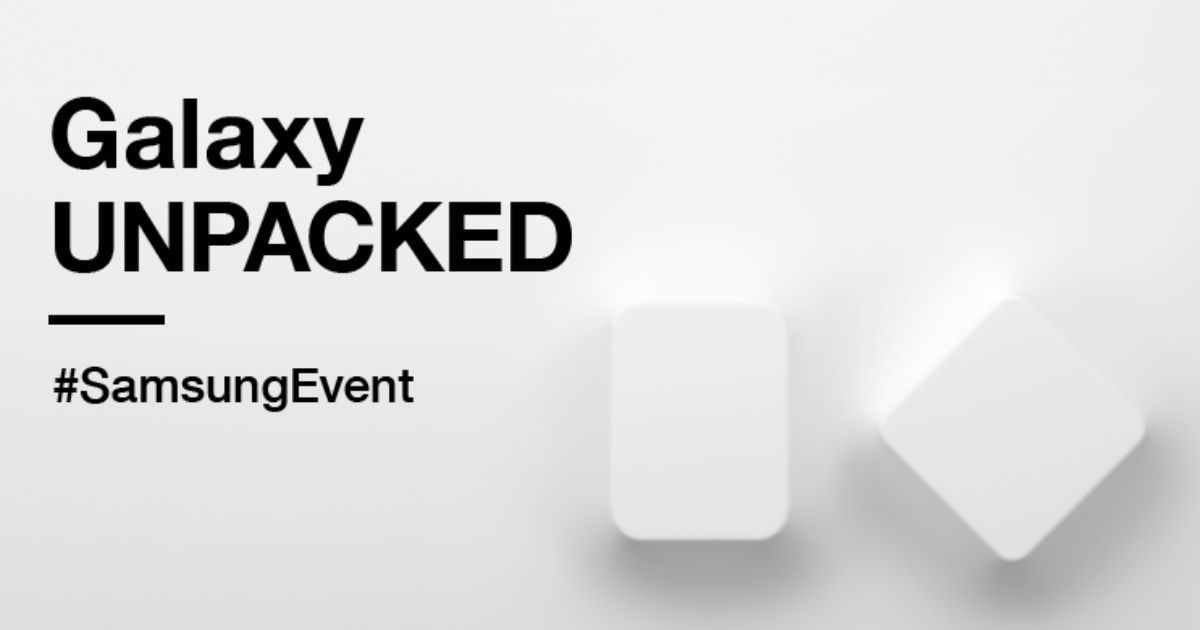 Samsung has wrapped up its Unpacked 2020 event that was headlined by its flagship Galaxy S20 series. The brand unveiled a total of four smartphones at the event, along with one accessory. The Samsung Galaxy S20 Ultra and Galaxy Z Flip, in particular, are products that will grab headlines – the former is a hardware beast that no other smartphone can match in the market today and the latter is an attractive foldable phone in clamshell form factor. 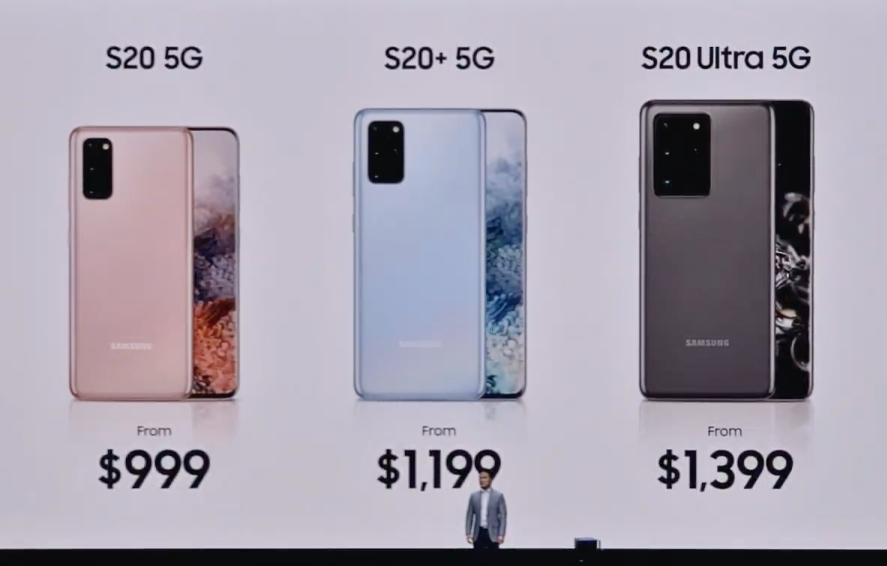 Starting with Samsung Galaxy S20, it has a 6.2-inch display with QHD+ resolution, ultrasonic in-display fingerprint sensor, and 120Hz refresh rate. It is powered by Exynos 990 SoC for the 4G variant that comes with 8GB RAM and 128GB storage. On the other hand, the 5G-supporting model will have Snapdragon 865 SoC, 12GB RAM, and 128GB storage. The smartphone sports triple rear cameras consisting of a 12MP primary sensor, a 64MP telephoto lens with up to 30X zoom, and a 12MP ultra-wide-angle sensor. The selfie camera has 10MP resolution. The phone is driven by a 4,000mAh battery with 25W fast-charging support and wireless charging support. Detailed prices of the smartphone are not known at the moment, but the company has said it will start at $999 (about Rs 72,000) and go on sale starting March 6th.

Samsung Galaxy S20 Ultra, on the other hand, is a maxed-out version of the Galaxy S20 series. The handset is the world’s first smartphone that comes with up to 100X zoom and 16GB RAM. It ships with 108MP quad rear cameras, 40MP selfie camera, a large 6.9-inch Super AMOLED display, and a beefy 5,000mAh battery with an impressive 45W fast charging tech. Samsung Galaxy S20 Ultra prices start at $1,399 (~Rs 1 lakh) and March 6th will be its first sale date too. 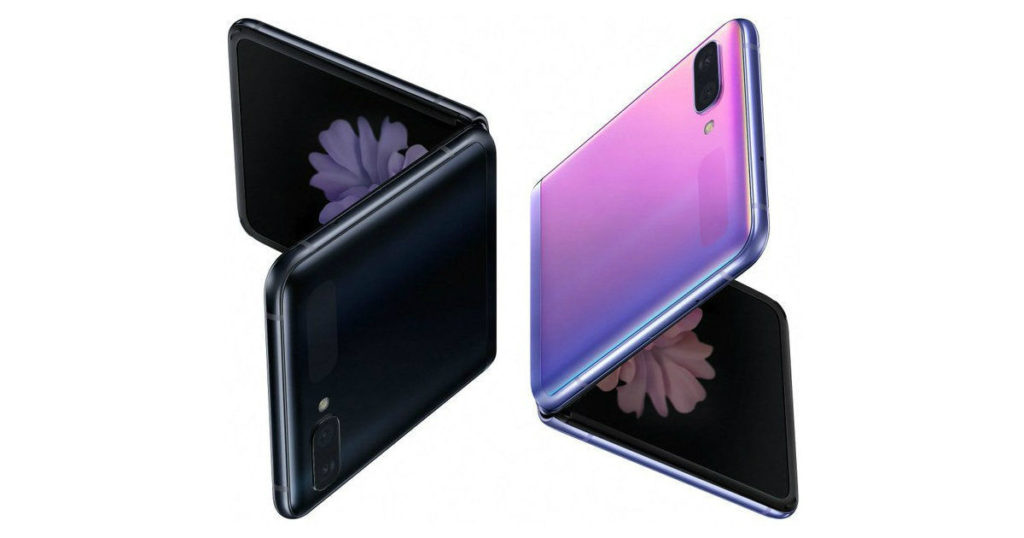 Samsung also introduced its second-gen foldable smartphone, the Galaxy Z Flip, alongside the Galaxy S20 series at the event. The handset, unlike last year’s Galaxy Fold, comes with clamshell design similar to the Moto RAZR 2019. Samsung Galaxy Z Flip sports a 6.7-inch AMOLED Infinity O display that can fold down the middle and a tiny 1.06-inch cover display for notifications. The small display is placed alongside the dual rear camera setup that includes a 12MP primary sensor and a 12MP secondary wide-angle sensor. The front camera of the phone gets a 10MP shooter for selfies and video calling.

Apart from this, the Samsung Galaxy Z Flip has the Snapdragon 855+ SoC paired with 8GB of RAM and 256GB internal storage under the hood and a side-mounted fingerprint scanner for security. The handset is driven by dual batteries that add up to a 3,300mAh cell, which is backed by 15W fast-charging as well as 9W wireless charging support. Software-wise, the phone runs a customised version of Android 10-based One UI 2.0 out of the box. The smartphone goes on sale on February 14th at a price of $1,380 (~Rs 98,000). 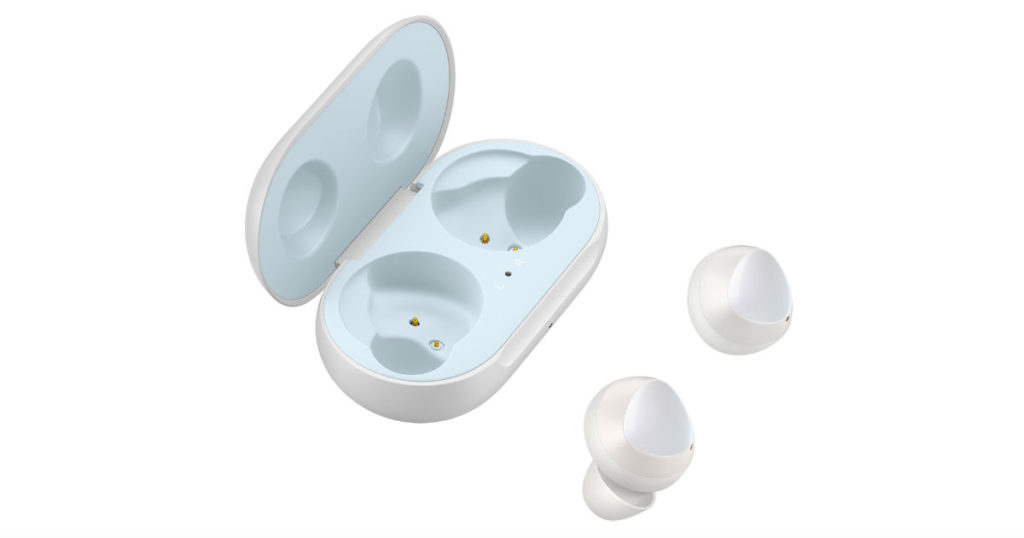 Samsung Galaxy Buds+ truly wireless earbuds come with two major upgrades: audio quality and battery life. Powering the improvements in sound quality are 2-way, AKG speakers. There are three mics onboard for optimum voice and sound quality. The new wireless earphones from Samsung offer significantly longer battery backup, up to 11 hours from Buds+ and extra 11 hours with the charging case. Additionally, the Galaxy Buds+ is also iOS compatible, which was not the case with the original Galaxy Buds. As for the pricing, the Samsung Galaxy Buds+ will cost $149 (~Rs 10,600).