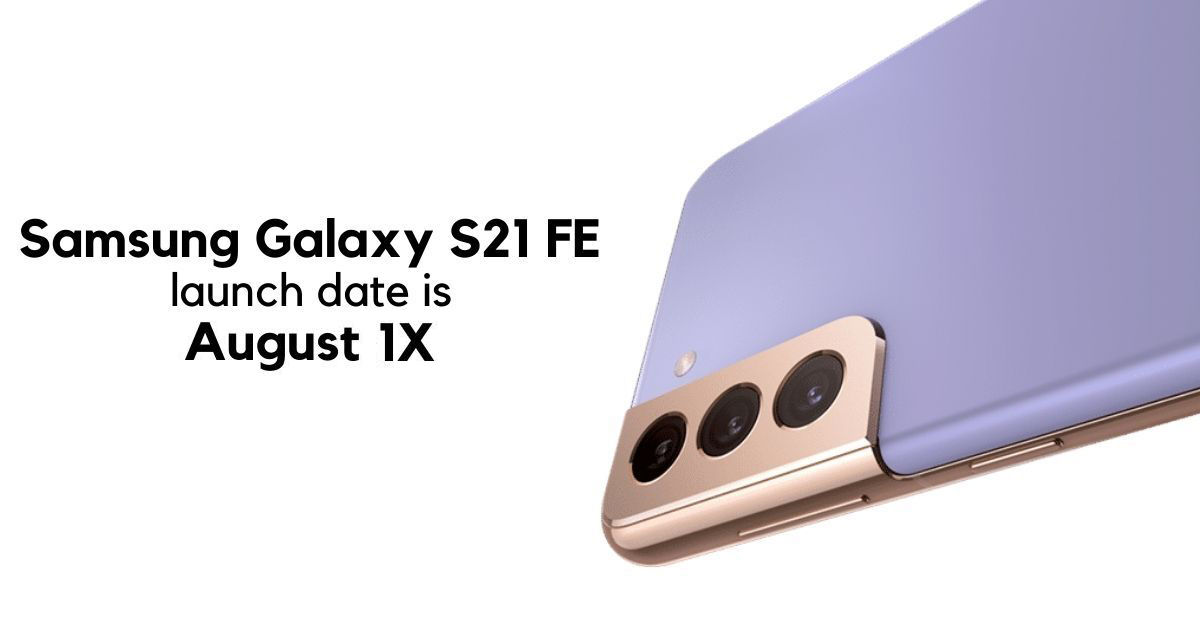 The Samsung Galaxy S21 FE launch date has been revealed, thanks to a leak that shows  Samsung’s product launch roadmap for the upcoming months. Well-known tipster Evan Blass has got his hands on what’s supposedly the roadmap for Galaxy devices. The roadmap reveals launch dates for various upcoming Samsung devices, including the unveiling date for the Galaxy S21 FE. The Korean giant recently unveiled the Galaxy A52 and Galaxy A72 mid-range smartphones. If the leaked roadmap is real, then Samsung has another Unpacked event lined-up for April.

Going by the leaked roadmap, Samsung has planned an Unpacked FE event for August 19th, where the company will unveil the Galaxy S21 FE. Reports of this phone had started to appear online last month, but it looks like we will have to wait a while before it becomes reality. The Galaxy S21 FE could be a stripped-down variant of the Galaxy S21 but will likely retain the same processor. The current Galaxy S20 FE features a plastic body and it’s possible that even the S21 FE will do the same to keep the pricing at a more affordable point than the flagship series. 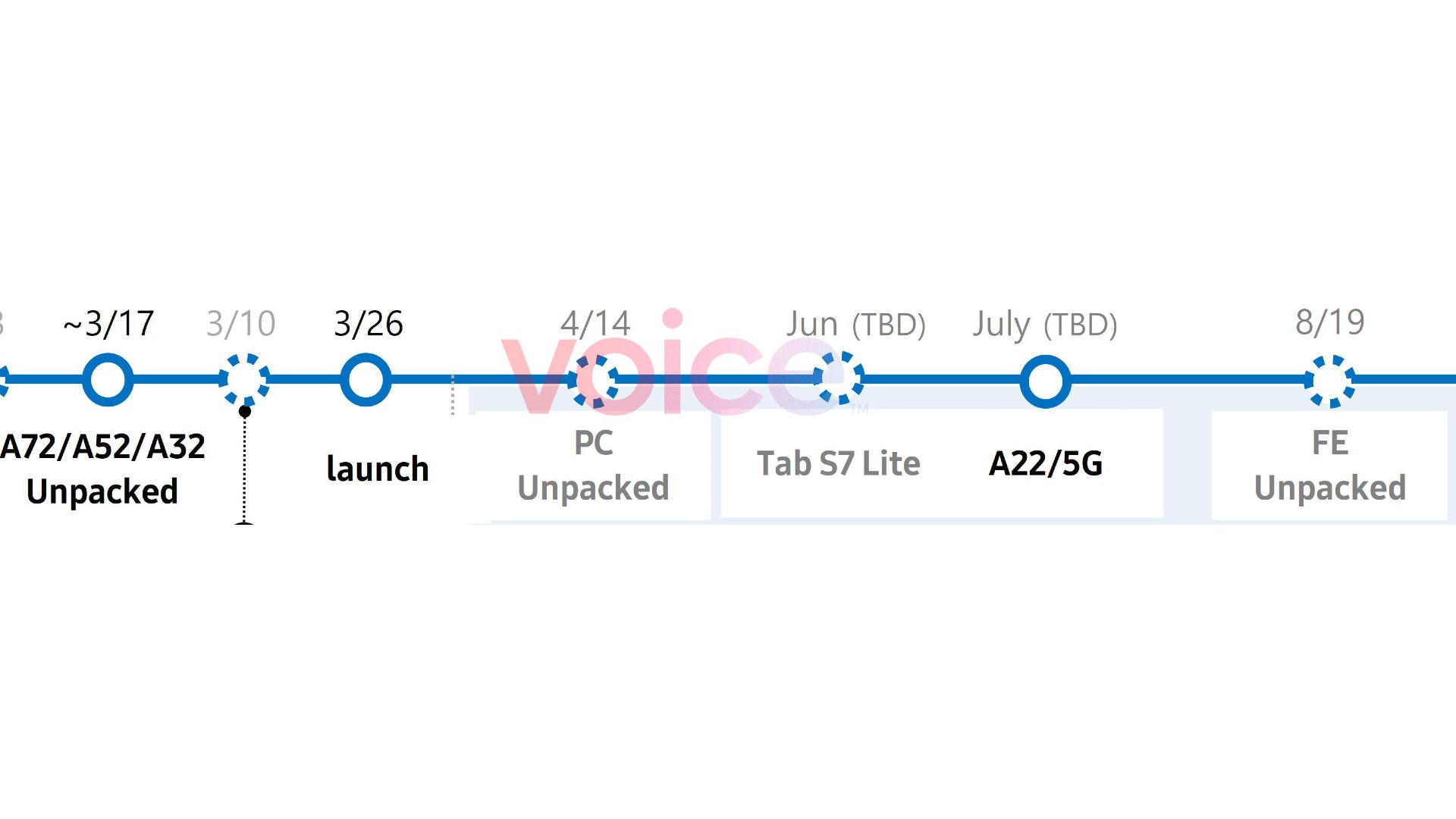 Apart from the Galaxy S21 FE launch in August, the leaked roadmap shows that Samsung also has other product launches planned for this year. The most recent event should take place next month, where the company is expected to unveil PC-related products. It is possible that we may see some new Galaxy notebooks and Chromebooks. This event is scheduled for April 14th.

The Samsung Galaxy Tab S7 could get a cheaper variant in June, as seen in the roadmap. Called the Galaxy Tab S7 Lite, this Android tablet could feature a less powerful chipset. The exact launch date for this tablet hasn’t been disclosed. The company also plans on launching new Galaxy A-series phones, with the Galaxy A22 5G scheduled for the month of July. Again, a launch date isn’t available, but the phone has already leaked online.