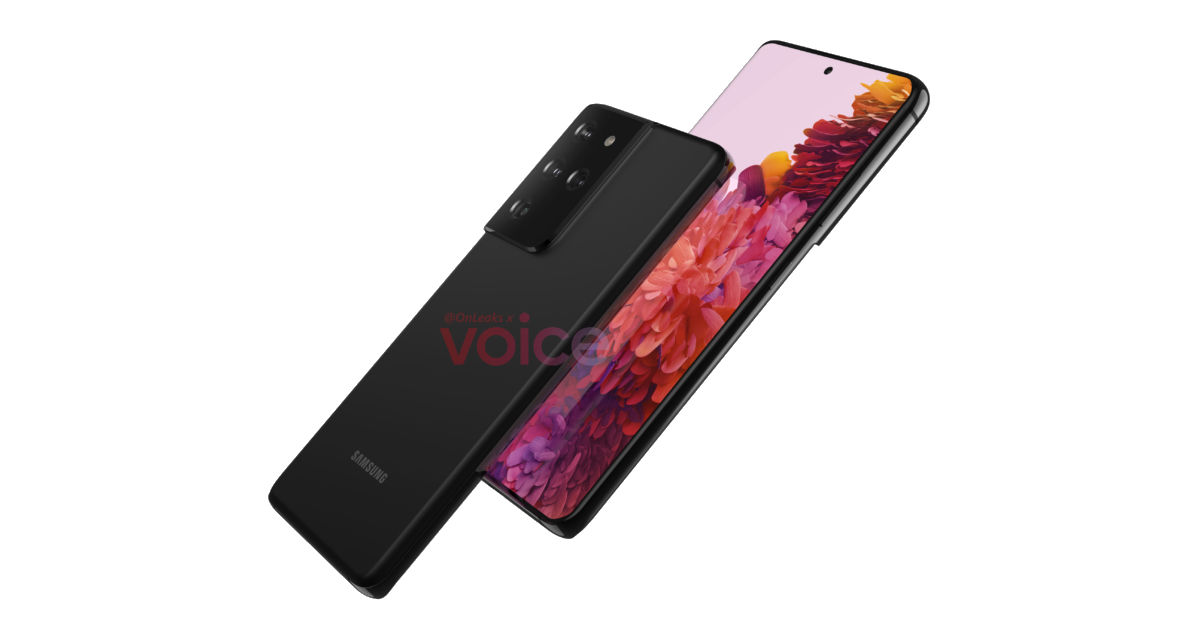 Samsung Galaxy S21 and Galaxy S21 Ultra designs have been revealed in leaked renders, showing off a unique new rear camera look. The images from tipster OnLeaks reveal the upcoming flagship phones from all angles and a separate report also sheds light on the Samsung Galaxy S21 series launch timeline. The renders reveal that the Galaxy S21 and S21 Ultra will come with a familiar design from the front with a centre-positioned punch-hole cutout for the selfie camera and ultra-slim bezels. We also learn that the displays on the phones are flat instead of curved.

Samsung Galaxy S21 and Galaxy S21 Ultra get a new rear camera design with the glass module curving into the corner frame. The camera bump is now estimated to around 1.1mm thickness for the vanilla Galaxy S21 and 1.9mm for the Ultra. The former gets triple cameras, while the latter has four sensors in the rectangular module. The standard Galaxy S21 is said to sport a 6.2-inch display and measure about 151.7 x 71.2 x 7.9mm. While the Galaxy S21 Ultra measures 165.1 x 75.6 x 8.9mm and features a 6.7-inch or 6.9-inch screen. The fingerprint sensor should be placed under the screen while the power button and volume keys are present on the right side of the frame. The phones will be available in Black and Silver colours.

SamMobile reported last week that the Samsung Galaxy S21 series will launch in early January instead of the typical February launch timeline. The reason behind the early release is unclear at the moment. The report speculates it could be to capitalise on Huawei’s absence from the flagship space or to keep some distance between the eventual ‘Fan Edition’ model later in the year. The Samsung Galaxy S21 and S21 Ultra specifications remain under wraps for now.