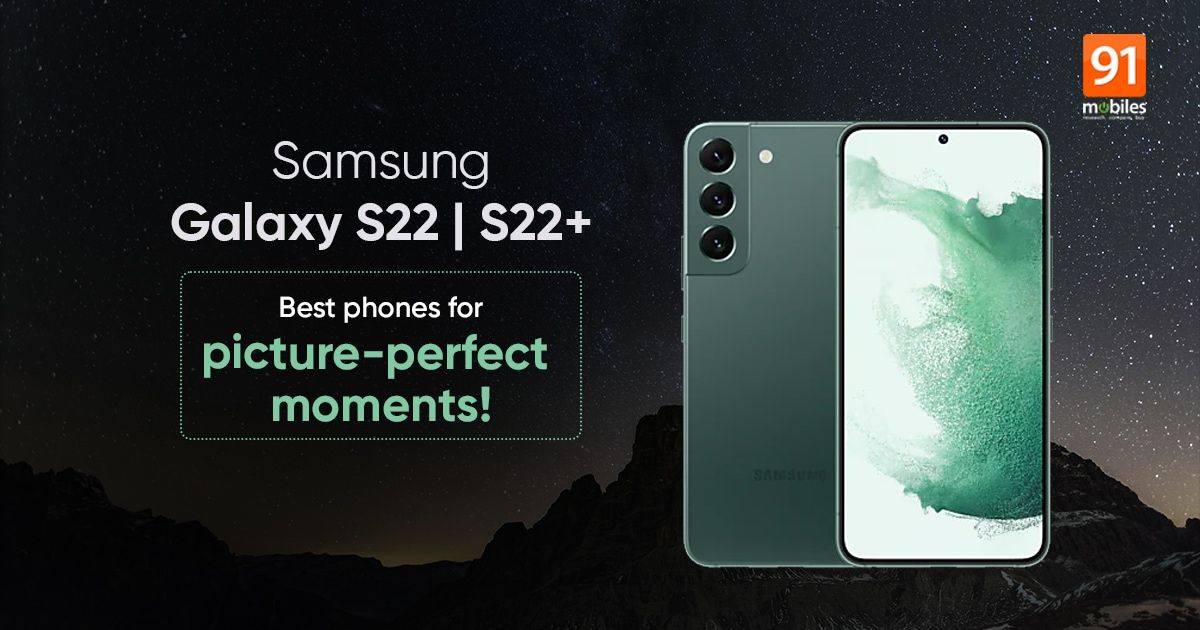 The flagship Samsung Galaxy S series is known for setting a high standard in the smartphone cameras, and this year they have continued to push the limits of camera innovation with the all-new Samsung Galaxy S22 and Galaxy S22+.

The newest additions to the Galaxy flagship lineup boast of a truly advanced camera system. This is achieved not just with their highly advanced camera hardware but also with the help of innovative software features that elevate the performance to another level. Let’s take an in-depth look at everything that makes the Samsung Galaxy S22 and S22+ great camera phones. 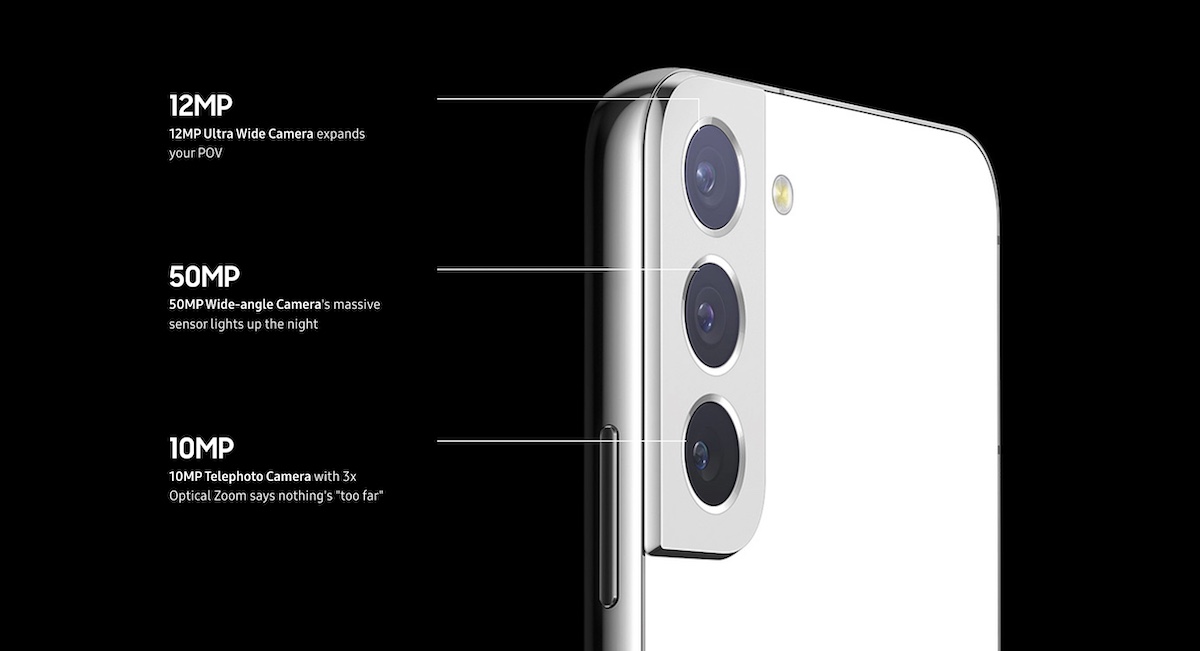 Both these Samsung devices carry the same camera setups on their backs. The primary sensor in this camera arrangement is a 50MP unit with an f/1.8 aperture. It is accompanied by a 12MP ultra-wide camera and a 10MP telephoto camera, giving these phones immense versatility when capturing photos and videos. Selfie enthusiasts will also be pleased with the 10MP at the front that supports 4K video recording, Auto-HDR, and many other features.

Capture the night with Nightography 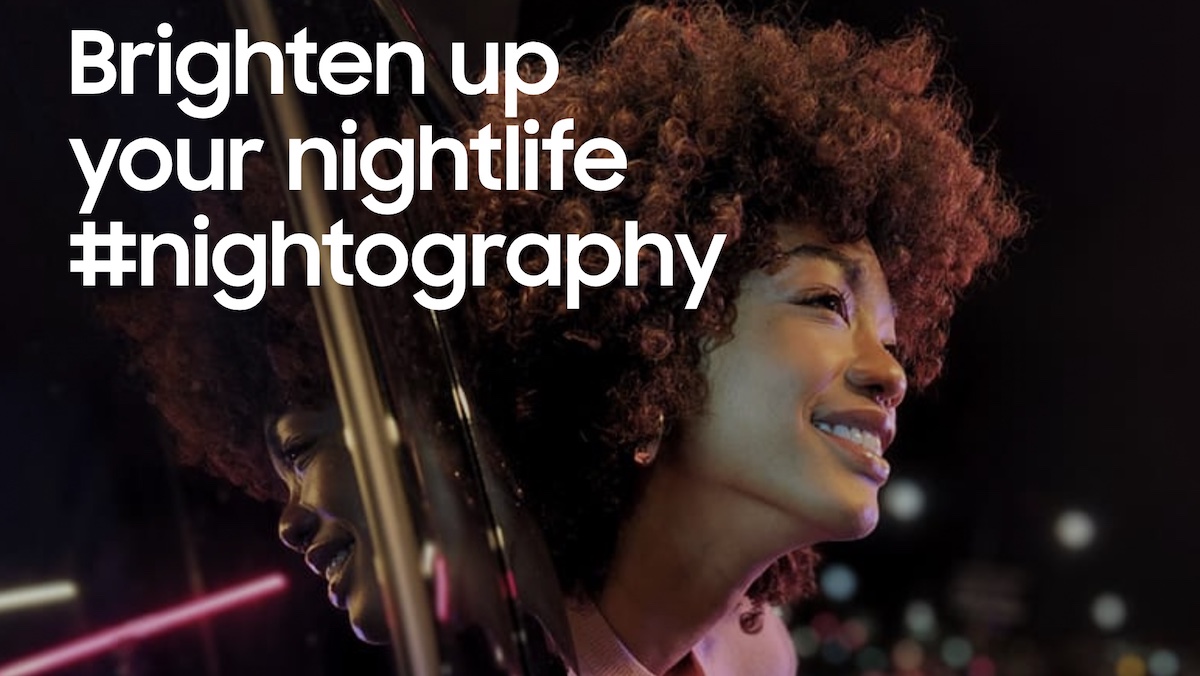 The primary feature associated with the Samsung Galaxy S22 series is Nightography which signifies a massive leap forward in terms of night-time camera performance. It is characterized by the Big Pixel Sensor technology onboard the 50MP primary cameras of these phones, which already deliver large 1.0µm pixels. When this sensor detects low light, the pixels are merged to create groups of larger pixels, allowing for more light to be captured by the sensor. Low noise processing then kicks in to increase the sharpness of the resulting image.

Another aspect of Nightography is the use of Super Clear Glass, which refers to the anti-reflective and nano-coated glass and lens present on the cameras. The superior quality optical hardware used on the Galaxy S22 phones allows light to travel to the image sensor with fewer reflections. This means you get super crisp photos and videos with a minimum lens flare. It especially helps when there are bright light sources behind the subject that usually end up spoiling photos by introducing lens flares. 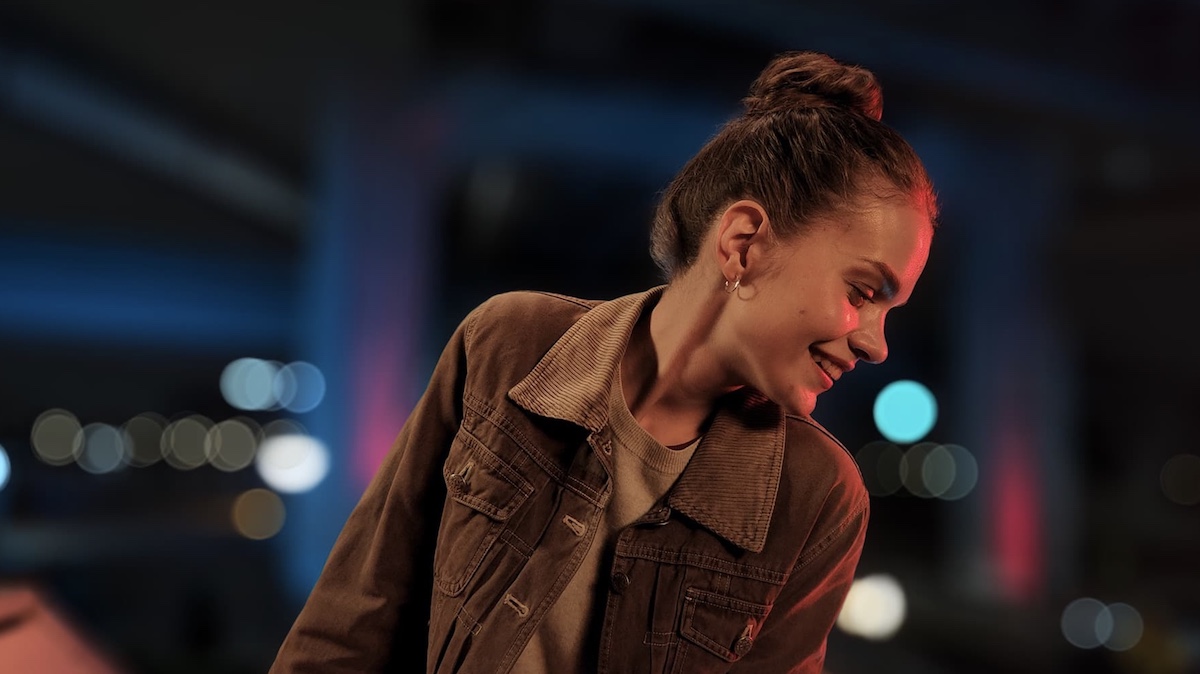 Nightography also brings Super Night Solution, a revolutionary technology that delivers noise-free photos and videos. During low-light photography, it uses multi-frame processing to click a series of images in an instant and removes the frames containing the most noise and blur. The technology then employs AI to merge the remaining frames into one clear shot and enhances its colour tones and details using object recognition. Super Night Solution works on the Portrait Mode, as well as with the front camera.

In terms of capturing videos, this technology is capable of adding up to 12 extra frames per second to night-time clips that usually tend to be blurry and choppy. These additional frames not only enhance the video’s smoothness but also add extra sharpness and colour to the videos.

With the Galaxy S22 and S22+, Samsung has brought in improvements to videos as well. The Pro-grade Camera apparatus on these phones goes one up on the brand’s already good video stabilization feature and brings an improvement of 58 percent to the OIS correction angle. This results in faster motion sampling and much better stabilization for videos. The clips captured on these phones also benefit from Super HDR, which can capture 64x more color information in the videos, even if the scene is backlit. The Pro-grade Camera on these phones is ideal for those who demand top-notch videos from their devices.

The list of camera technologies just keeps going, doesn’t it? The Galaxy S22 range also benefits from Adaptive Pixel, a feature that changes how a sensor works based on the amount of lighting available. This means it can intelligently switch between the 50MP high-resolution mode when there’s enough light around and the 12MP high-sensitivity mode when the ambient light is low. It can also use both modes simultaneously and rapidly merge the frames for producing bright and sharp photos.

The Galaxy S22 and S22+ come with a Space Zoom feature, just like their predecessors. This means, using their 10MP telephoto cameras, the phones can deliver as much as 30x zoom. Auto framing is another feature that’s worth highlighting. When you’re recording yourself by keeping the camera still, you can freely move around as the camera will track and maintain focus on you.

And then there’s Director’s View, which lets you record on all cameras at the same time and play around with all these angles later. Single Take, another regular Samsung feature is present as well. You can activate it for 20 seconds and the phone will utilize that time to capture stills, loops, hyperlapse videos, ultra-wide shots, and more, using all the rear cameras. You can then keep the ones you want and discard the rest. 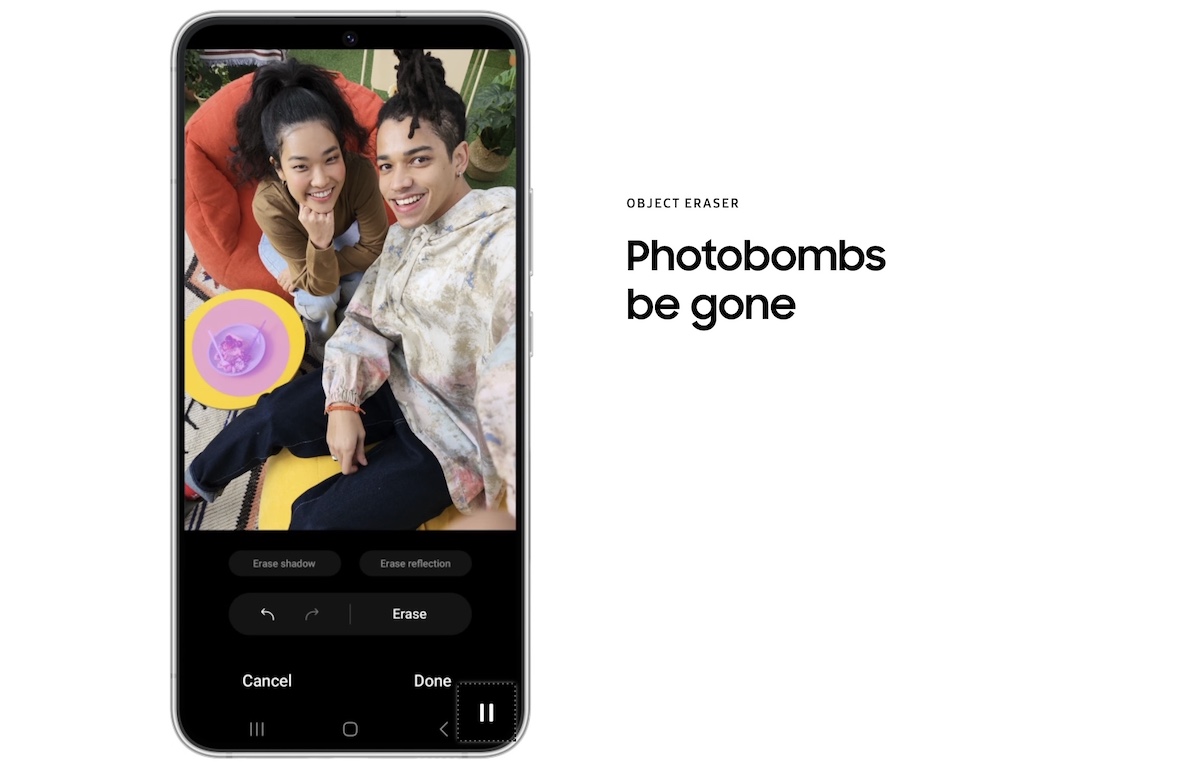 Object Eraser is a magical attribute present on Galaxy S22 phones. With simple touch commands, it allows you to manually remove people or objects from the backgrounds of your photographs. And it does that by intelligently identifying the surrounding areas and filling the empty space with appropriate patches, making the scene look as natural as it can be.

Apart from the cameras, Galaxy S22 and S22+ maintain their superiority in other departments as well. The 4nm Snapdragon 8 Gen 1 chipset beats at the hearts of these two devices, and its pairing with 8GB of RAM ensures fluid and uninterrupted performance during even the most demanding tasks. Their Dynamic AMOLED 2X displays are rated HDR10+ and offer 120Hz refresh rates. The Galaxy S22 packs a 3,700mAh battery and 25W fast charging, while the Galaxy S22+ gets a 4,500mAh battery with 45W fast charging. 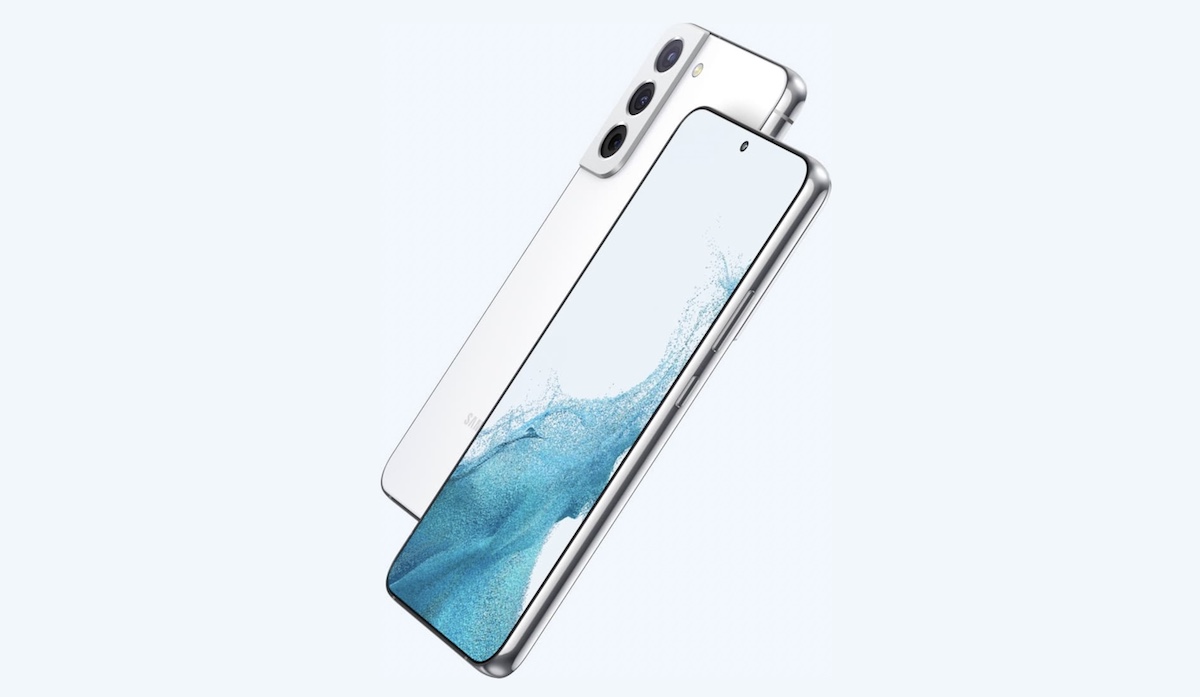 The Samsung Galaxy S22 has been priced at Rs 72,999 for its 8GB + 128GB model and Rs 76,999 for its 8GB + 256GB model. On the other hand, the same storage variants of the Galaxy S22+ can be bought at Rs 84,999 and Rs 88,999. No-cost EMIs, as well as standard EMIs, are available on these two devices, apart from an exchange bonus of up to Rs 8,000. Buyers can also get Rs 5,000 instant cashback if they use HDFC Bank credit or debit cards. You can order these devices right now from the Samsung online store or walk into the nearest leading retail outlet.

Samsung Galaxy S22 and S22+ review: iterative upgrades that deliver on most aspects

#EpicUnboxing: Samsung India to hold biggest-ever unboxing event for Galaxy S22 Ultra on March 5th, here’s how you can catch all the action