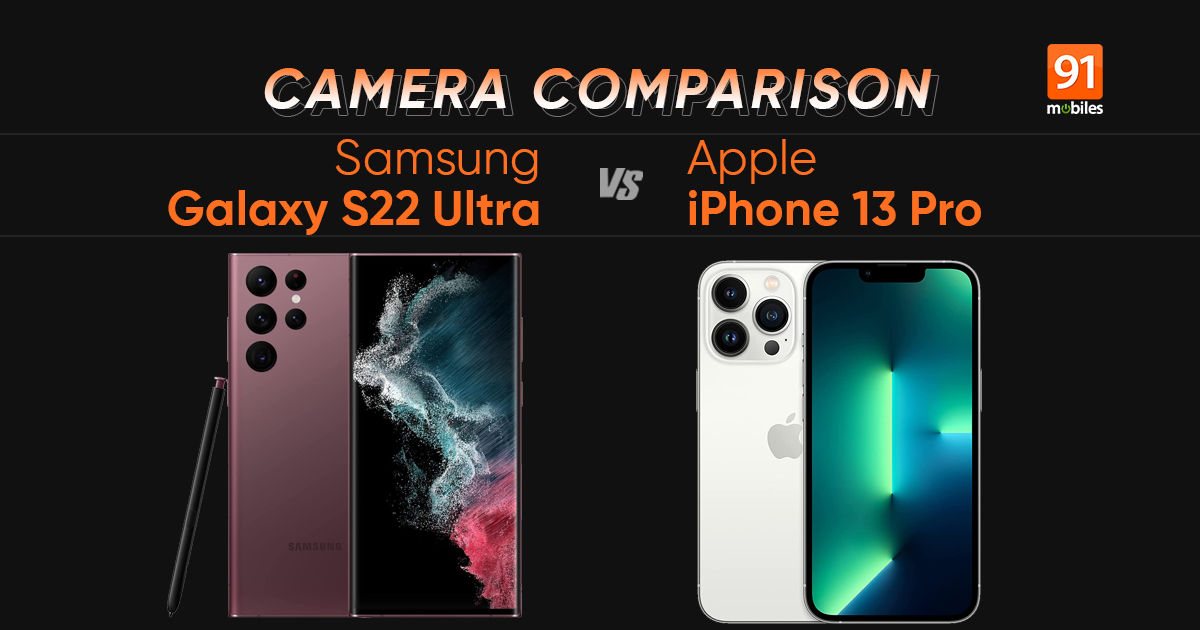 Samsung and Apple lock horns time and again and no sooner than one company announces a flagship, netizens start comparing it with the latest contender from the other brand. Unsurprisingly, when news broke out about Samsung’s latest and greatest- the Galaxy S22 Ultra – the interweb was flooded with speculation around the handset’s cameras and how they would fare against the ones on the iPhone 13 Pro / Pro Max (review). Well, having tested the phones first hand, I hope to shed some light on the same. So, today, let’s find out if the cameras on the Galaxy S22 Ultra are better than the ones on the iPhone 13 Pro.

I won’t beat around the bush at all – during the day, the iPhone 13 Pro clicks marginally better photos than the Samsung Galaxy S22 Ultra. Now, at face value, you won’t be able to tell the difference between the images shot from the two phones. That said, at a closer crop, it is evident that S22 Ultra’s main sensor glosses over the corner details in any given photo. As an example, if you look at the slider attached below, then you’ll notice that both the images are neck and neck, be it in terms of the details around the centre of the frame, or the dynamic range in the shot. 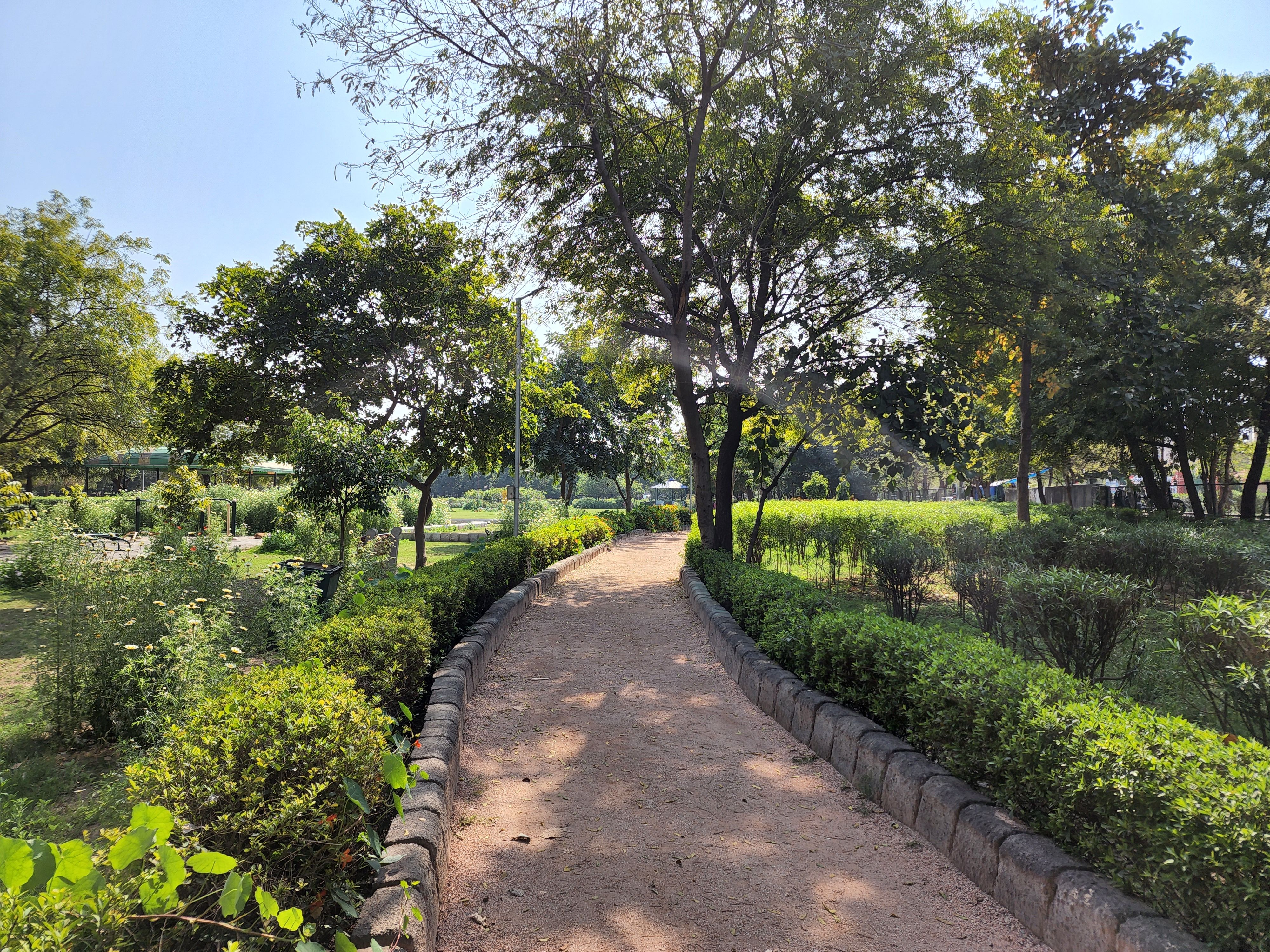 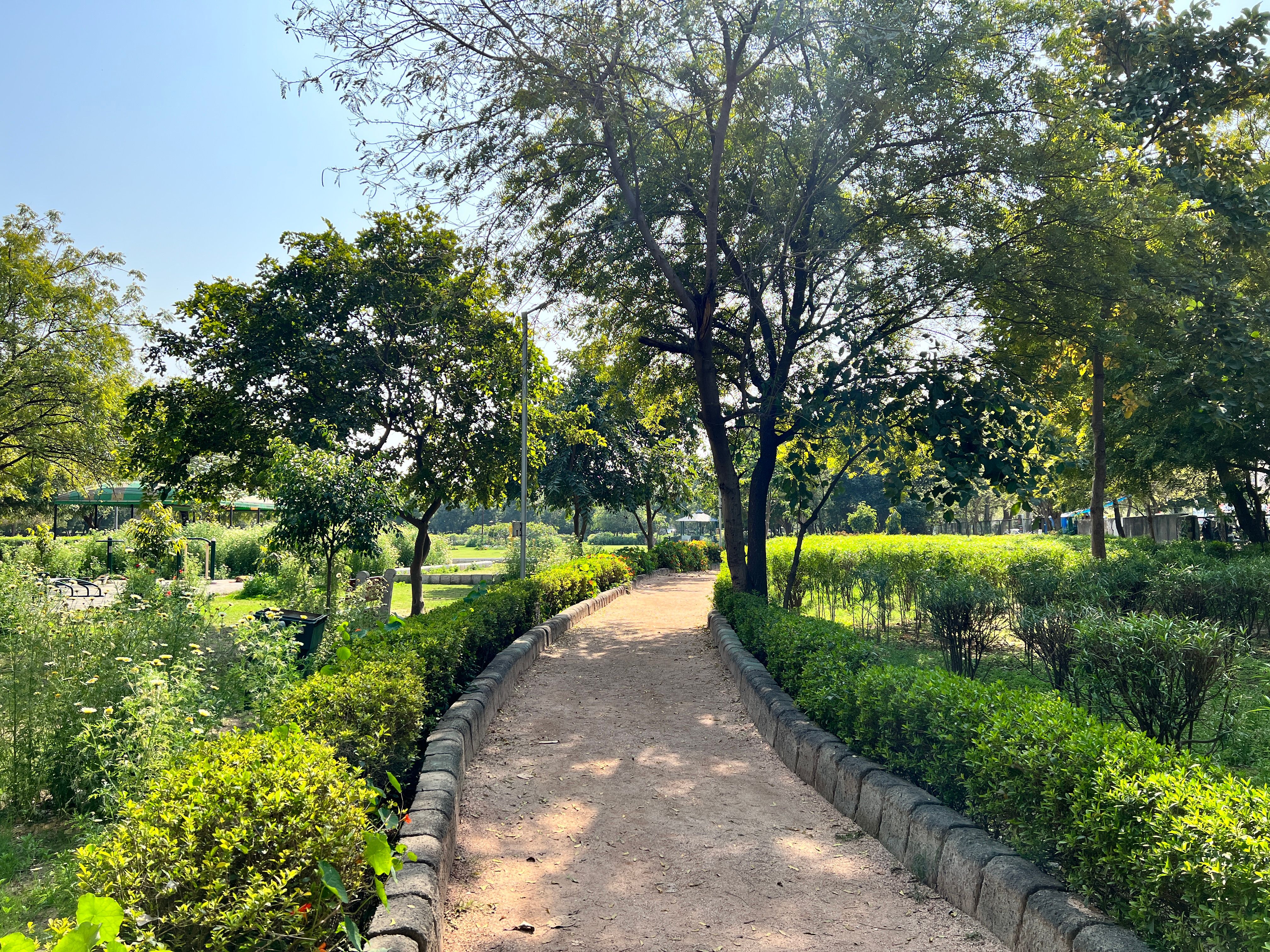 But, if you zoom towards the top left of the frame then here, the branches sprouting around the corners appear hazy on the S22 Ultra’s photo.

On the other hand, the iPhone 13 Pro retains the sharpness of objects positioned towards the extremities of the composition too. 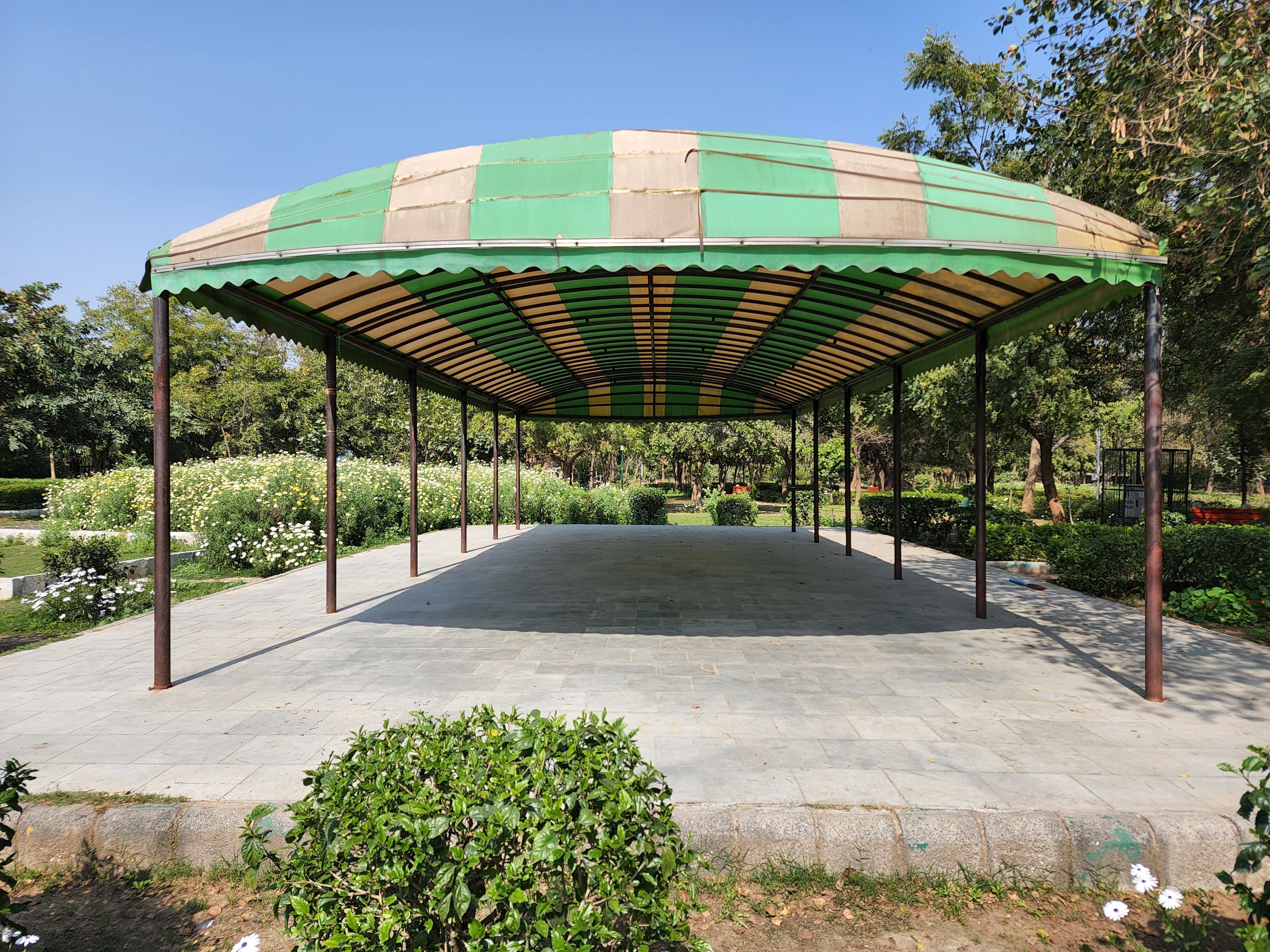 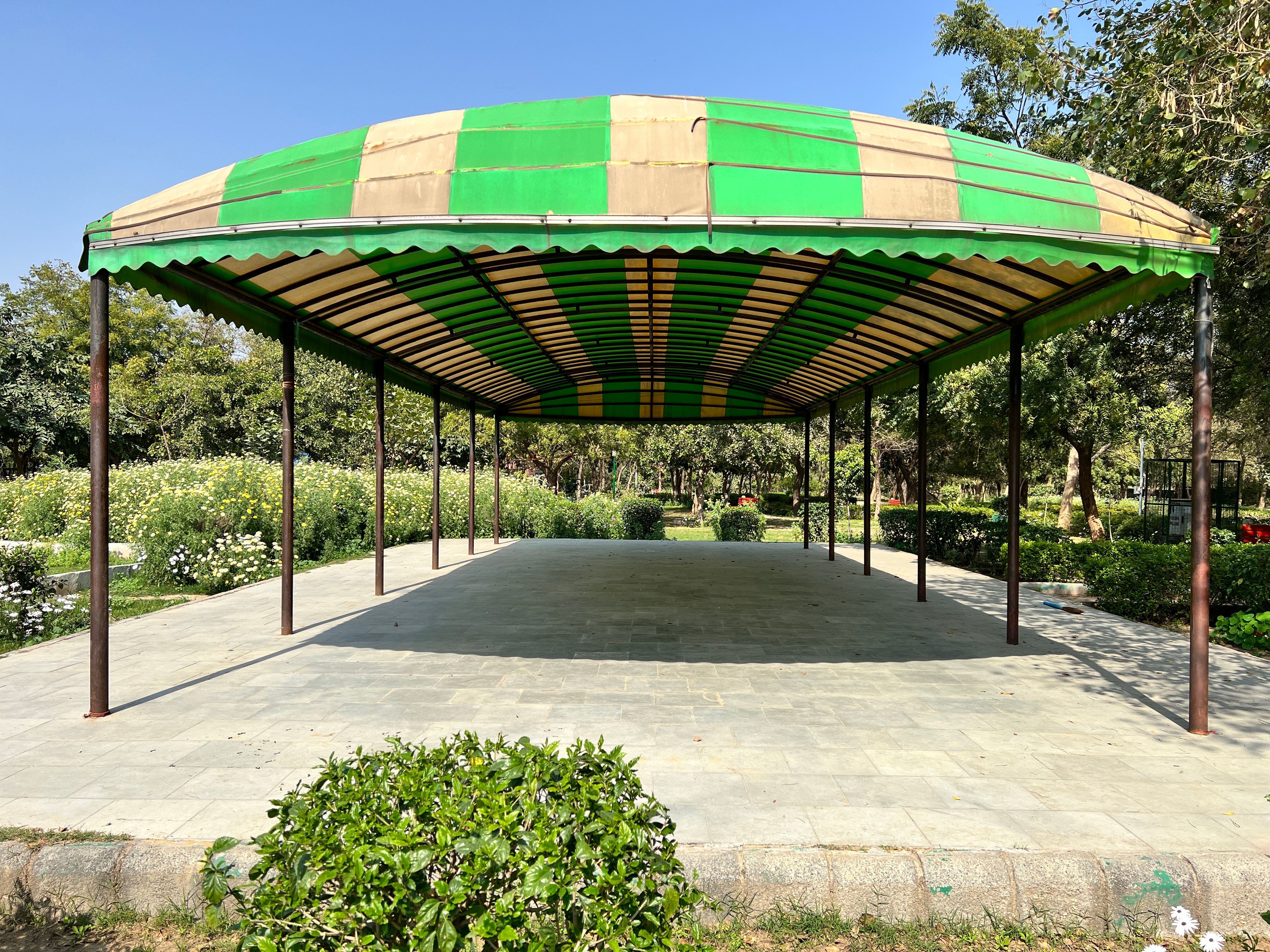 Here’s another example – in the slider attached above, you’ll notice that the photos look near-identical yet again. However, upon zooming in, the iPhone 13 Pro yields a superior image with sharper textures. The same can be seen if you pan your attention towards the bottom of the frame wherein, the edges of the pavement, as well as the shrubs and the gravel, offer much better definition in the iPhone’s shot.

What’s more, unlike Samsung’s offering, the handset managed to retain the yellow bits in the batch of daisies too. These minor differences aside, both the photos look downright fantastic and buyers opting for either of the two handsets will have a joyous time clicking snaps with the phones under the sun. That said, the iPhone 13 Pro edges in front of the S22 Ultra ever so slightly and correspondingly, takes this bout.

No surprises here, the Samsung Galaxy S22 Ultra is still the undisputed zoom king. The handset ships with two dedicated telephoto lenses that can optically zoom at 3x and 10x respectively. That’s not all, as much like last year’s model, the smartphone can digitally zoom up to 100x as well. The iPhone 13 Pro, on the other hand, offers a dedicated telephoto sensor that can optically zoom up to 3x. However, by means of some software wizardry, the device can digitally zoom up to 15x as well. 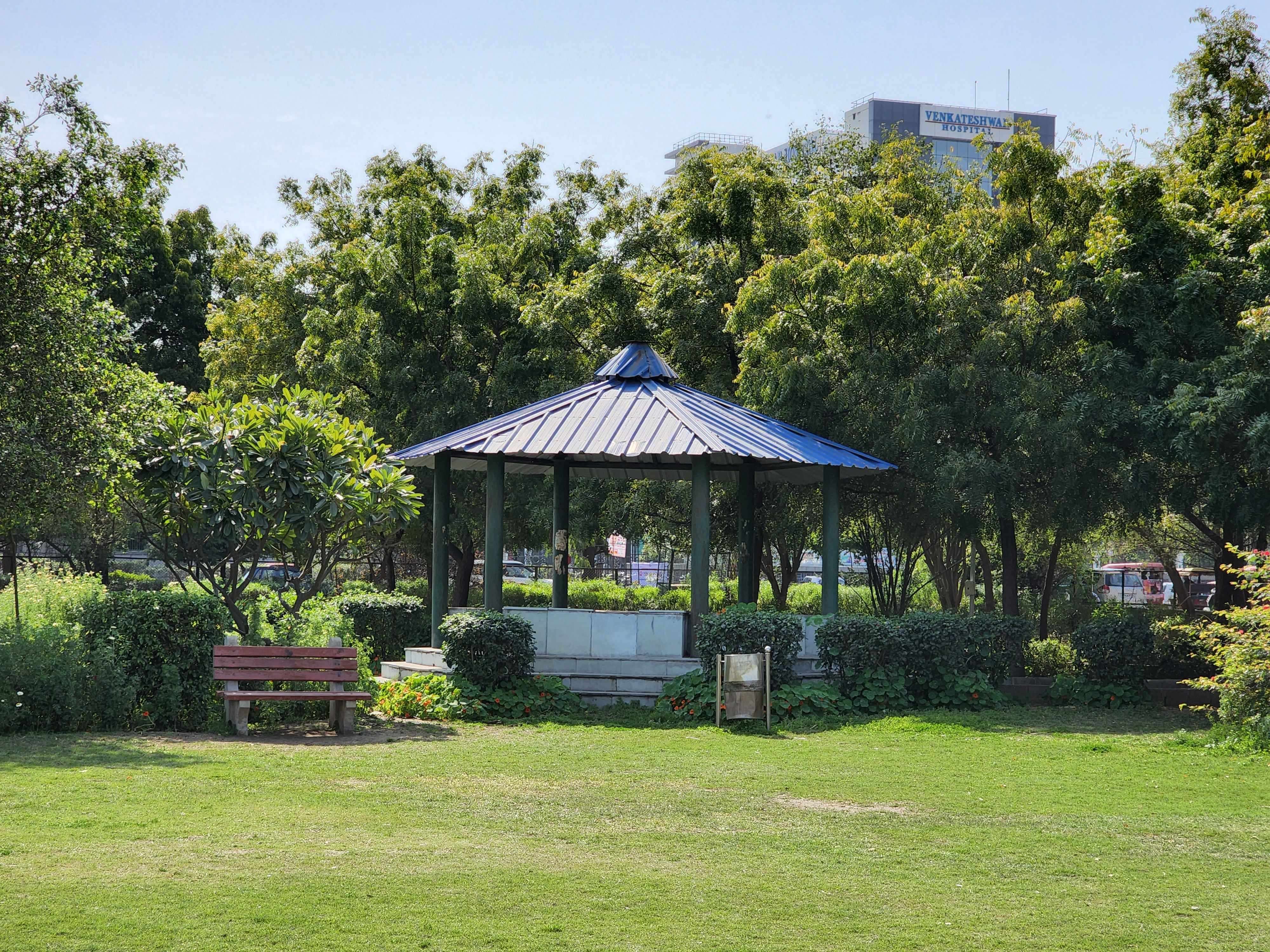 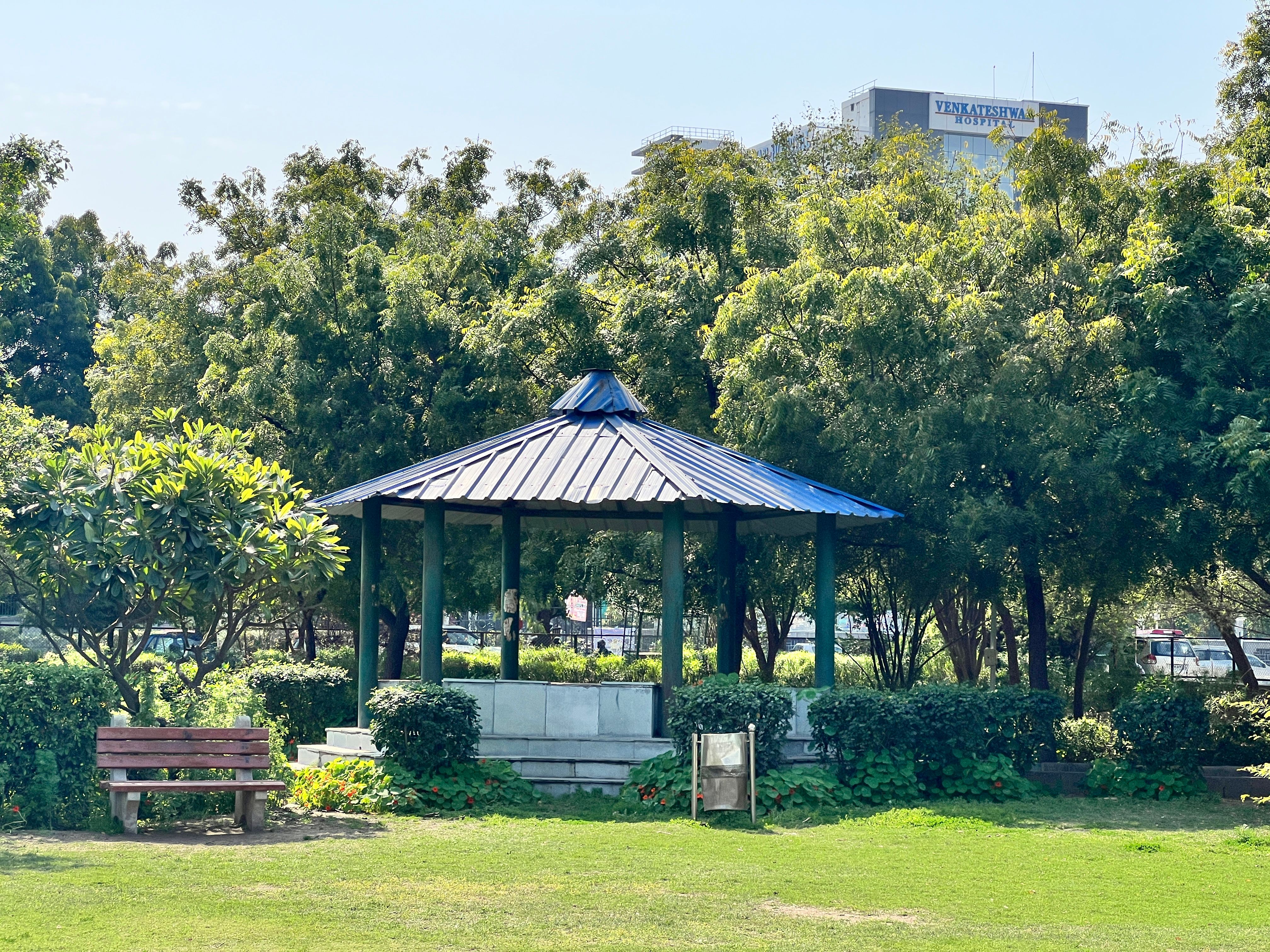 Understandably, the telephoto sensors onboard the Galaxy S22 Ultra offer more versatility to users. What’s more, images snapped from the phone at 3x zoom offer much better sharpness too. On the flip side, the iPhone 13 Pro’s telephoto sensor, while good, offers images that are usually flush with noise.

As an example, if you look at the zoomed shot of the canopy in the park, the green pillars appear grainy on the iPhone’s composition. Furthermore, the 13 Pro has struggled to expose the frame properly too and it’s hard to overlook instances of highlight clipping towards the left-hand side of the shot as well. Rest assured, if you need a phone with a capable telephoto sensor(s), then the Galaxy S22 Ultra is your best bet.

Moving on, the wide-angle images from the two phones are on par with each other too. To wit, both the handsets offer a 120-degree FoV with their respective ultra wide-angle cameras. The photos look stunning too, mind you, with the devices capturing excellent details around the centre of the frame. Furthermore, there’s minimal colour temperature disparity when switching between the main and the ultrawide angle sensor on the two phones. 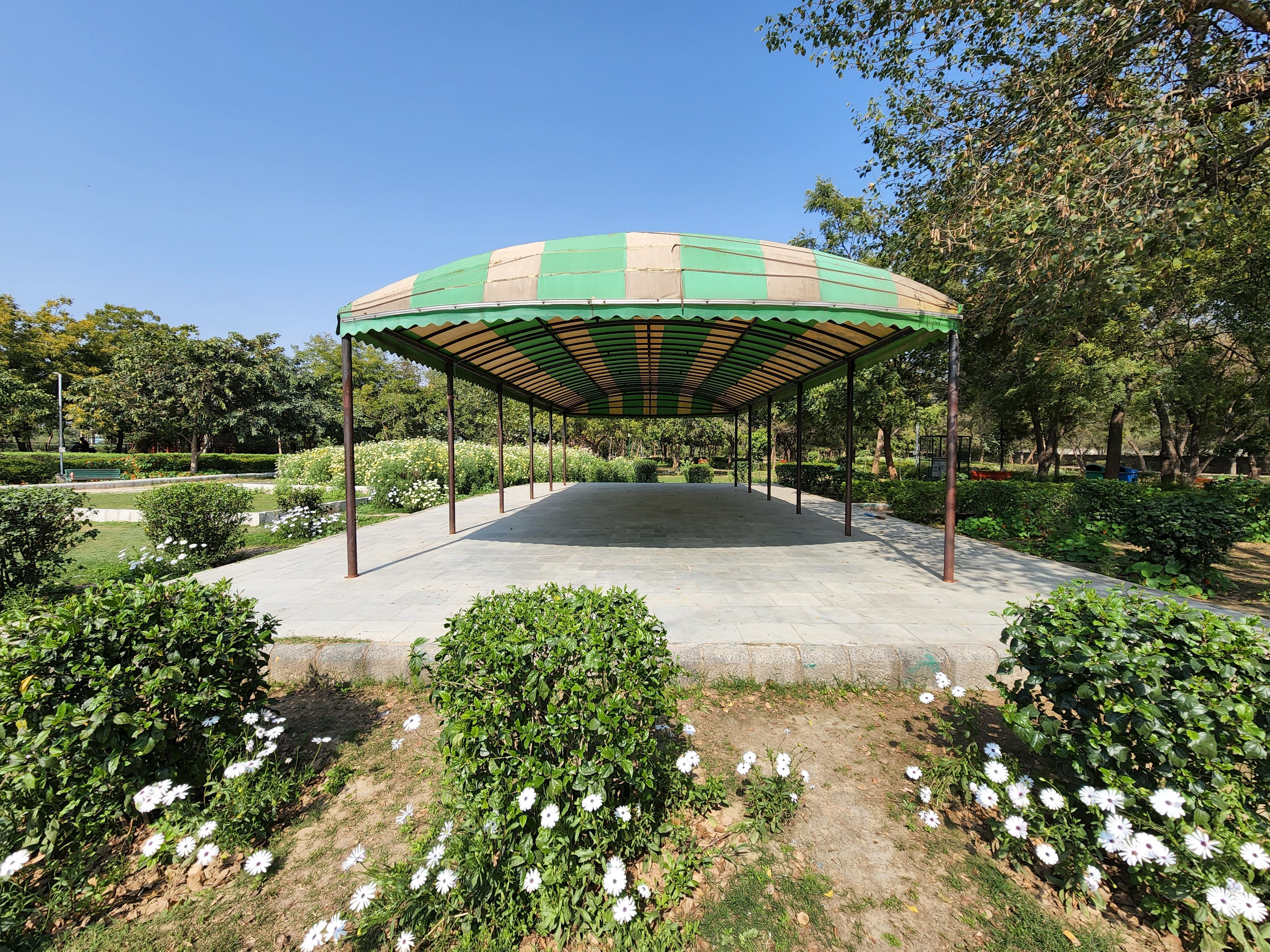 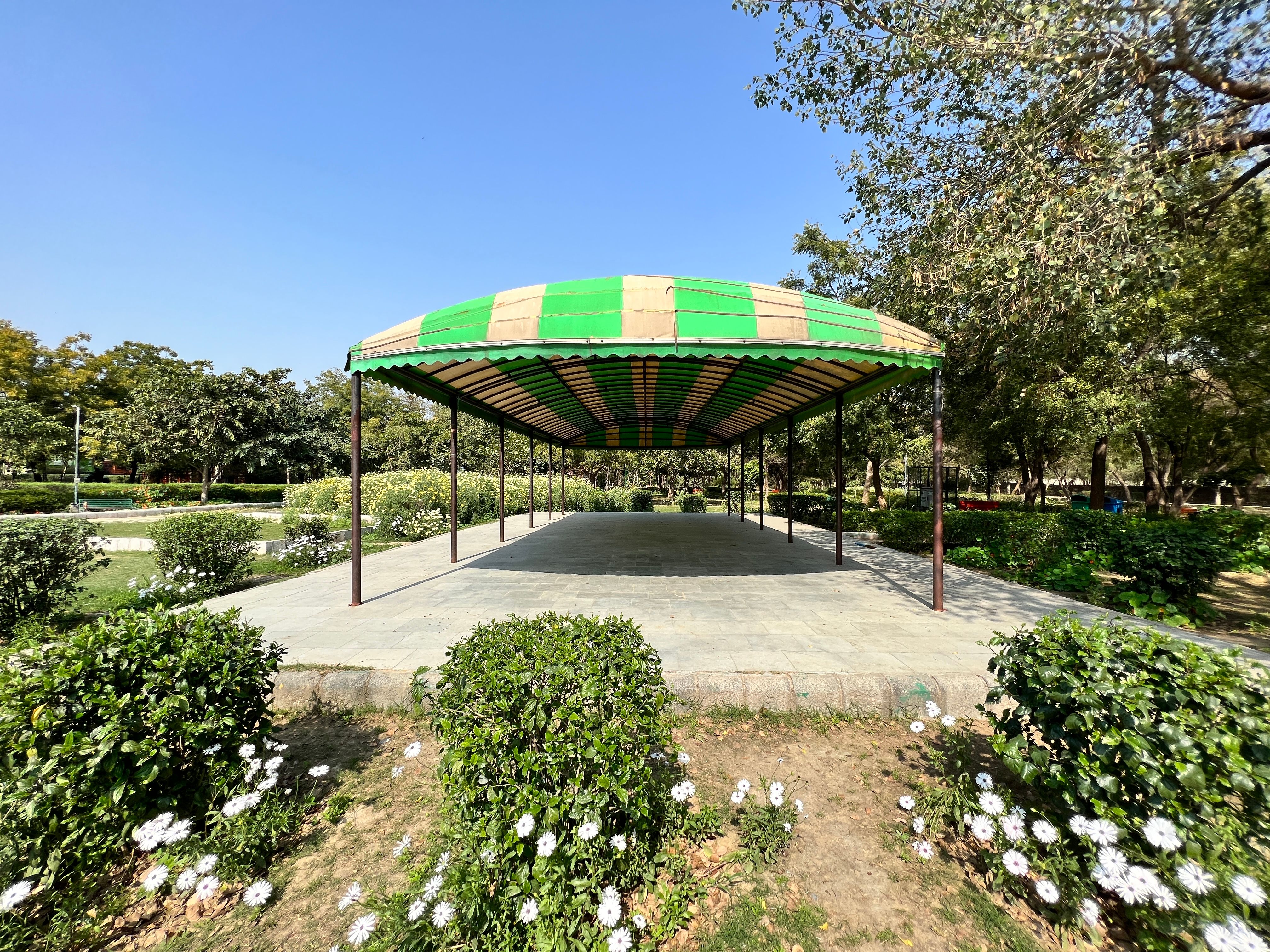 Both the phones can click tasteful close-ups too, however, I noticed that the S22 Ultra could pick on the finer details of a subject better. Take this closeup of a white flower wherein, the S22 Ultra has brought out the details around the pistil extremely well. 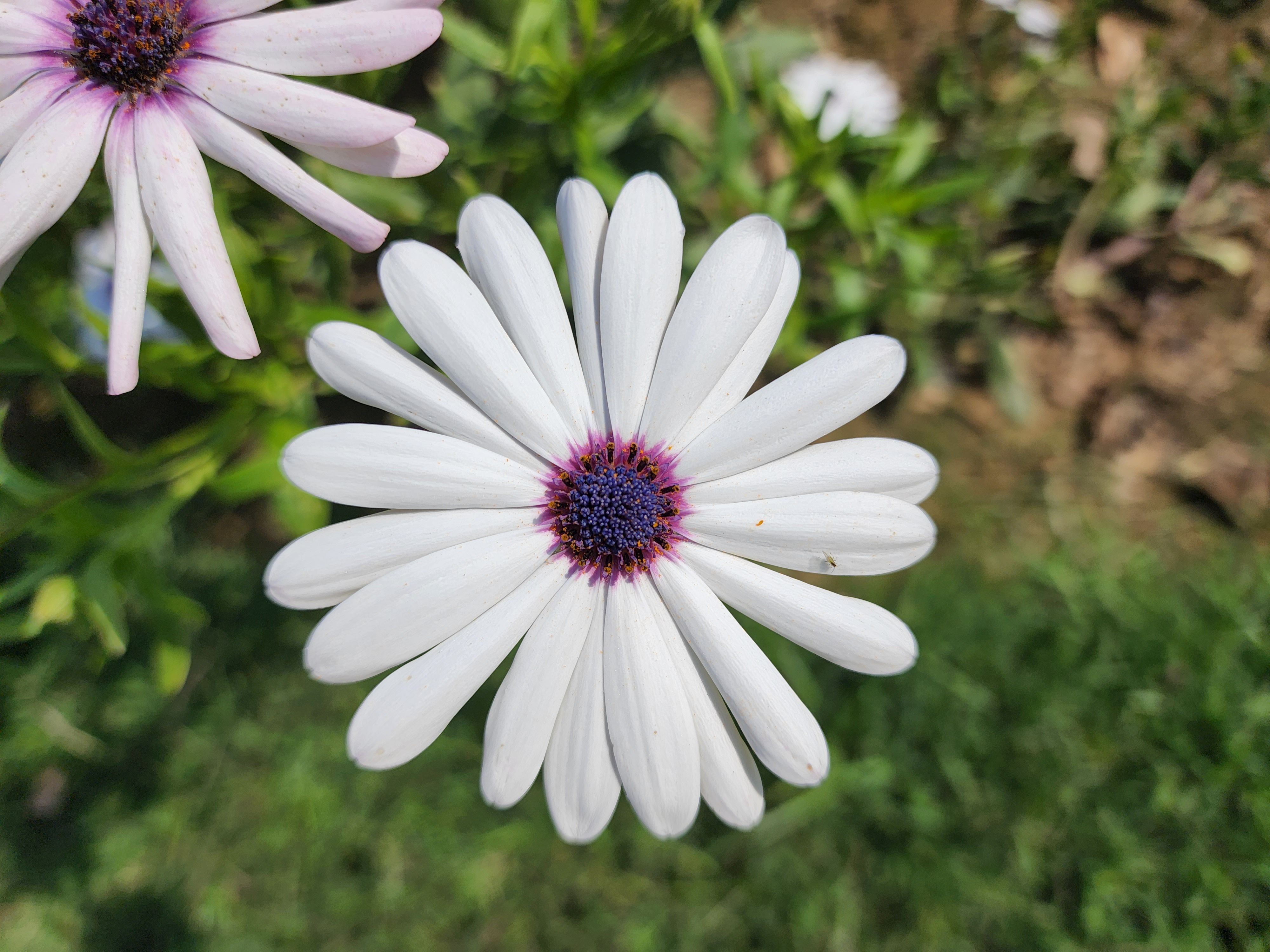 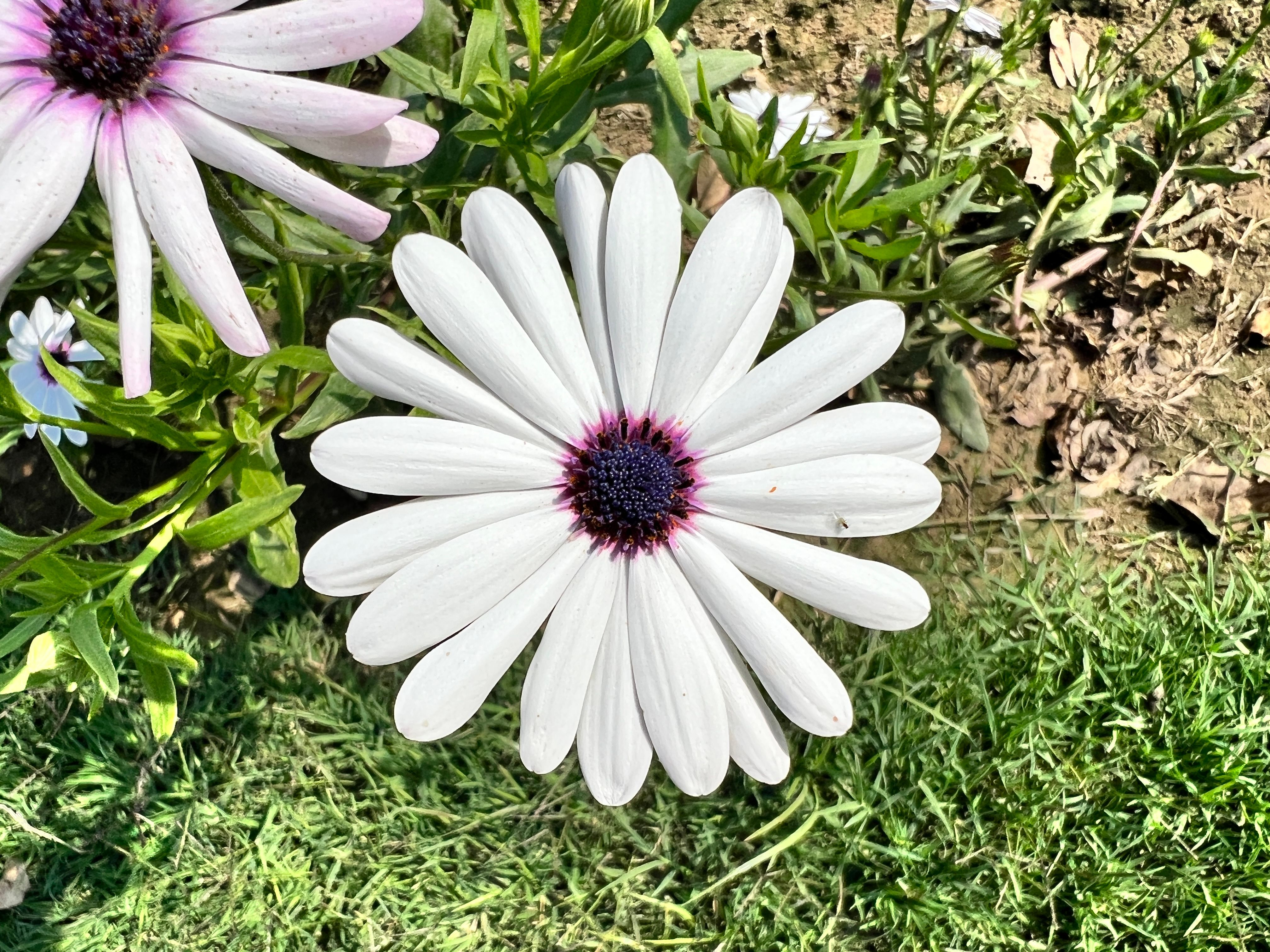 On the other hand, the iPhone 13 Pro’s composition appears more contrast-y and it’s evident that the phone has crushed the shadows around the centre of the subject. Furthermore, the insect on one of the petals appears more structured on the S22 Ultra’s photo too. 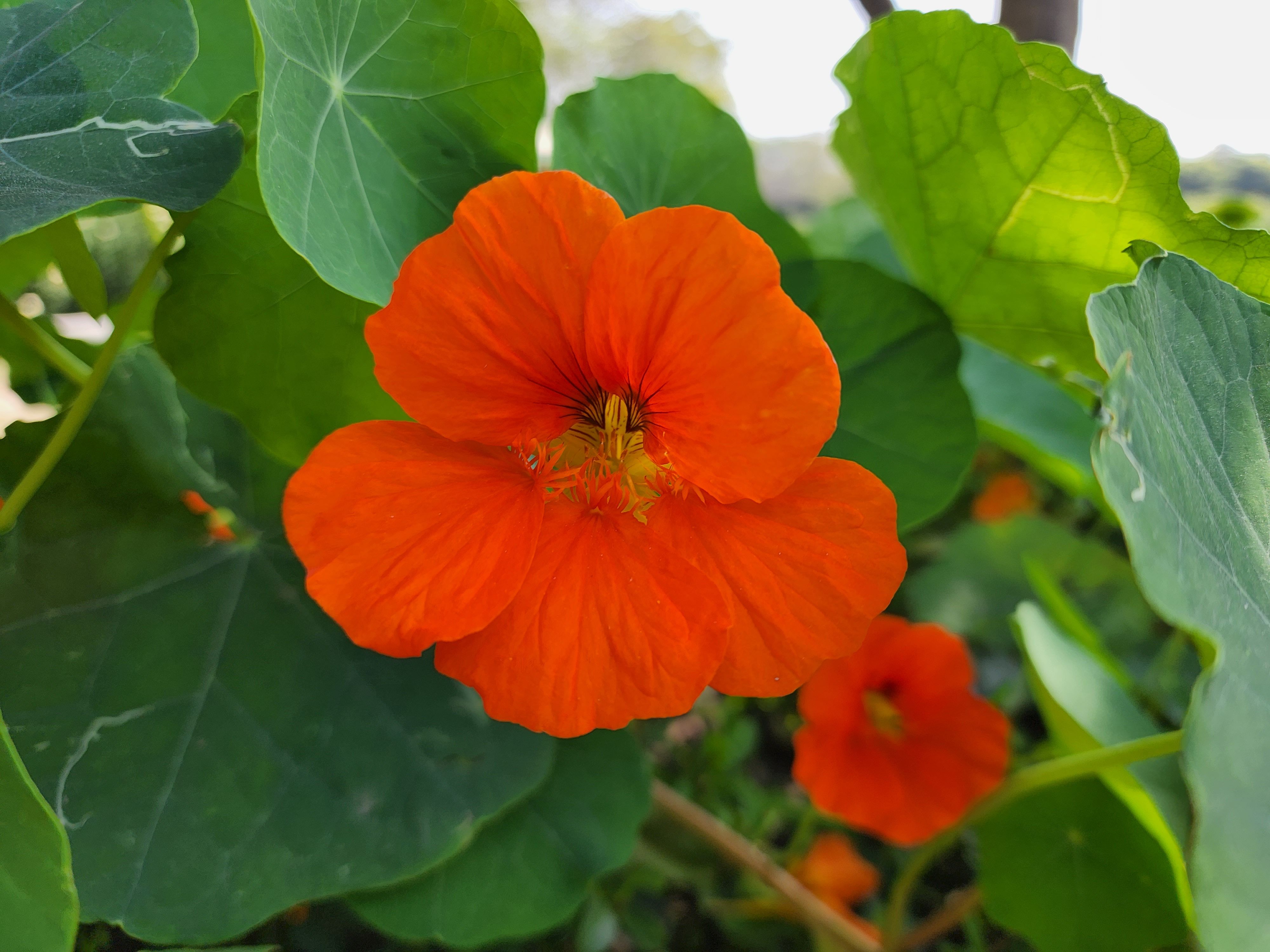 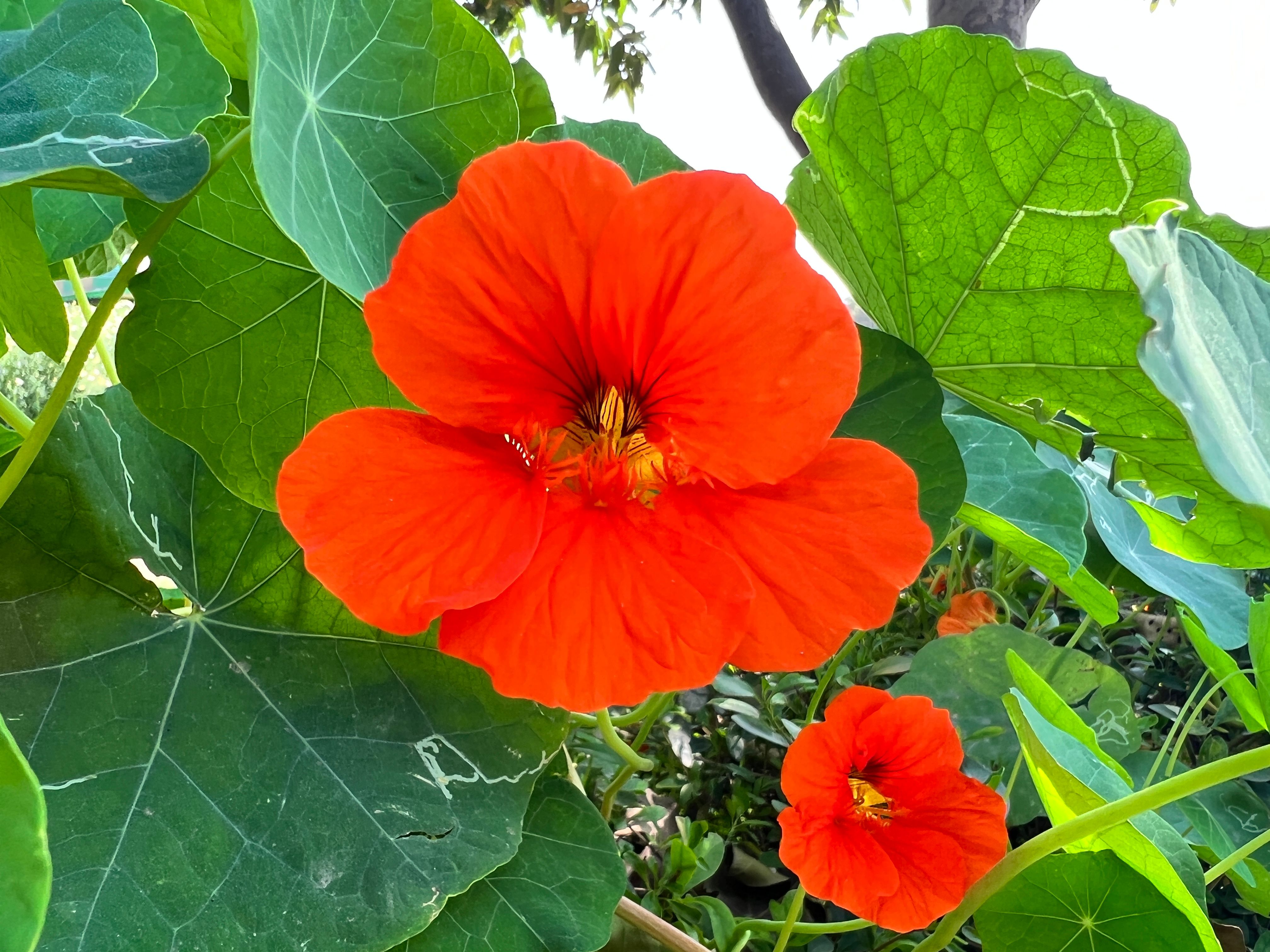 That’s not all, as Samsung’s offering didn’t blotch the orange hue as much as the iPhone 13 Pro Max in this next comparison shot either. Rest assured, the Samsung Galaxy S22 Ultra one-ups Apple’s latest in macro photography.

Samsung has really closed the gap when it comes to portrait photography of human subjects with iPhones. That said, the 13 Pro is still a notch above Samsung’s latest and the handset brings out the details in the shadows admirably. As an example, in the slider attached below, you’ll notice that my eyes, as well as my hair, appear oddly darkened in the S22 Ultra’s photo. So much so, without zooming in, you’d be hard-pressed to tell if my eyes are even open! 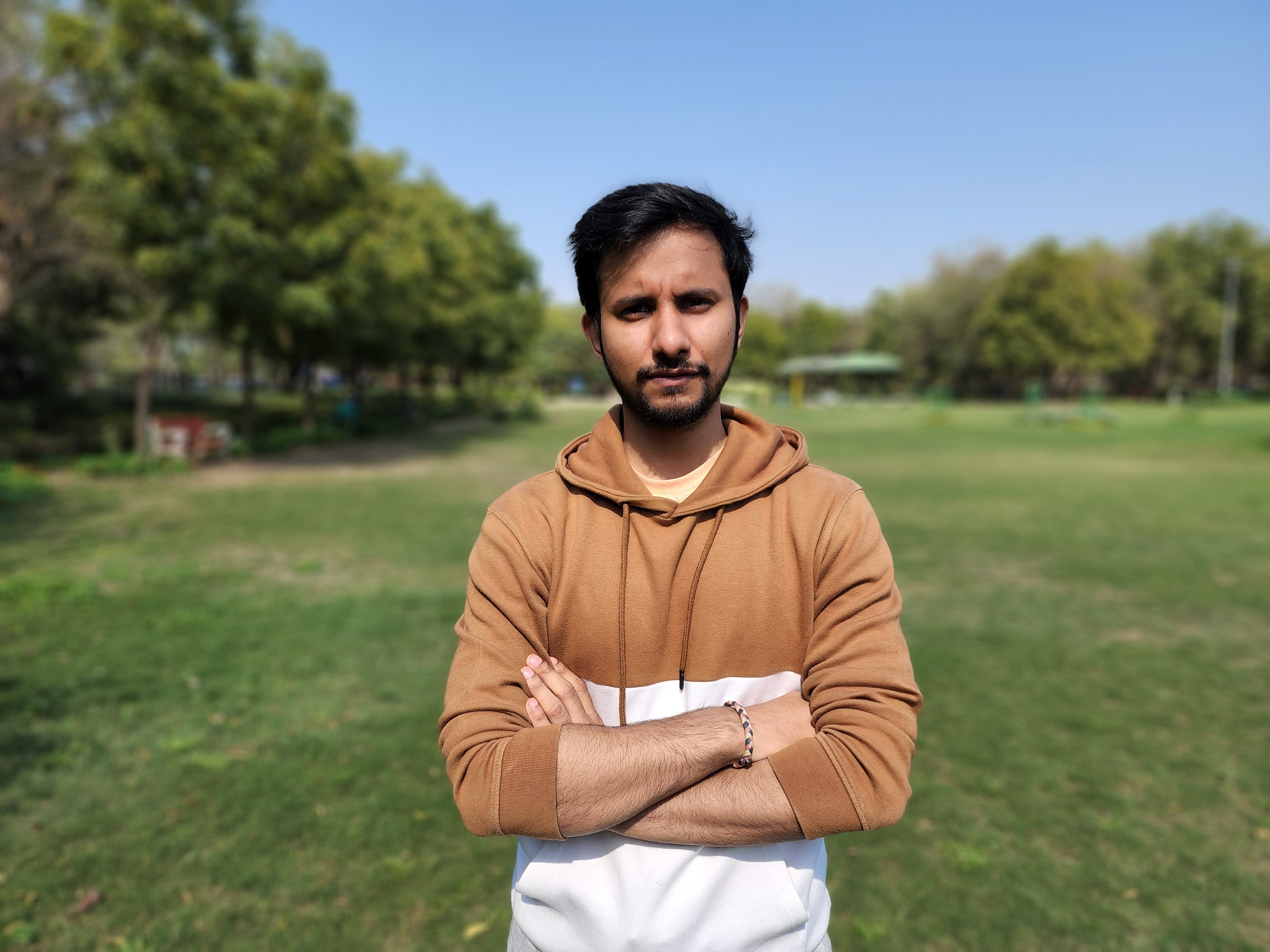 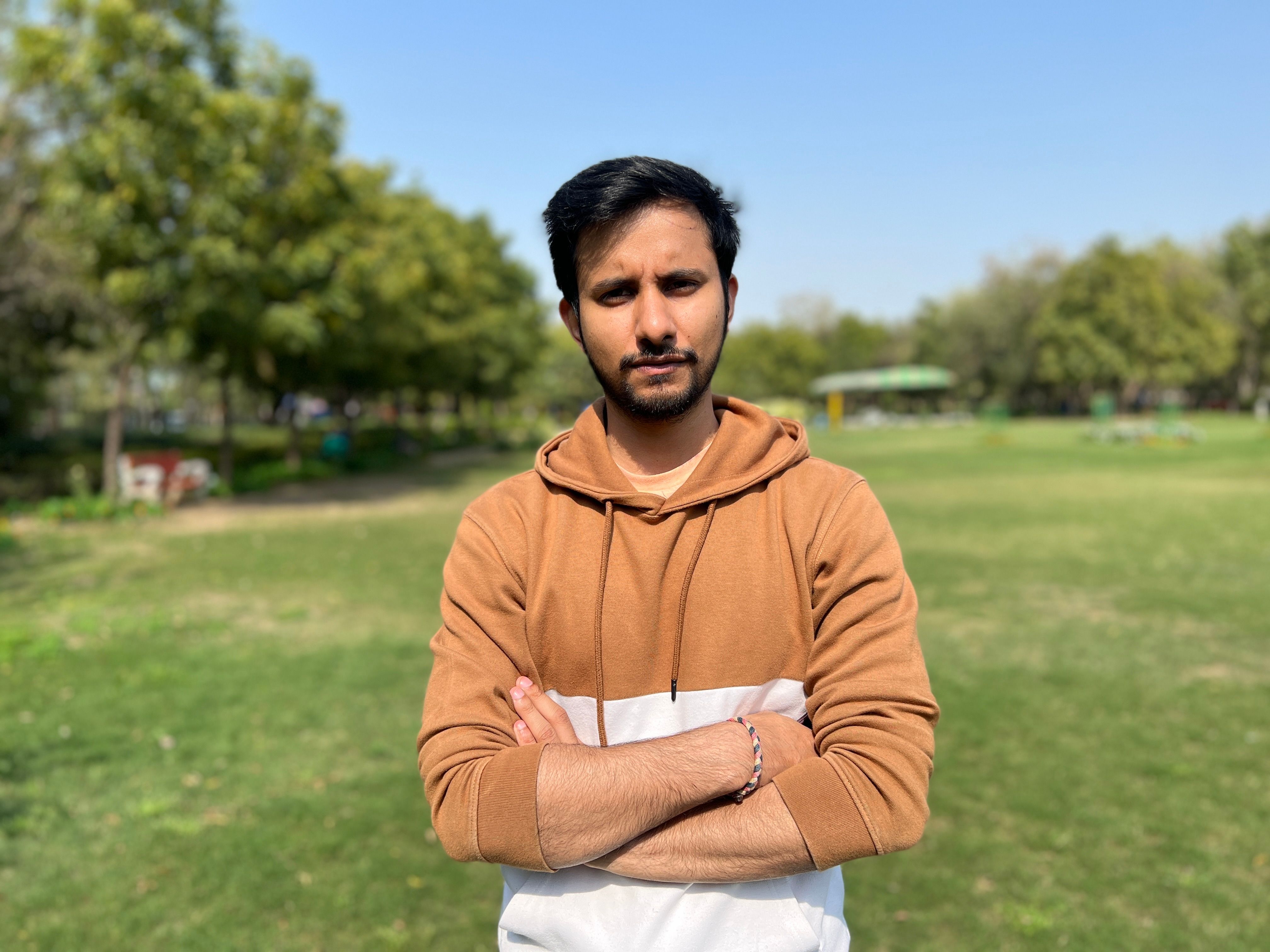 Having said that, the blur effect is equally impressive on either of the two photos and our contenders have done a fantastic job of keeping the bokeh consistent across the frame too.

The selfies from the two phones are, for the most part, indistinguishable from one another. For instance, if you look at the slider attached below then you’ll notice that both the snaps exhibit appealing colours and ample sharpness. 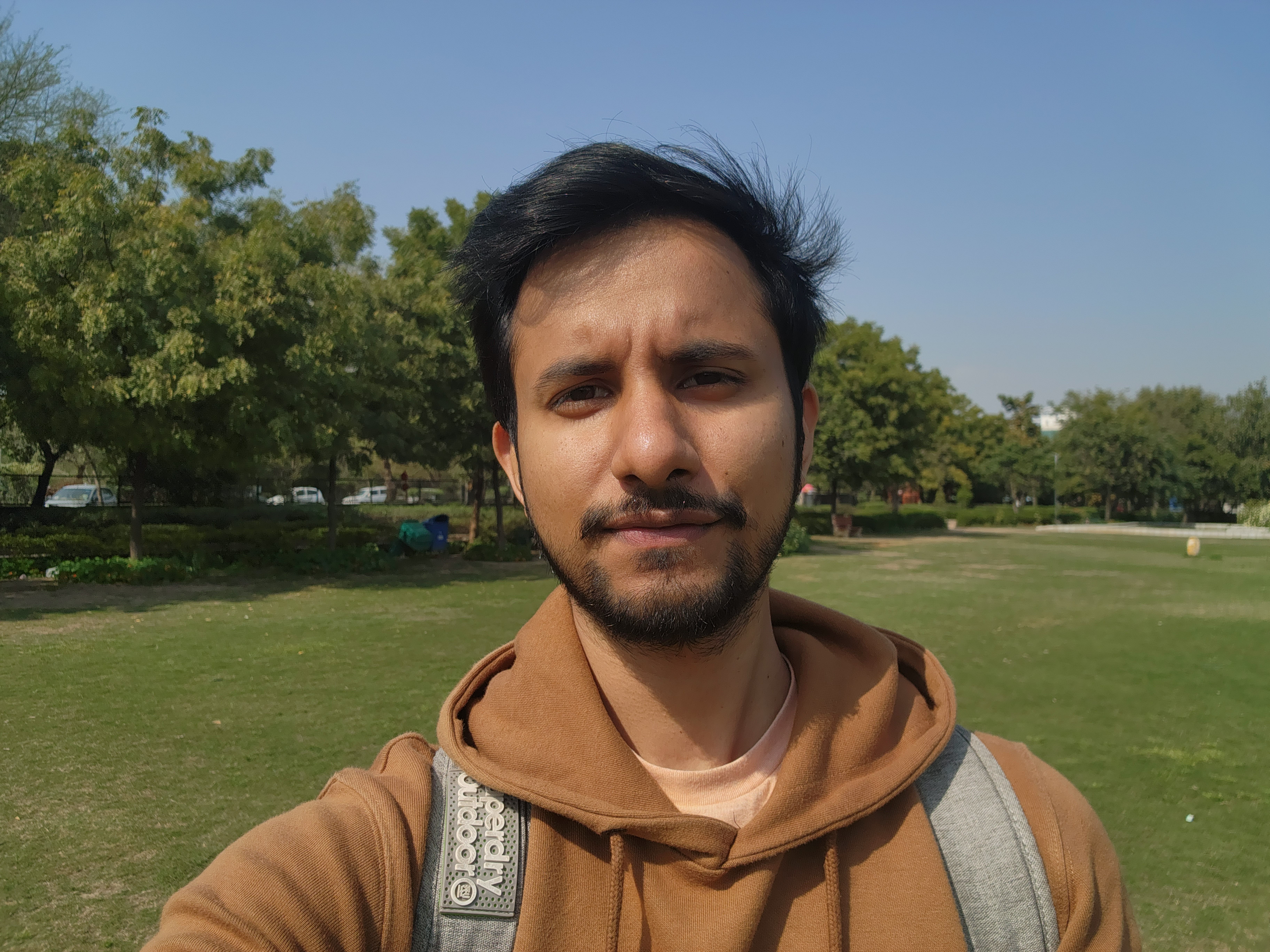 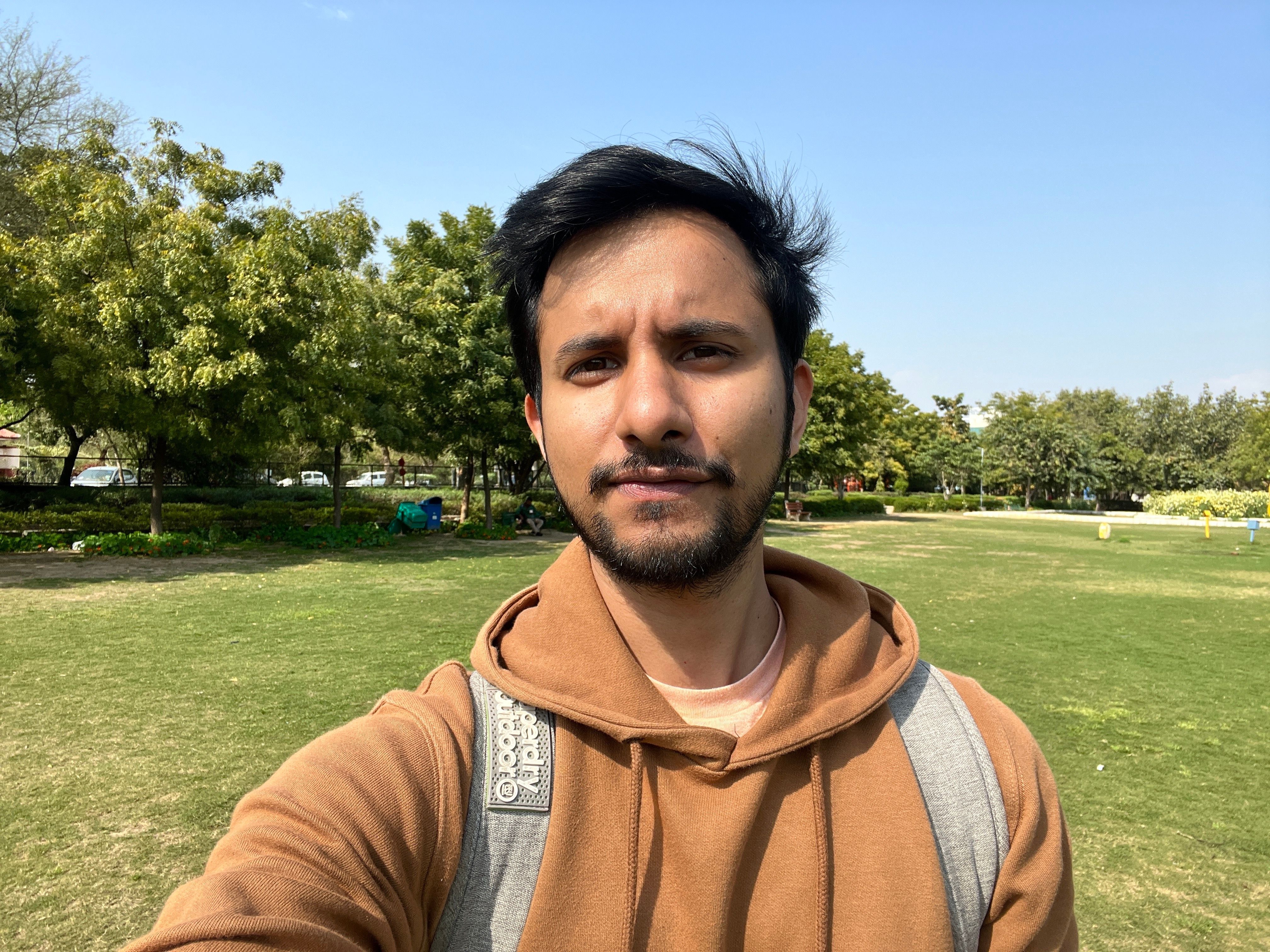 What’s more, the phones have done a good job of introducing a natural bokeh as well, which makes the subject pop that much more. Rest assured, if you’re an avid selfie taker, then you will find both devices up your alley.

A flagship camera phone’s mettle is often tested in low light scenarios. On that note, I noticed that while the iPhone 13 Pro’s photo offered sharper textures and more defined outlines around a subject, the S22 Ultra’s snap, albeit softer, had more visibility and lesser noise. The same is evident if you look at the slider attached below and here, you can clearly see the tripod in the S22 Ultra’s shot. 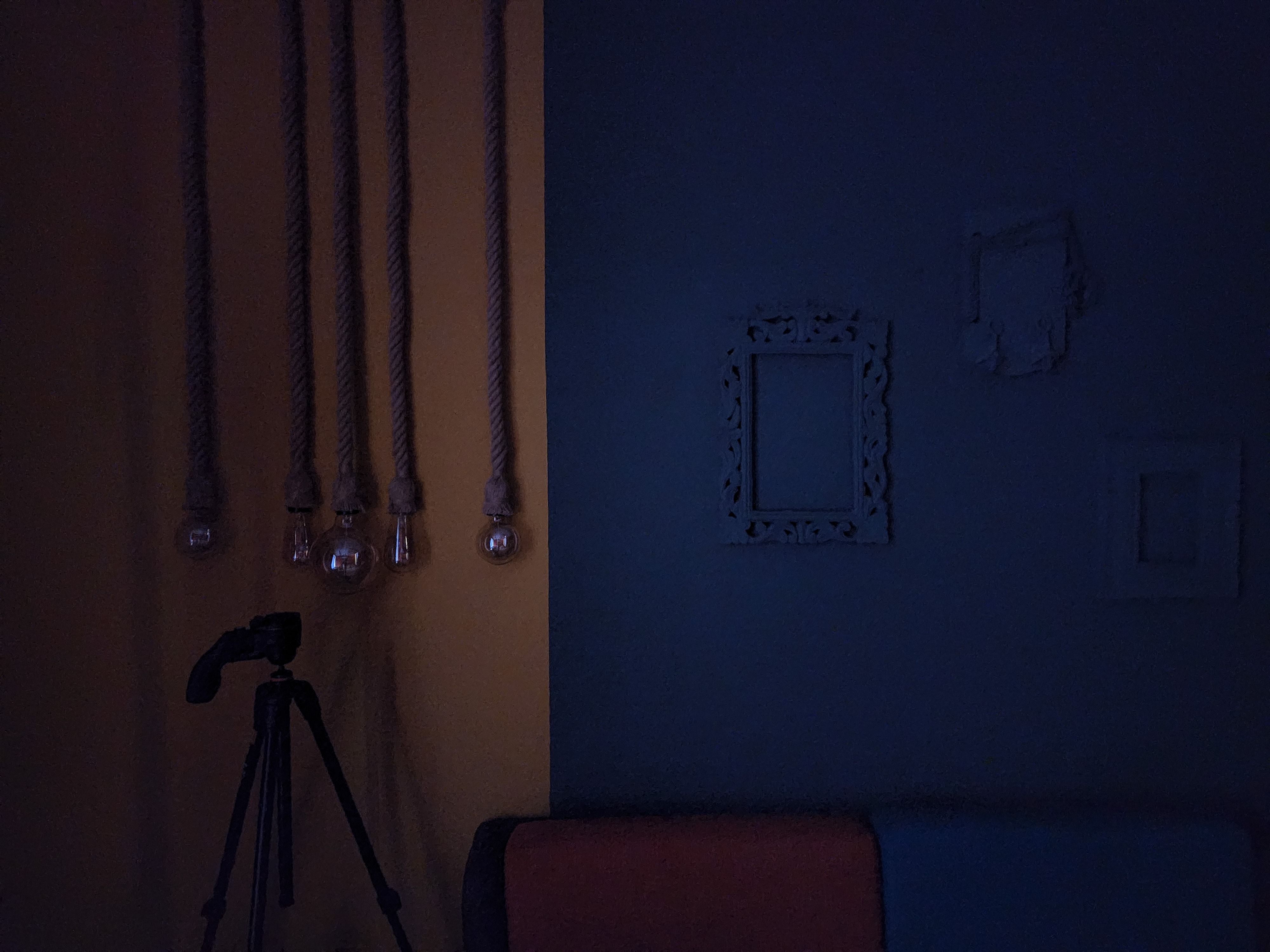 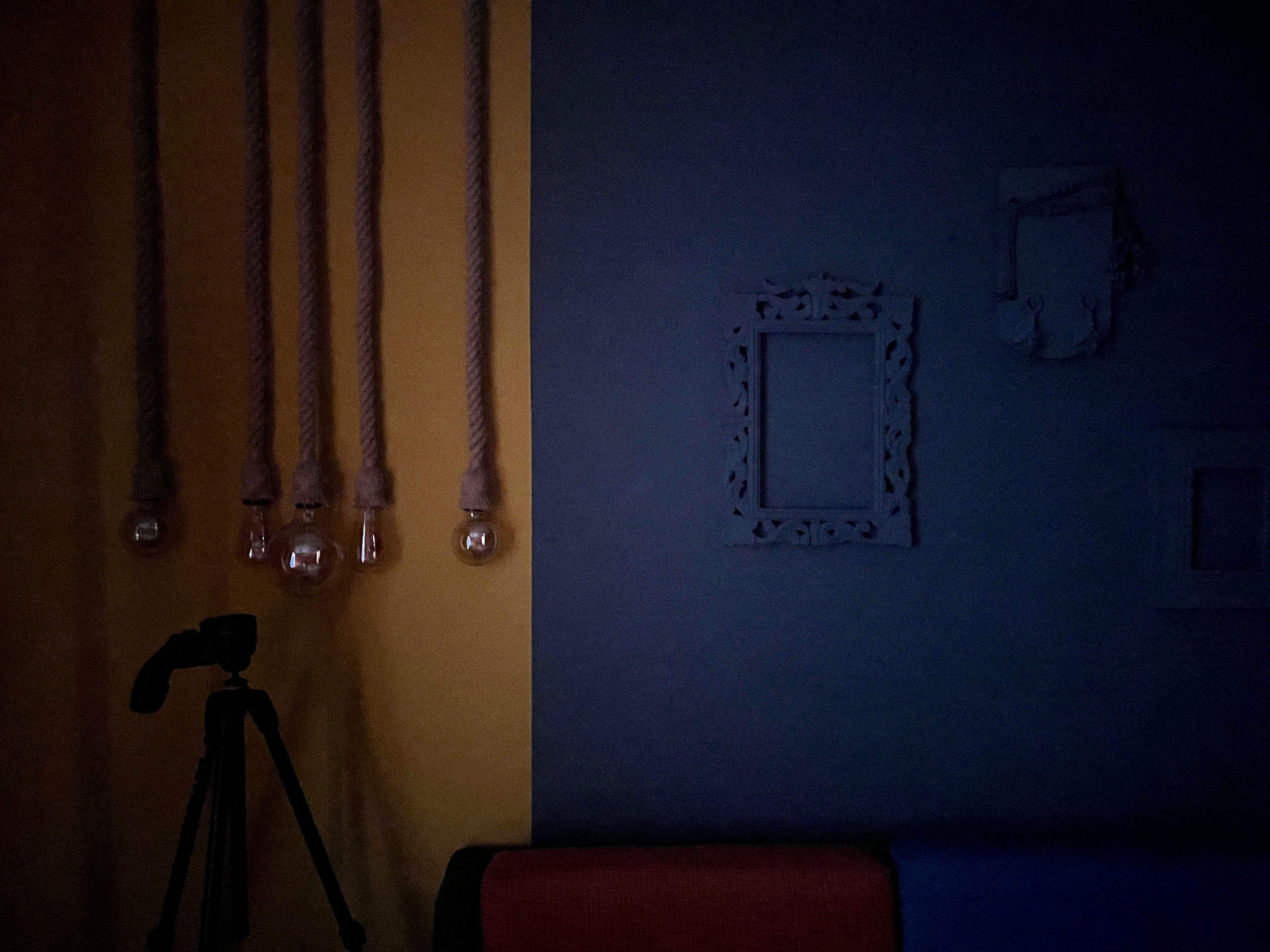 On the flip side, the iPhone 13 Pro’s image has nicer textures, which is evident if you zoom into the couch, or bulbs hanging towards the left. That said, the device offers more noise and a tad less visibility. 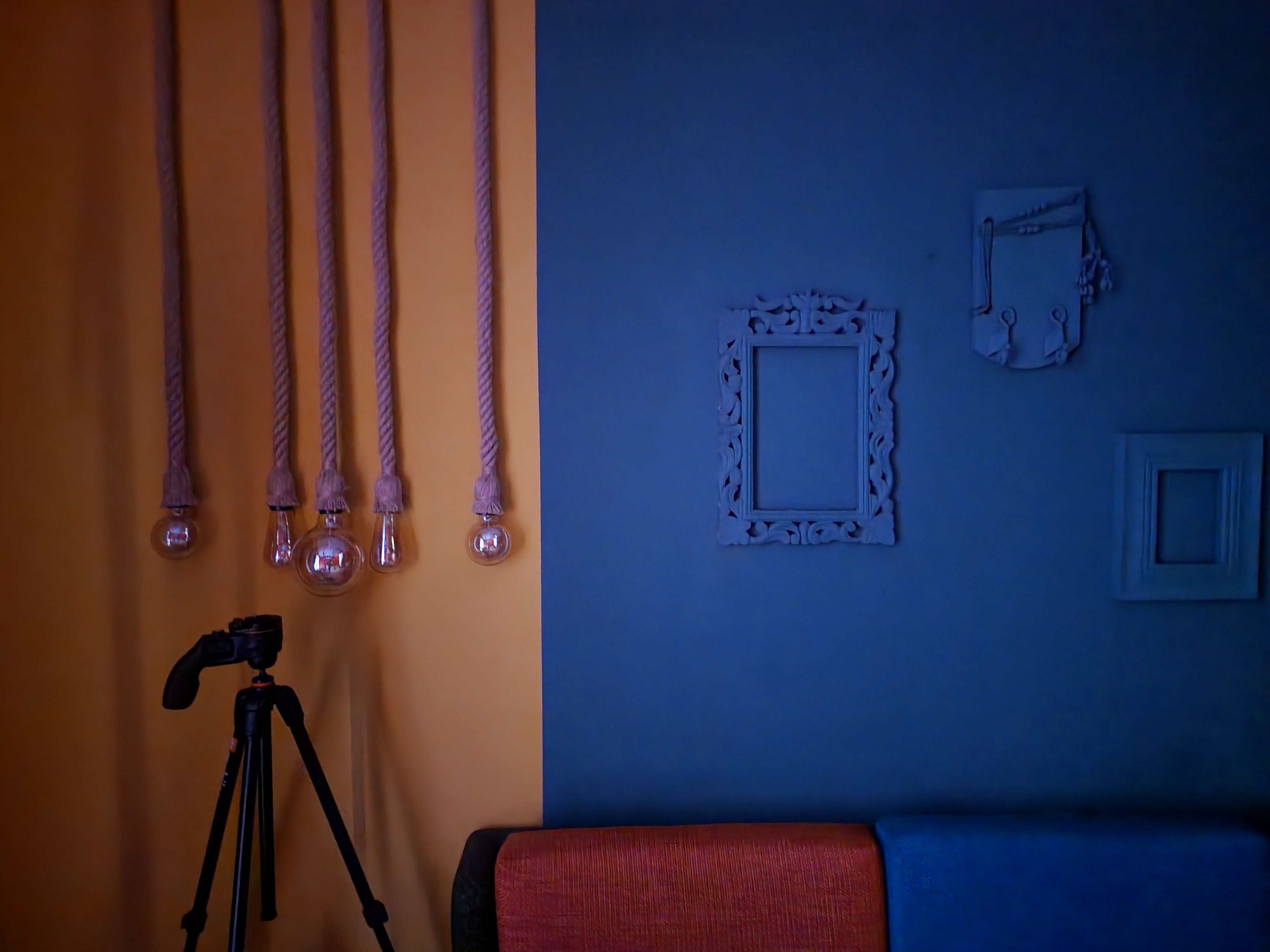 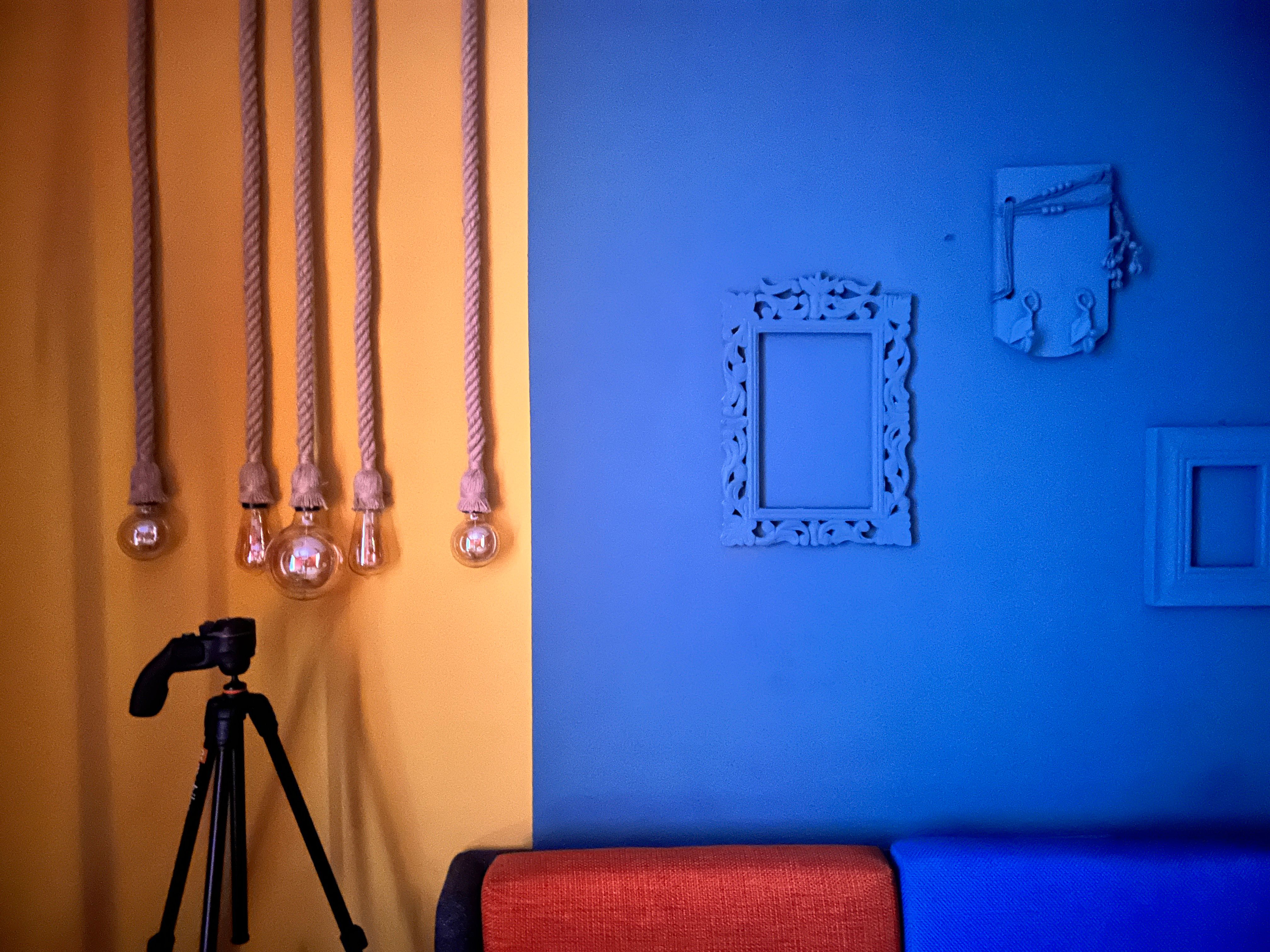 With the night mode enabled, both the phones output excellent images yet again. However, the S22 Ultra’s photo is still the softer of the lot. On the other hand, the iPhone 13 Pro’s image outputs a much sharper snap. What’s more, the image appears slightly brighter too and from a distance, you can easily spot the various elements in the frame. Consequently, between the two, I am more inclined to pick the iPhone 13 Pro this time around.

It goes without saying that both, the iPhone 13 Pro as well as the Samsung Galaxy S22 Ultra offer a remarkable camera experience to budding photographers. Now, choosing between the two is no easy feat, but if you tend to snap a lot of lowlight photos, then the iPhone 13 Pro will fit your bill. Furthermore, the handset can also click remarkably detailed stills during the day, and the unit’s ultrawide angle sensor is on par with the S22 Ultra too. That said, those looking for more versatility will undoubtedly find the S22 Ultra a better buy. For one, the smartphone’s telephoto sensors allow you to hone in on your subject from quite afar. Furthermore, the device nets enticing results in macro photography too. Do let us know in the comments below as to which phone you’d rather buy and for more tech coverage, stay tuned to our blog.